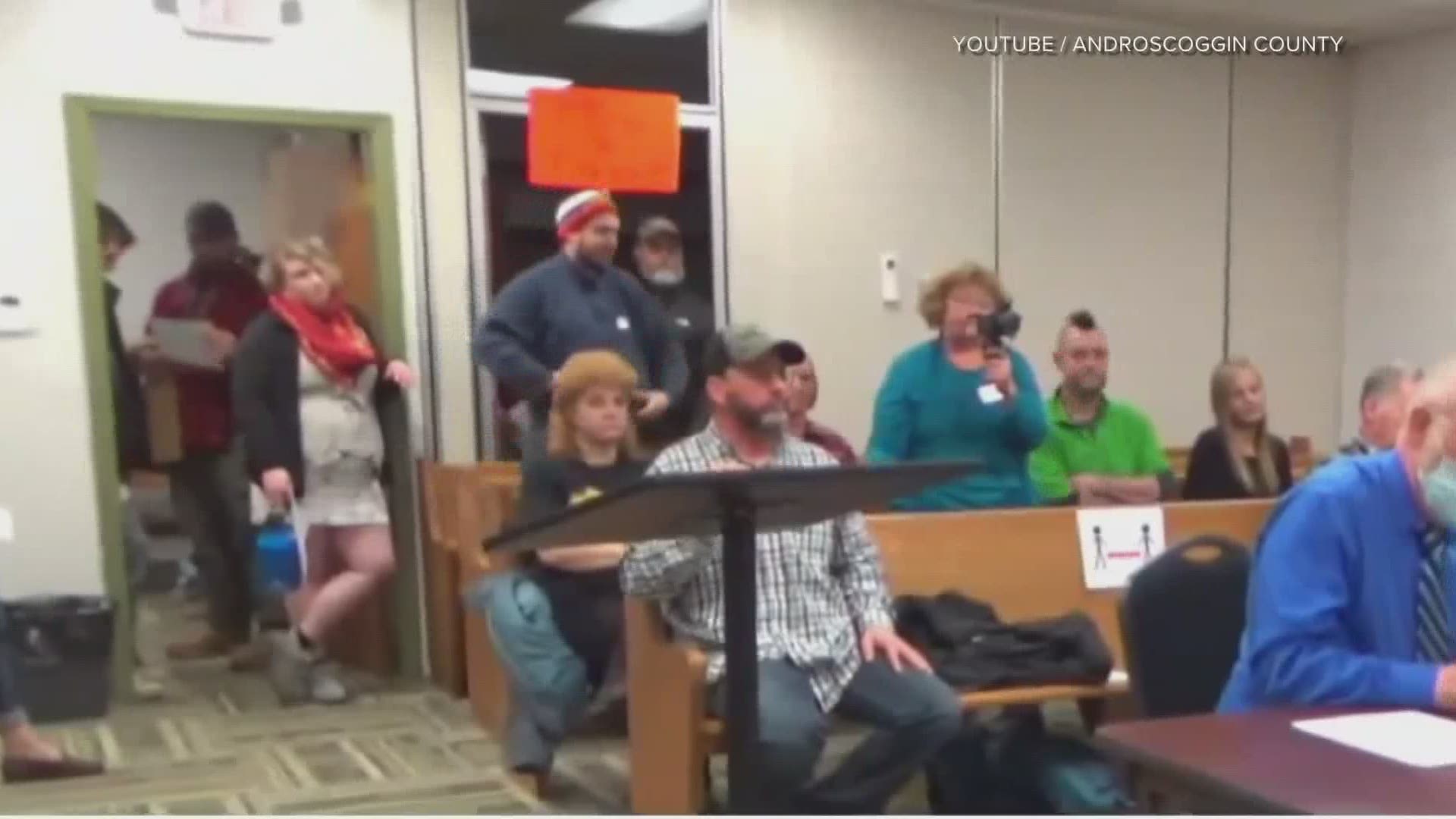 AUBURN, Maine — Editor's Note: The above video aired on Feb. 10.

In a 1-6 vote, Androscoggin County Commissioners on Wednesday voted down an anti-mask resolution that has caused controversy among the commissioners and the community in recent weeks.

The virtual meeting came after several un-masked supporters showed up to speak out on the issue at a meeting two weeks ago, and after Androscoggin County Sheriff Eric Samson said he and his deputies would no longer attend meetings in person unless the mask mandate was enforced.

County Commissioner Isiah Lary, a Republican, proposed the resolution that stated no county official can enforce masking orders in the county, which is home to Lewiston, the state's second-largest city—calling the Gov. Janet Mills' mask mandate "unconstitutional."

Lary was the only commissioner to vote for the resolution in the meeting Wednesday.

Lary also wanted the county administrator to ask the Maine Supreme Judicial Court for a declaration that the orders are unconstitutional.

Maine Attorney General Aaron Frey has already told the county once that the state's masking orders are constitutional. Frey sent a letter to commissioners last week that said “counties, municipalities and other political subdivisions have no authority to exempt themselves from executive orders, and any effort to do so would be of no legal effect."

A citizens' group has also launched an effort to recall Lary and other commissioners who supported the resolution.