Alliance Francaise is an organization with more than 800 affiliates around the world -- and that includes more than 100 chapters in the United States. 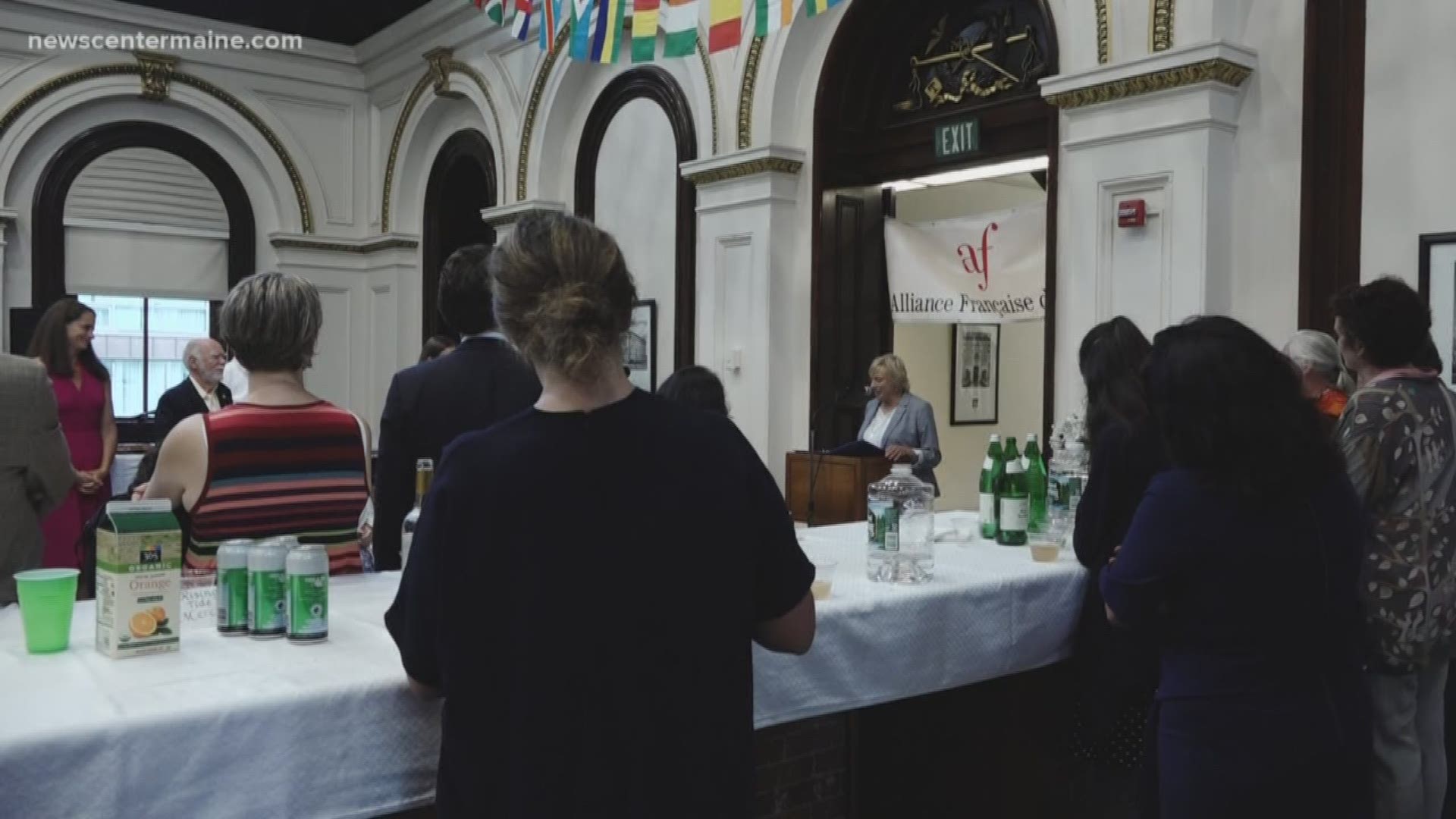 PORTLAND, Maine — The city of Portland celebrated the arrival of a new group to the area Thursday evening at The Custom House on Fore Street.

Alliance Francaise is an organization with more than 800 affiliates around the world -- and that includes more than 100 chapters in the United States.

The new addition in Portland is important, organizers said at the August 29 event, to preserving the deep history of French in the United States. The chapter's president, Regine Whittlesey, who was born in France but has lived in Maine for years, says the language of love is "very alive" in the Pine Tree State.

"French is everywhere. You work in the street, you go to Hannaford -- you’re going to hear French," Whittlesey said. "It may be French from Belgium or Bundy or Congo or France or Haiti -- but it’s French. We share the same language."

Part of what Alliance Francaise aims to do is bring those different dialects together. But there is also another purpose, Whittlesey added, that includes people who may be curious about their forgotten roots.

"There’s a lot of Franco who have lost their French. Their meme or pepe spoke French, but they lost it. So they would like to pick it up again," Whittlesey said. "So we would like to be there for them."

Alliance Francaise does that by providing varying levels of French language courses and recreational events at reasonable prices -- $40 per year for a single membership, or $50 a year for a family membership. Memberships help to bring class prices down and make some events free, Whittlesey told NEWS CENTER Maine.

The Consul General of France in Boston, Arnaud Mentre, helped to organize Thursday's event. He was a guest speaker, alongside Gov. Janet Mills.

"The birth of a new Alliance Francaise is a large event for us. We know it's a very powerful organization to promote our culture and our language," Mentre told NEWS CENTER Maine. "(French was) the first foreign language taught in America -- so it has a very important role in the high schools, in the universities."