During the cross examination, the boy, now 19-years-old, said he lied and denied any sexual or inappropriate contact with Jill Lamontagne when asked about it by school officials during an initial investigation in March 2017. 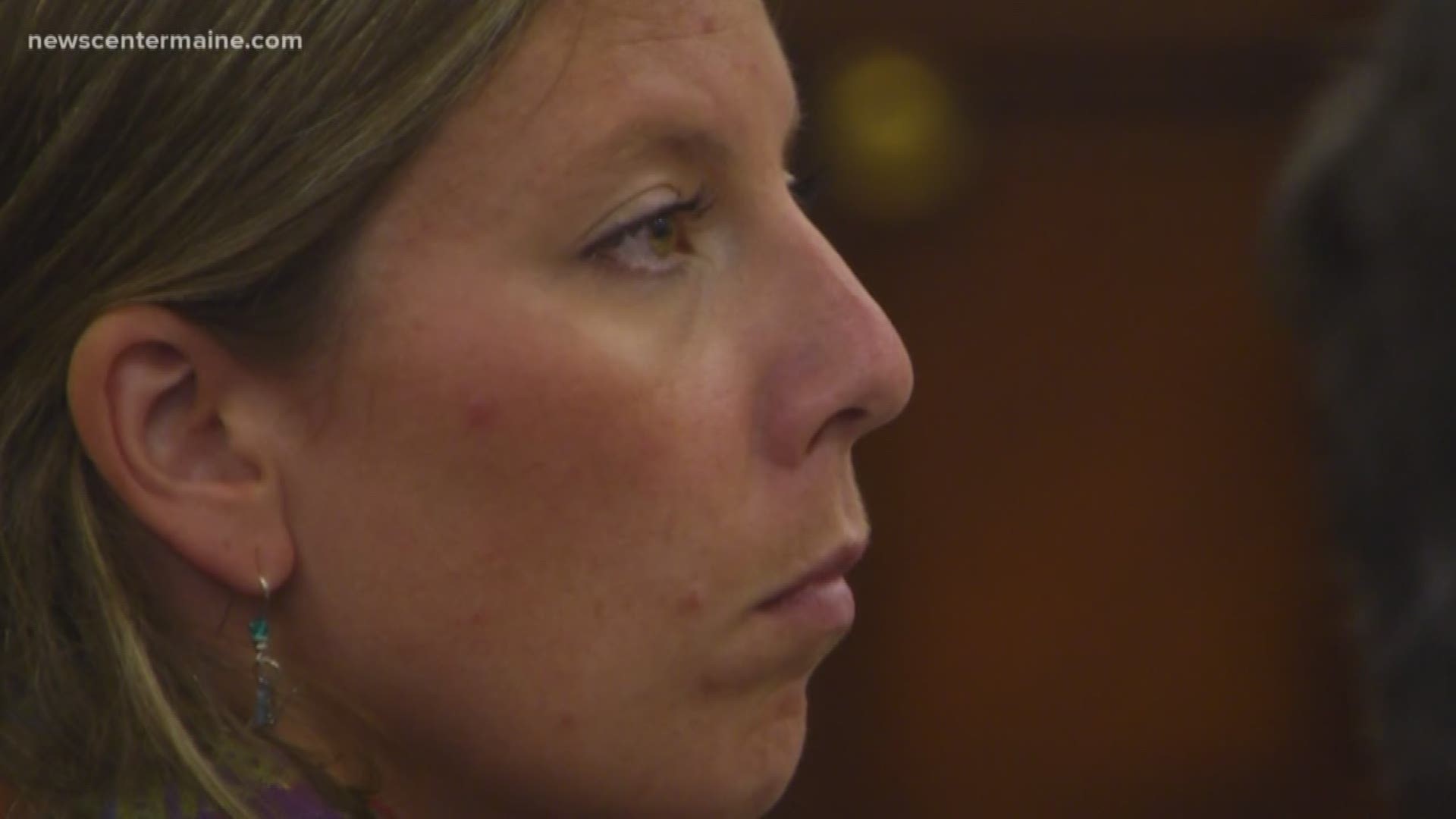 ALFRED (NEWS CENTER Maine) -- In the second day of the trial of a former Kennebunk High School health teacher facing 14 counts of sexual assault, sexual abuse of a minor, and misconduct, the alleged victim took the stand.

During the cross-examination Tuesday morning, the boy, now 19-years-old, said he lied and denied any sexual or inappropriate contact with Jill Lamontagne when asked about it by school officials during an initial investigation in March 2017. No charges were filed at the time and the boy said the relationship continued.

He added that he and Lamontagne would talk about how much they loved each other and about being together after he graduated. The alleged victim even went as far as to say, at the time, he was willing to be a stepfather to Lamontagne's two children when pressed by defense attorney Scott Gardener.

A close friend of the alleged victim, Caleb Shields, 19 years old, also testified. He said he had gotten a call from Lamontagne on his cell phone at one point after the alleged victim's phone died following a day of skiing or ice fishing together. Shields said the person on the phone, who he said identified herself as Lamontagne, asked if the other boy was alright and to tell him that she loved him. Shields could not say how Lamontagne got his number. However, when the defense played a video of Shields's initial interview with police from August 2017, the video could not definitively corroborate his testimony.

A text message was also brought before the jury by Kennebunk Police Detective Steve Borst, a lead investigator on the case. The text was allegedly sent to the boy by Lamontagne and contained a screenshot of a song by country artist Chris Young entitled "Who I Am With You," accompanied by a text saying, "Listen to the words."

The jury trial is scheduled to continue into a third day on Wednesday. It is unclear whether or not Jill Lamontagne will testify.