Albert Flick is accused of stabbing a woman to death in front of her two sons in Lewiston. 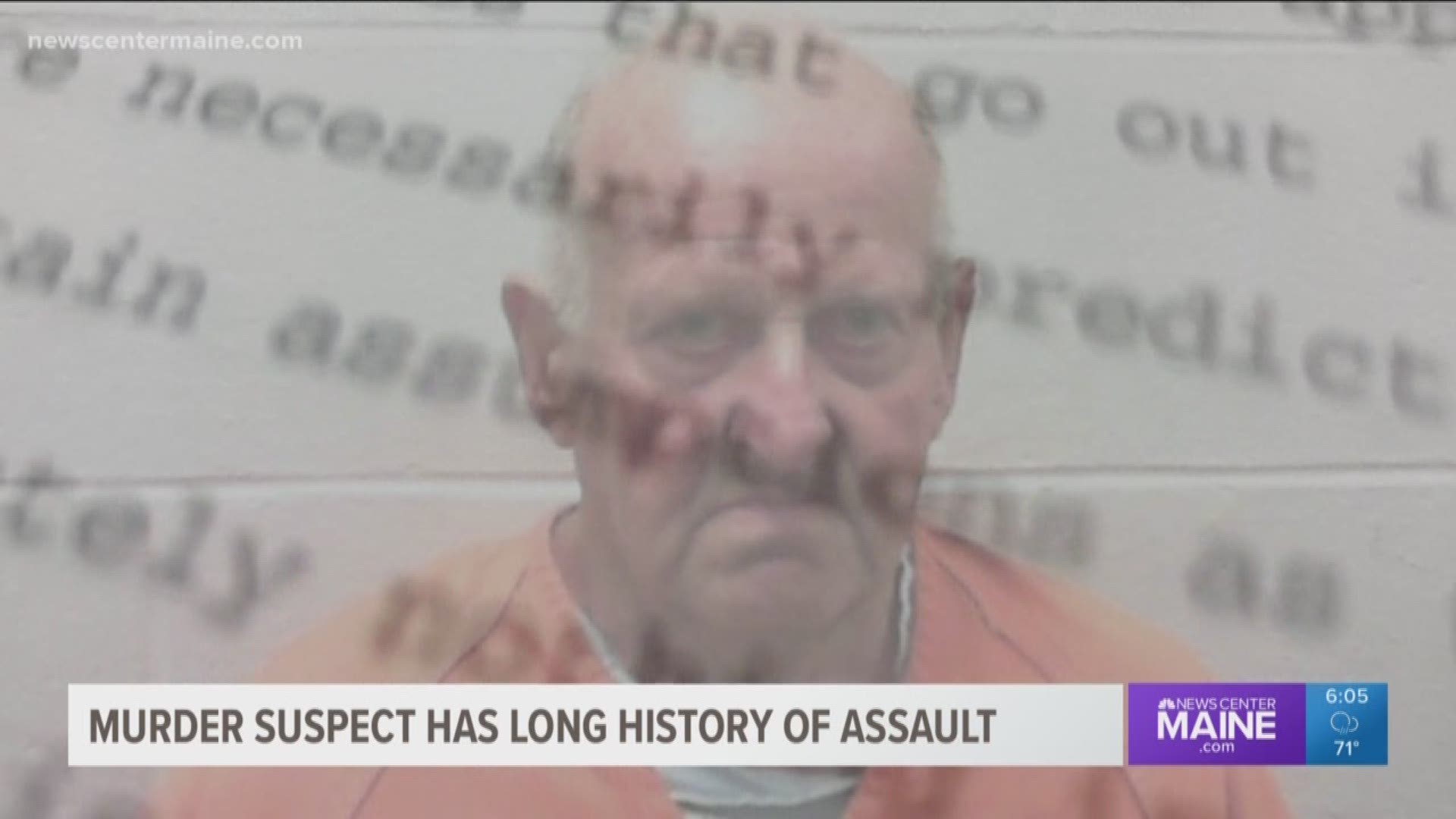 AUBURN (NEWS CENTER Maine) —The man accused of stabbing a woman to death in front of her twin sons in Lewiston is pleading not guilty by reason of insanity.

Flick was arrainged on Tuesday at the Androscoggin County Superior Court in Auburn where he entered the insanity plea.

A bail hearing was also held where new details about the case emerged.

A Maine State Police Detective said Flick used had five-inch pink knives. One to stab Dobbie , the other was in the small of his back. Surveillance video of Flick purchasing the knives at a Walmart was shown in court Tuesday.

Dobbie had recently moved to Lewiston and was living in a homeless shelter with her 11-year-old sons.

On the day she died, July 15, Dobbie was doing her laundry at Rancourt's Laundromat on Sabattus St. when, according to police, she started a load of laundry and then went outside and was attacked by Flick around 10am.

Police say when they arrived, Flick had been tacked to the ground by a bystander. Flick was face down in front of Dobbie who was still on a set of stairs she had been sitting on. Police say one knife was on the ground and the other in the small of Flick's back.

Detectives told the court that Dobbie was on the phone with a man when Flick attacked her. The man told detectives Dobbie was talking about another man who was stalking her and wouldn’t leave her alone when he heard screaming.

Flick was taken to the hospital after complaining of heart pain. Police say it was there where Flick waived his Miranda rights and told police “I had a knife...had to do it.”

Chilling surveillance video that shows the moments right before and when Dobbie was stabbed to death was also shown in court. You could see Flick standing outside the laundromat as he waits for Dobbie.

After hearing the evidence, the detective's testimony and seeing the surveillance video the judge denied bail saying Flick is a substantial risk to the community.

He is being held at the Androscoggin County Jail.

Flick was convicted of another, similar murder in 1979 where, according to court documents, he stabbed his then-wife Sandra Flick in front of her child. He was sentenced and eventually released after serving his sentence.

An Androscoggin County grand jury indicted Flick and charged him with Dobbie's murder on Aug. 7.