After planning her funeral, family of woman recovering from COVID-19 thankful she's alive

Andrew Lerman says his mom was in a coma for five weeks and woke up on the day they were preparing to take her off life support. 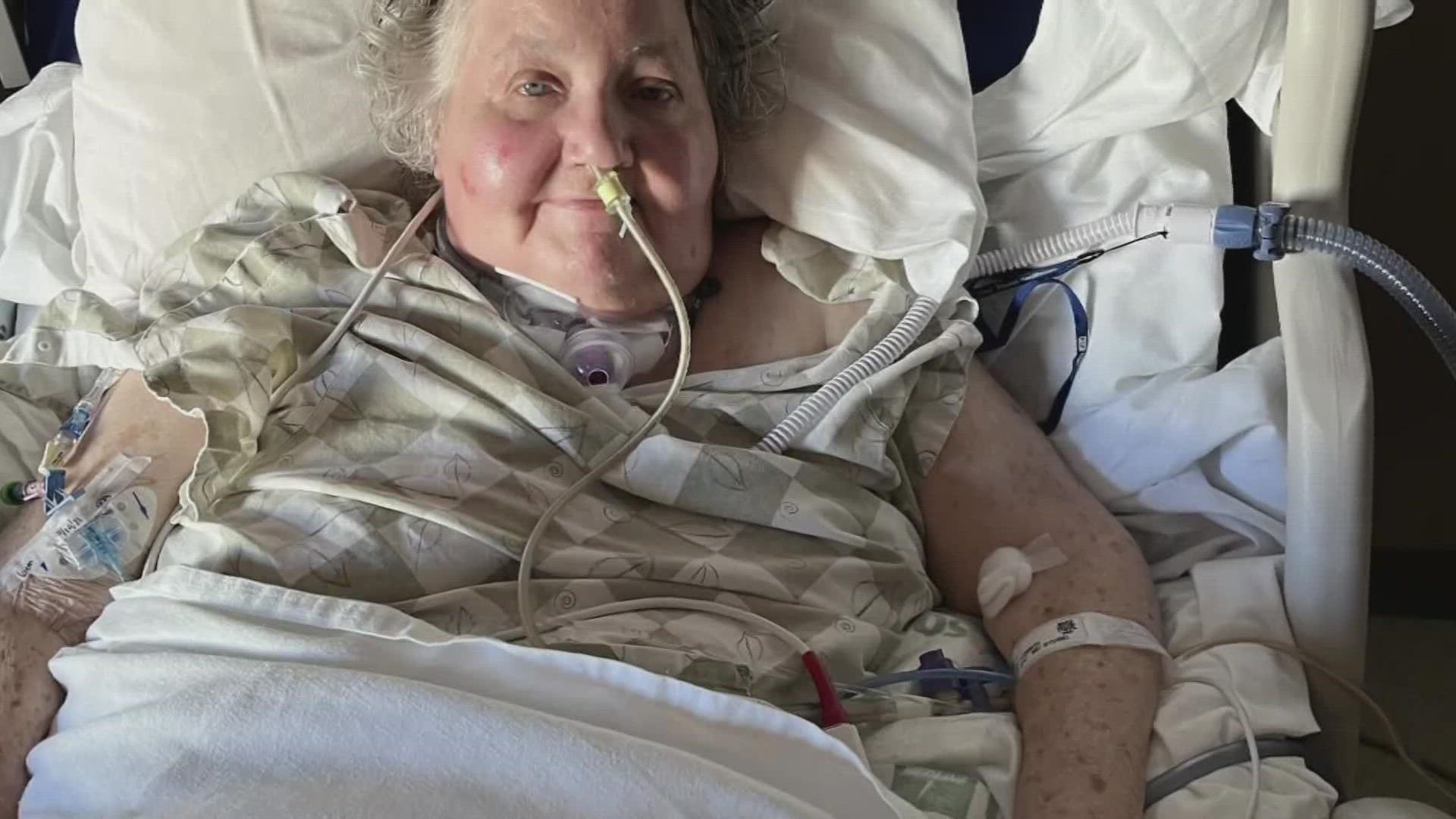 PORTLAND, Maine — Bettina Lerman is lucky to be alive. The 69-year-old was first diagnosed with COVID-19 in September.

Lerman said his mom was not vaccinated and due to underlying health conditions wound up in a medically-induced coma at Maine Medical Center.

After five weeks of praying she would recover, doctors told the family they needed to plan to say goodbye.

"They said that her lungs were pretty much shot, never to recover, never to be used again,” Lerman said. “They were saying that there was no possibility of her waking up."

But on the day they were planning to make the difficult decision to take her off life support, Bettina woke up.

"When we got the call, I was shocked. We would have never thought this,” Lerman said. “We planned her funeral and everything.”

More than 300 Mainers are currently hospitalized with the virus, according to the Maine Center for Disease Control and Prevention, a pandemic high.

“These numbers are sobering,” he wrote. “They are a reminder that the virus will not be taking time off for the holidays.”

Shah said there is no doubt the virus will spread even more following Thanksgiving gatherings. While there was not a media briefing this week, last week Shah once again urged unvaccinated people to get their shots.

Lerman said he, his mom, and members of his family who are not yet vaccinated now plan to get their shots soon.

"We are definitely getting vaccinated. I think we have 18 days left before we can do it,” he said.

This Thanksgiving, Lerman said he is hopeful his mom’s story reminds everyone of what really matters.

“I'm very thankful right now. We'll take every single day that we can get with her,” he said.

The family has already raised thousands of dollars to help cover expenses on a GoFundMe page. Click here for more info.