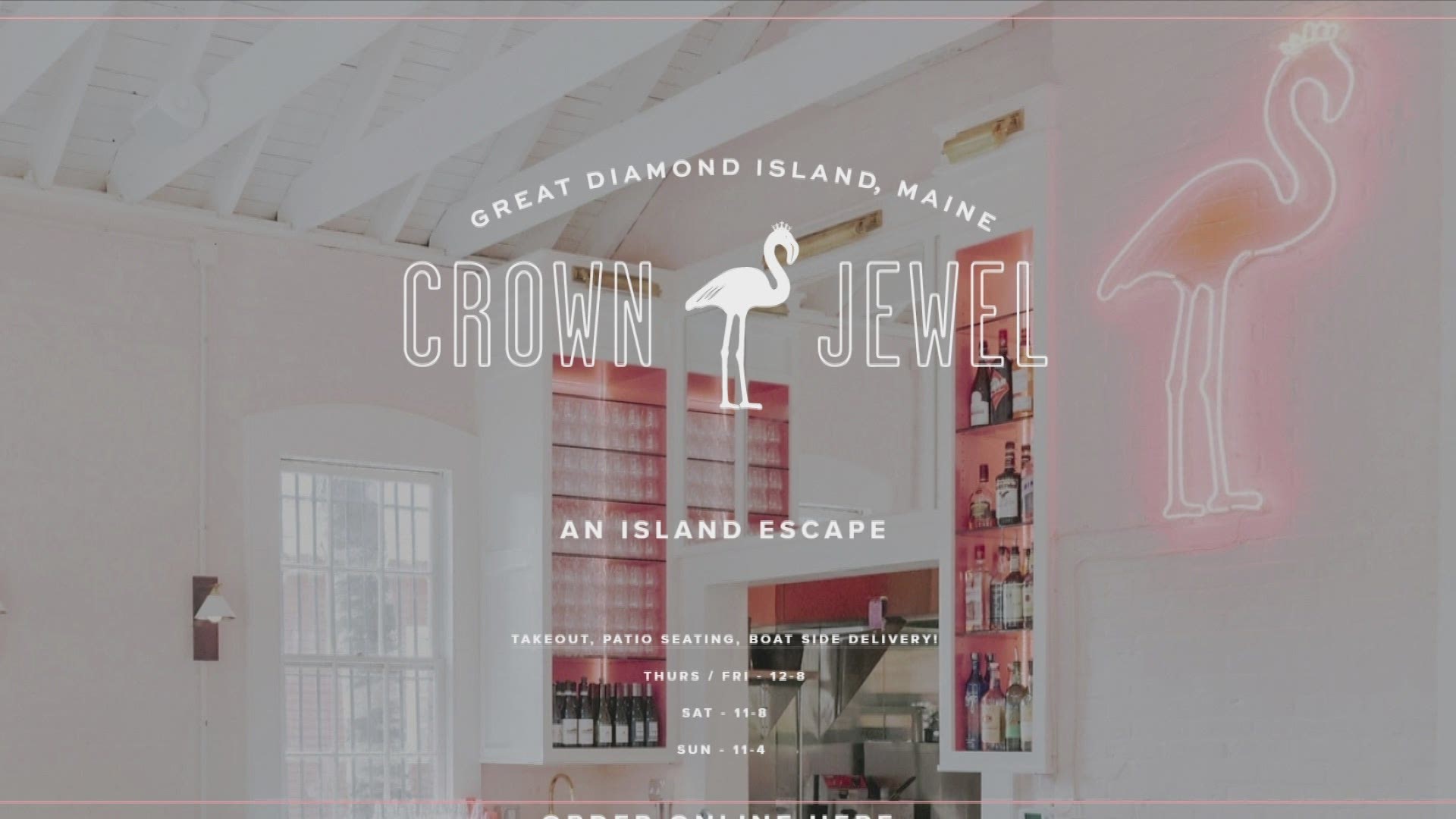 PORTLAND, Maine — "Regretfully, we will be closing Crown Jewel for the season on Sunday, August 9th."

That is the beginning of an Instagram post from the restaurant, Crown Jewel, on the private island, Great Diamond Island.

The decision to close early, according to the post, came after the restaurant's license was revoked to lease space on the dinghy dock at Diamond's Edge Marina which is located nearby.

This past spring the restaurant, which also has a small general store, surveyed residents of the island to gauge interest.

"Pandemic or not, Crown Jewel and The General Store cannot exist on the support of islanders alone," the post said.

So, they developed a boat side delivery program launching from that leased space at Diamond's Edge. They say the income generated from that enabled them to operate this season amid the pandemic.

However, that agreement appeared to end Friday night.

"We have been accused of 'ongoing violations,' which include instructing our guests to tie up at the dock," the post further explains.

"We do not instruct our guests to tie up at any dock at the marina because we do not want to subject them to continued conflict."

The business will not be able to stay open without the boat side service. They will be open Saturday and Sunday before closing for the season.

"We are all in this together," the post says. "Let's find more ways to be kind, to be patient and to lift each other up."