Advocates and Portland's homeless get sit down meeting with Mayor 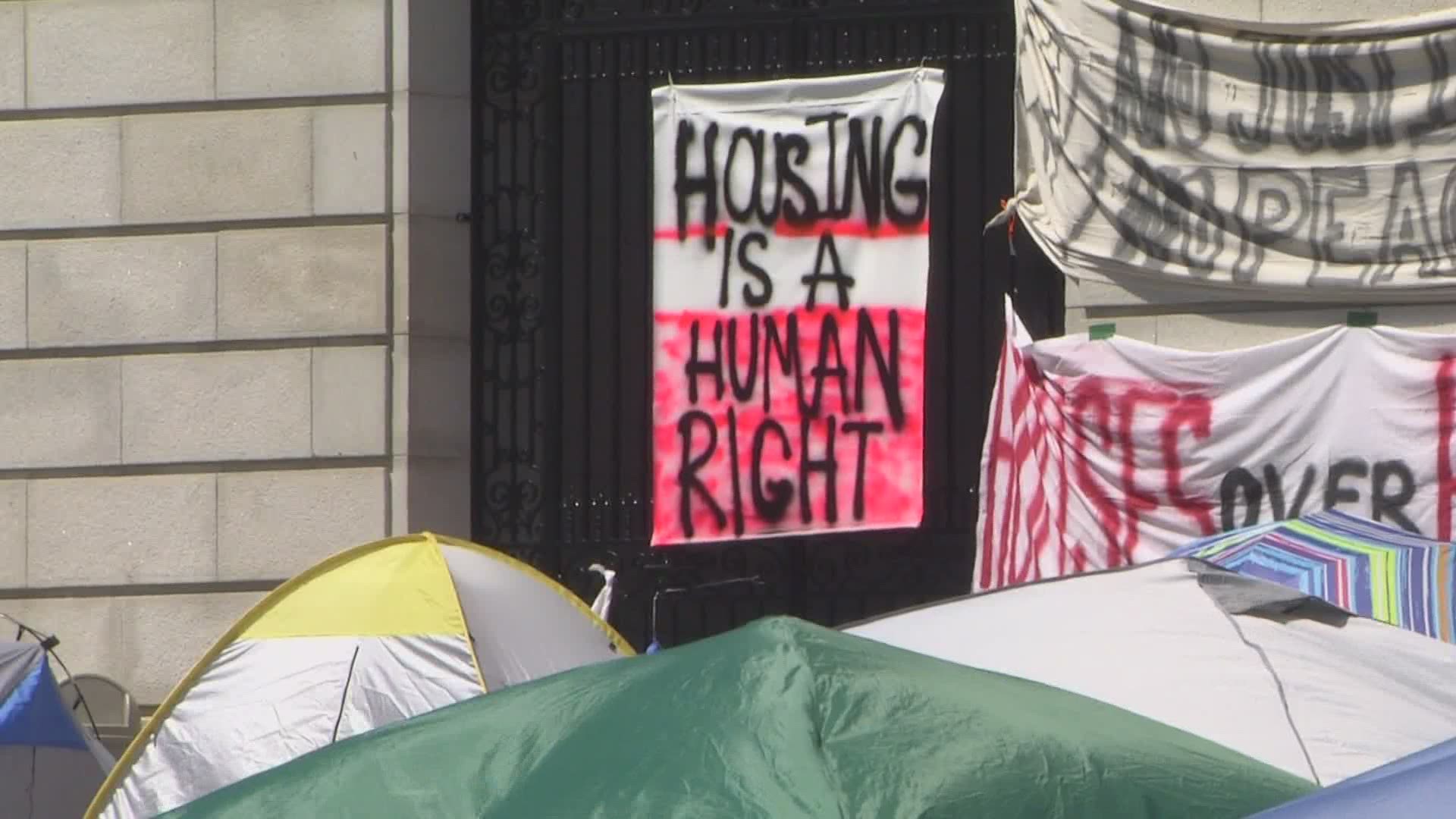 PORTLAND, Maine — Courtney Priest has been homeless since she was 17 years old—the same year she had her first of three children.

"I went through a domestic violence situation and was unable to find housing afterward," Priest said.

Right now, she's living at City Hall Plaza along with dozens of other people experiencing homelessness and advocates who are standing in solidarity with them.

Jess Falero says City leaders are not listening to people who feel they've been marginalized.

"That's due to the stigma of people experiencing homelessness which is essentially why we're camping out on their front step," Falero said.

Many in the crowd of about 25 people shared their experiences with homelessness in Portland and criticized the city for not doing enough to help them.

Portland’s mayor holds listening session in Lincoln Park to hear the concerns of the homeless and advocates who are camped out at City Hall Plaza. #NEWSCENTERmaine pic.twitter.com/hPbYlEpNrj

One homeless man told the mayor, "I have tried my best to be a productive part of society but I'm still here. I still get looked past, like I don't exist."

Priest says there are hundreds of people in Portland who deserve to have their basic needs met.

"Everybody needs water to drink everyone needs a place to sleep when it starts to rain people are getting sick out here," Priest said.

Priest says the shelters in the city are inadequate and sometimes more harmful than helpful.

"I feel safer over in front of City Hall that I do at any shelter I've been a victim of assault at a shelter and all they do is make that person take space and bring them back."

Protestors have given the city a list of demands, which include decriminalizing sleeping outside, establishing overdose prevention sites, building permanent affordable housing, and defunding the police.

Mayor Snyder says she's listening to the group's immediate and long-term goals and is working to build relationships.

"We know people are sleeping and the clock tower rings every hour or so that was a request," Snyder said.

The mayor also pointed out that Oxford Shelter and the temporary one at the Expo both offer showers and bathrooms. But she added she is hearing that the protesters have an immediate need for accommodations that are closer to city hall.

When Snyder was asked if there was a certain story she found most compelling she teared up saying "as for me as a mom..." her voice trailing off.

Portland Fire Chief Keith Gautreau, who said there has been an uptick in calls at City Hall, said, "[the stories] were all compelling and just sit there and just turn your mouth off and turn your ears on and listen is what needed to happen. Now we can open up the dialogue, this conversation with organizers to come to a resolution that is good for everyone. A safe one that accomplishes the goal."

Protesters at City Hall say they're no leaving until they do.

"Right now we're in a place of power and we intend to hold onto that until there's a concrete solution that is helping everyone," Falero said.

People like Courtney Priest who lost custody of her children because she doesn't have a home to shelter them.