The charges filed against Tyler Tibbetts include possession of a firearm, stealing a police cruiser and stealing a second car 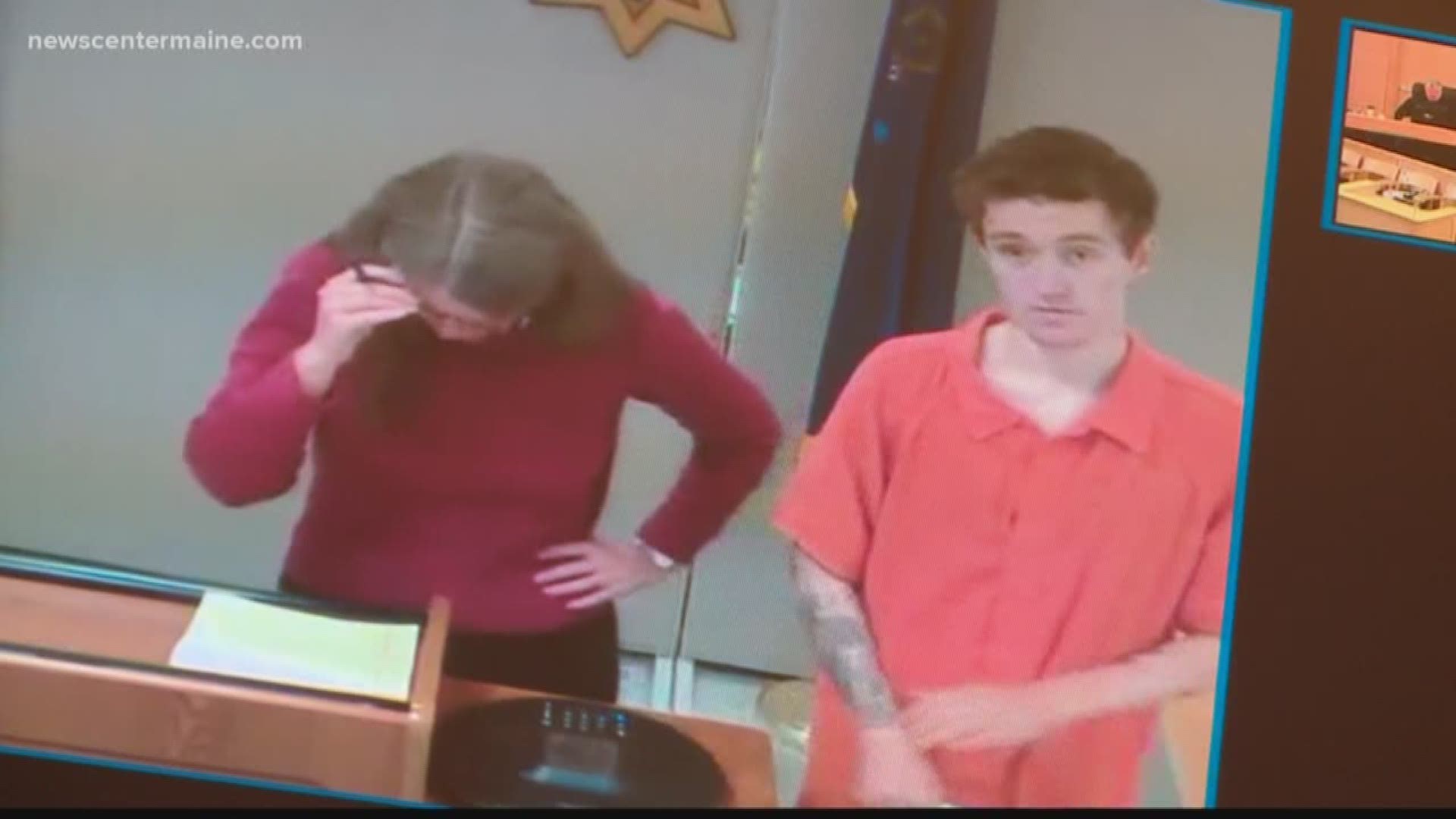 BANGOR (NEWS CENTER Maine) – Tyler Tibbetts, the man accused of leading police on a high-speed chase ending in Dover-Foxcroft on Friday, made his first appearance in court on Wednesday.

►CHASES FOR MAN SUSPECTED OF STEALING CRUISER ENDS IN CRASH

Assistant District Attorney of Penobscot County, Mary Ann Lynch, said Tibbetts, his girlfriend and her 3-year-old child were “squatting” at a home on Garland Road in Dexter, and the owners of the home wanted them out.

When police arrived, they handcuffed Tibbetts behind his back and put him in the back of a Dexter police cruiser, leaving him unattended while helping to put a car seat in a second cruiser for Tibbetts's girlfriend and her child. Then police said Tibbetts moved the handcuffs to the front of his body, climbed through the 11’’ x 11’’ opening and drove away.

After ditching the cruiser, “he did attempt to get some help to get his handcuffs removed," Lynch said. "That didn’t happen.”

►SUSPECT WHO SQUEEZED THROUGH OPENING TO STEAL CRUISER, RELEASED FROM HOSPITAL

The charges filed against Tibbetts include possession of a firearm, both in the cruiser and the home in which he was staying; stealing the cruiser; and stealing a second car. Tibbetts was out on probation at the time of this incident and has felony charges pending in Penobscot and Piscataquis Counties.

Tibbetts is being held without bail on previous charges, including violating parole and being held at $25,000 bail for Friday's charges.