An official complaint has gone to the office of the inspector general. 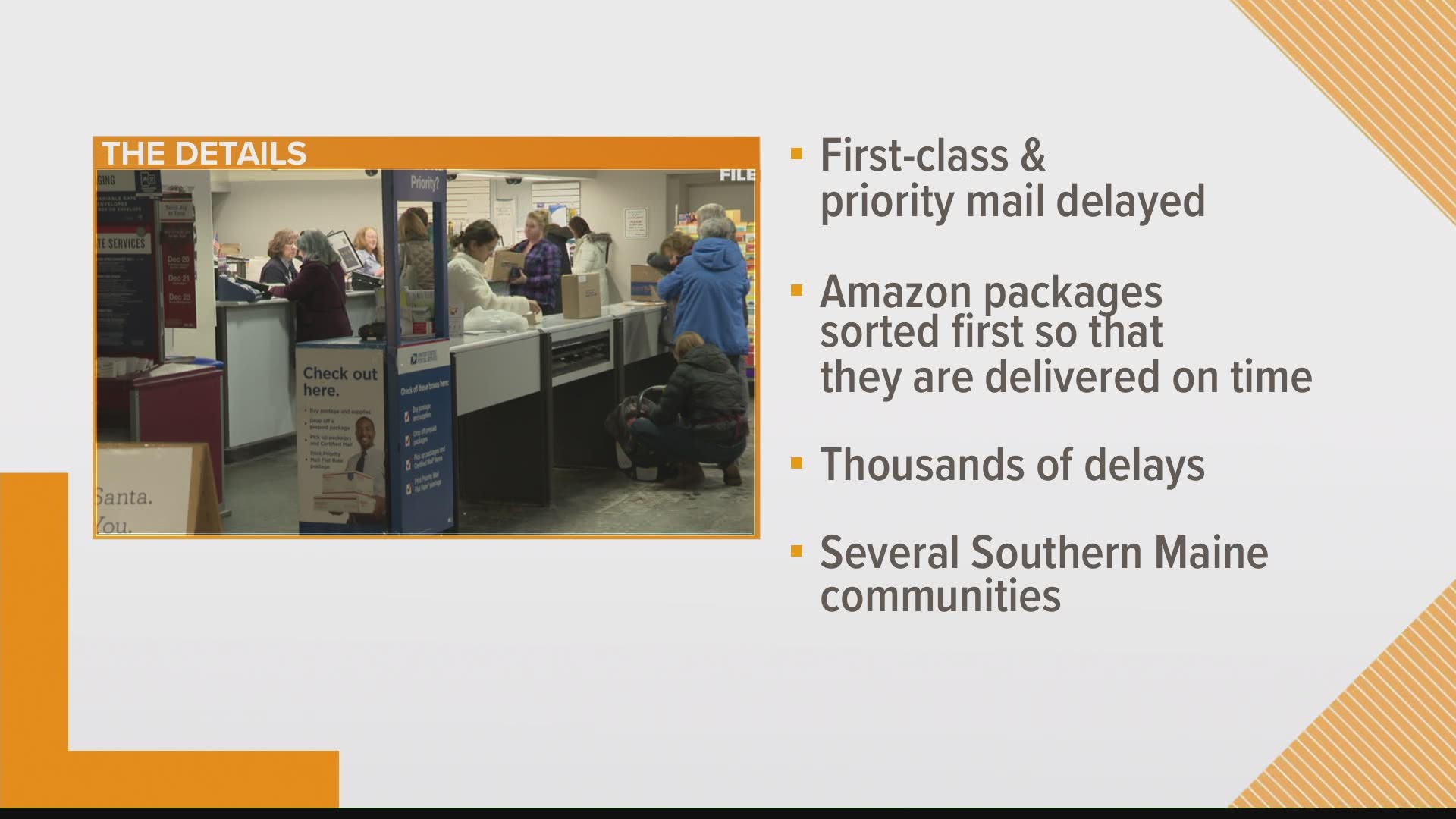 PORTLAND, Maine — Letter carriers are accusing Portland's postmaster of delaying delivery of first-class and priority mail so that Amazon packages can be sorted and delivered on time.

An official complaint has gone to the Office of the Inspector General, according to our partners at the Portland Press Herald.

The complaint was filed by a postal employee who is also president of the Local Mail Carriers' Union and it says that thousands of non-Amazon deliveries are being delayed. At least two other postal workers are backing up the accusations.

The postal service isn't commenting on these specific allegations but says it is dealing with a surge in package deliveries during the pandemic.

RELATED: Worker taken to hospital unconscious after getting pinned under steel posts at Hampden construction site