May was a deadly month on Maine's roads: 18 people died in car crashes, more than the previous two years. Public data shows speeding-related injuries are going up. 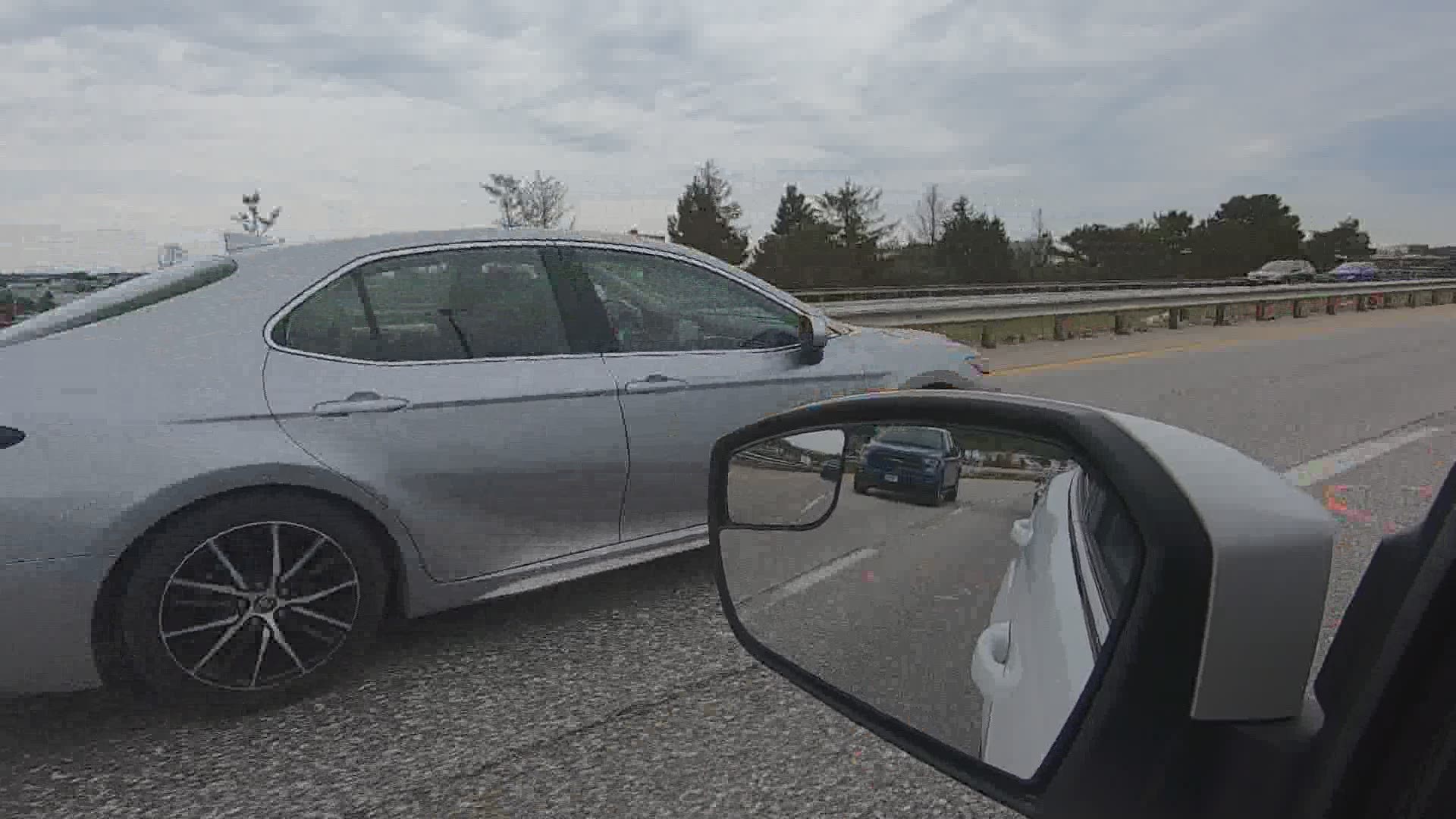 PORTLAND, Maine — May was a deadly month on Maine's roads.

Three different triple fatal car crashes, two involving speed, brought the total deaths on Maine roads last month to 18, compared to 14 in May 2020, and 7 in May 2019.

"Every five miles an hour you do over, you're just increasing the odds. It's like a lottery that you don't want to enter yourself into," said Maine State Police Sgt. Daniel Hanson. "They don't seem to recognize that when they do that, when they speed like that, they are truly risking their lives."

Recent research from AAA and the Insurance Institute for Highway Safety found that serious injuries do not only happen at highway speeds like 70 miles an hour.

The organizations performed crash tests that show that trauma increased significantly as they smashed 2010 Honda CR-Vs into a solid object at 40, 50, and 56 miles per hour.

As the crash speed increased in the tests, researchers found greater forces and more structural damage on the entire body of a dummy.

At the 40 mph impact speed, the driver's space suffered minimal damage. But at the 50 mph impact speed, the driver-side door opening was crumpled, as was the dashboard and foot area. At 56 mph, the vehicle interior was significantly compromised, with the dummy's sensors registering severe neck injuries and a likelihood of fractures to the long bones in the lower leg.

"The roads and the vehicles have never been engineered more safe but the folks that are driving the vehicles are still having challenges in terms of responsible driving," said Pat Moody of AAA Northern New England. "The increase in speed reduces that effectiveness of the occupant protection system built into the vehicles."

We all drive a little over the speed limit -- but research from @AAA_NNE and @IIHS_autosafety show it doesn't take 70 miles an hour for a person to be seriously hurt in a crash. Tomorrow at 6 on @newscentermaine -- I explain the rise in incidents on our roads. #maine #drivesafe pic.twitter.com/l4yTg4jUut

Hanson says driving faster than 45 miles per hour significantly increases your chance of dying in a crash.

According to the Maine DOT, almost 40 percent of roads in our state have a posted speed limit of 45 miles per hour. There are more than 10-thousand miles of rural roads that are not posted, where the presumed speed limit is 45.

Including all 19,000-plus miles of roads, 85 percent of Maine roads have a speed limit of 45 miles per hour.

Crashing somewhere far from a hospital requires an even more serious response by first responders, such as LifeFlight of Maine.

"We have a flying ICU is essentially what we have. Whatever can be done in an ICU can be done in the back of a helicopter, so it gets pretty intense when it comes to working," said Rielly Bryant, associate clinical base manager at LifeFlight of Maine.

"In that case, we become the speed in the air for the patient so we don't have to travel on main roads," said Bryant, who has about 30 years of EMS experience as well as 25 years in law enforcement.

He said injuries in those higher-speed crashes tend to involve broken legs or internal bleeding, and that recovering from those types of injuries is typically a long process.

"It's a life-changing incident because folks have to deal with this usually for the rest of their entire life," said Bryant.

Hanson is a crash reconstructionist, a profession within the Maine State Police that requires extensive training to decipher a crash scene and determine what happened based on the physical evidence present. He is one of about 50 reconstructionists in the state.

"It is one of the more complex specialties that we have," said Sgt. Hanson.

One of the hardest part of Hanson's, or any officer's job, is notifying a family that their loved one is dead.

"You're ruining someone's life, and the words coming out of my mouth, they will never forget. They will forever remember that I was the person that ruined their life. Just saying that, I have goosebumps. The look on a parent's face when you tell them that their child, who they love and care about, is never coming home -- I did that to them. That's how we feel: I did that to them," said Hanson. "That's hard to live with."

Aside from the physical and emotional costs, there is a financial one: insurance.

Drivers who have a history of speeding tickets or crashes pay more for their insurance, according to Maine Superintendent of Insurance Eric Cioppa.

He said insurance companies can cancel policies of those who get three or more speeding tickets in a three-year period, under Maine law.

Cioppa said during the pandemic, Maine has seen fewer cars on the roads, but more speeding tickets.