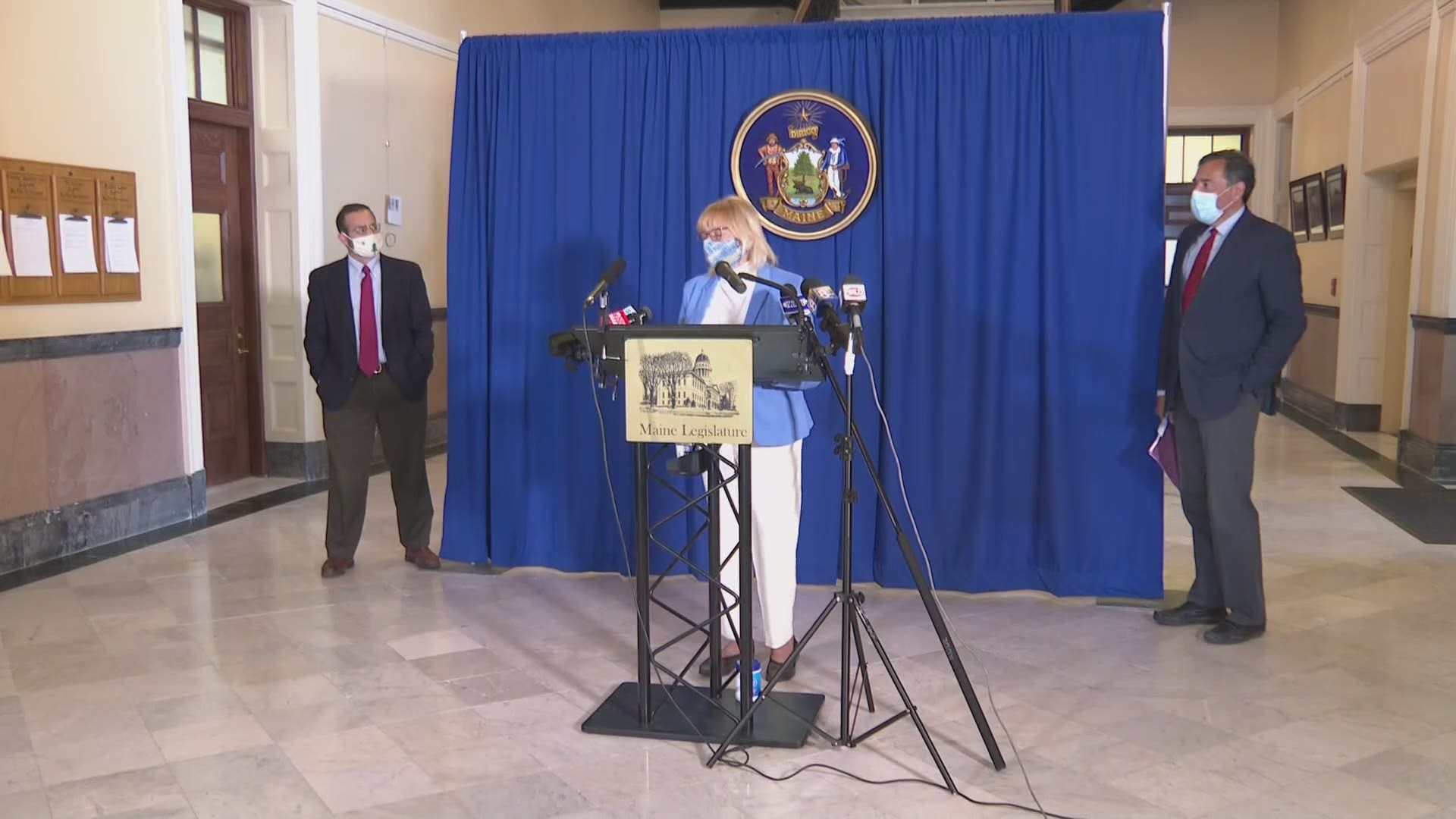 AUGUSTA, Maine — Bipartisan legislation was introduced in Augusta Monday to establish the Maine Connectivity Authority, an entity that would spearhead the goal of universal high-speed broadband in Maine.

Gov. Janet Mills unveiled the legislation Monday and underscored the importance of affordable, high-speed internet in Maine, a need the coronavirus pandemic has amplified.

“High-speed internet is as fundamental as electricity, heat, and water. It is no longer a luxury; it is a necessity,” Mills said in a statement. “We need to have affordable, high-speed internet throughout our state, and with willpower, we will get there.”

Mills said her administration has “made expanding access to broadband a priority, securing the first state-level investment in more than a decade and bringing high-speed internet access to more families and students across Maine.”

The legislation, sponsored by state Sen. Rick Bennett, R-Oxford, and co-sponsored by state Rep. Seth Berry, D-Bowdoinham, and the other co-chairs of the Legislature’s Broadband Caucus, “would put Maine in the driver’s seat in expanding affordable broadband,” the Governor’s Office said in a release.

The Authority would use Maine’s federal allocation of funding for broadband under President Joe Biden’s American Rescue Plan, which was signed into law last month. According to Sen. Angus King, who is a co-chair of the U.S. Senate’s Broadband Caucus, Maine is set to receive roughly $120 million for broadband infrastructure from the federal fund under the plan.

The American Rescue Plan is making historic investments in broadband – but in order to maximize the impact of these funds, we need accurate data. I joined a group of my colleagues in pushing the @FCC to work with states in updating our nation’s broadband maps. pic.twitter.com/3jEbtHy8Bk

“Fully funded and ably led, the Maine Connectivity Authority may one day be seen as a giant leap for Maine-kind, connecting us to jobs, to learning, to health care, and to one other,” Berry said in a statement.

The Governor’s Office explains that the Authority would ensure that:

The Authority “would be empowered to own physical broadband infrastructure, such as poles and wires, and hold equity in broadband projects,” the Governor’s Office explained in a release. “It would also be empowered to provide grants and loans and partner with the private sector and local communities to leverage investment and coordinate buildout of infrastructure. Taken together, the Authority positions Maine to take a more proactive approach to closing the digital divide in rural and hard-to-reach communities that will focus on meeting Maine’s current and future needs, rather than reacting in a piecemeal fashion with various private companies to construct a patchwork of infrastructure.”

“This legislation has the promise of making every corner of Maine inviting and prosperous. Nobody will consider moving to a community without high-speed reliable internet. The very survival of many towns across our state is at stake with the decisions we make,” Bennett said in a statement. “The pandemic has underscored the disparities of who gets to communicate and who doesn’t. Nobody should be left behind in the digital age. This includes small businesspeople trying to reach customers, students struggling to learn remotely, rural patients pursuing the state-of-the-art tele-health options, and older people trying to keep in touch with family during the pandemic. Their need is urgent, and the time is now for a bold, bipartisan initiative.”

The Authority would be governed by a board of directors comprised of seven members appointed to three-year terms. Four members would be appointed by the governor, one by the Senate president, and one by the Speaker of House. The Commissioner of the Department of Economic and Community Development will also hold a seat.

The legislation is scheduled for a public hearing before the Legislature’s Committee on Energy, Utilities and Technology on Tuesday.