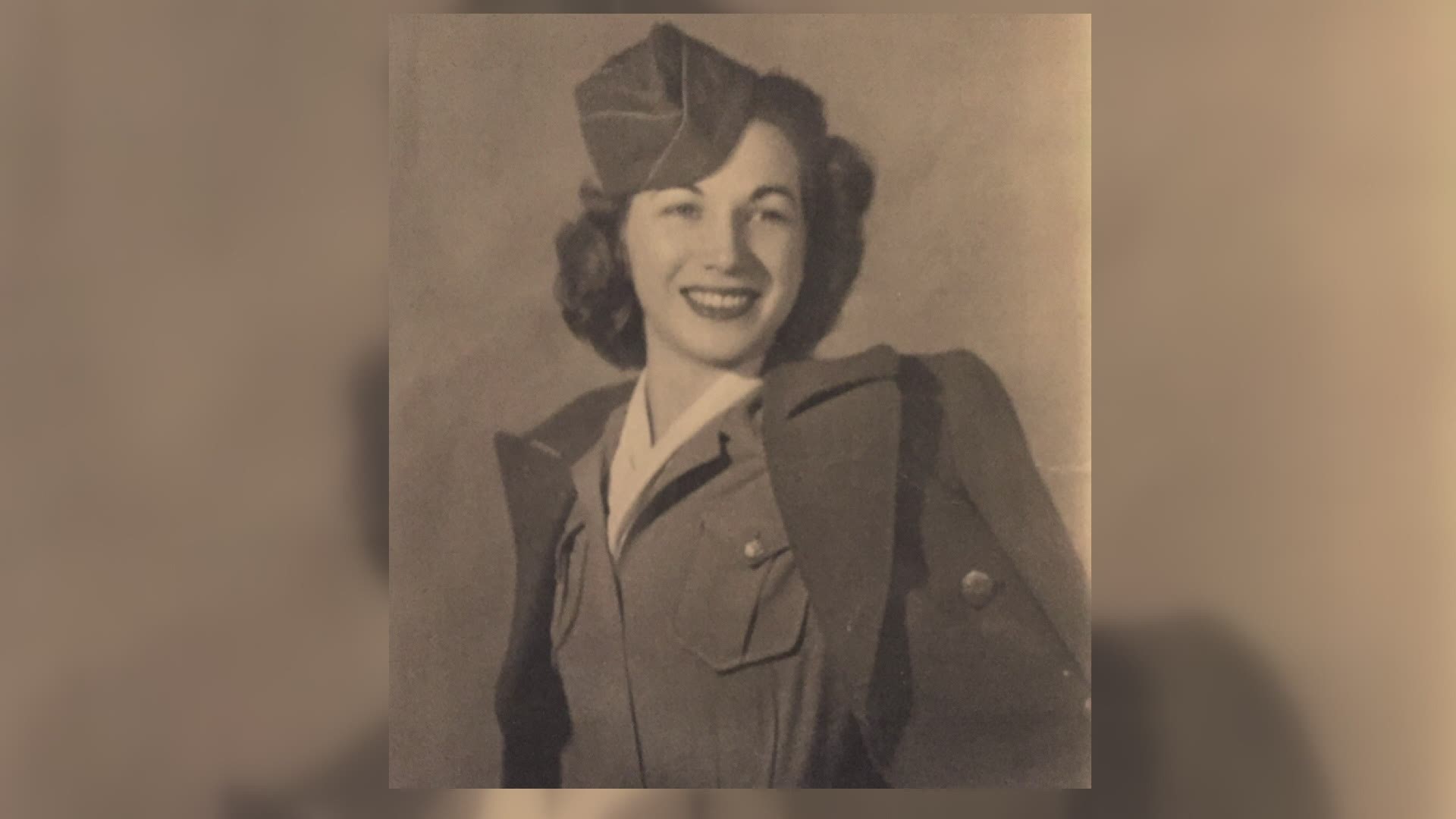 PORTLAND, Maine — Gov. Janet Mills on Friday presented World War II (WWII) veteran Martha Flint O’Grady, 97, of Portland, with the state of Maine’s WWII and Women’s Veterans’ Recognition Certificates and Coins during a ceremony at the Veterans of Foreign Wars Post 6859 in Portland.

O'Grady joined the Women’s Army Corps (WAC) at age 20 and served as a tele-typist at Arlington Hall Station — headquarters for the U.S. Army’s Signal Intelligence Service — for three years during the Second World War, Mills said. The U.S. Army’s Signal Intelligence Service was charged with receiving and decoding messages which turned the tide of the war.

“Martha Flint O’Grady is a trailblazer whose service broke barriers and whose work broke codes,” Mills said. “It is the patriotism, courage, and selfless service of men and women like her that rebuffed the Axis powers and secured freedom and peace for people across the world. It is with great honor that I recognize Mrs. O’Grady today and thank her for her service to our nation.”

In a release, the Mills administration said O’Grady was honorably discharged from the Women’s Army Corps in 1946 and went to work for Eastern Airlines as a Tele-Typist. She met James M. O’Grady while working in Miami, Florida and was approached by Vogue Magazine to model. She declined Vogue’s offer and married O’Grady in 1949. The couple purchased a summer home in Hiram, Maine, and returned to her home state every summer, until they moved back full time in 1973, first to Harrison before settling in Portland in 1983, where she still lives. O’Grady has five children: Theodore, Colleen, Brian, Kevin, and Bridget.

“Mrs. O’Grady represents the first generation of women who served in the U.S. military in other than ‘traditional’ occupations. The work she and her fellow WACs did was not only groundbreaking, but it literally changed the tides of the Second World War and laid the foundation for women to expand their areas of service throughout the military,” David Richmond, executive director of the Maine Bureau of Veterans Services, said. “It is always an honor to meet a Maine veteran like Mrs. O’Grady and to recognize their contributions to our country.”

According to the Mills administration, Maine established the Veterans’ Recognition Program to honor veterans for their service on behalf of the state and nation. The program recognizes those who have given their life in service to the country, prisoners of war and those who are missing in action, those who were wounded in action and received the Purple Heart, and all veterans who honorably served.