Joan Boling said she loves to stay moving and taekwondo helps her do that. 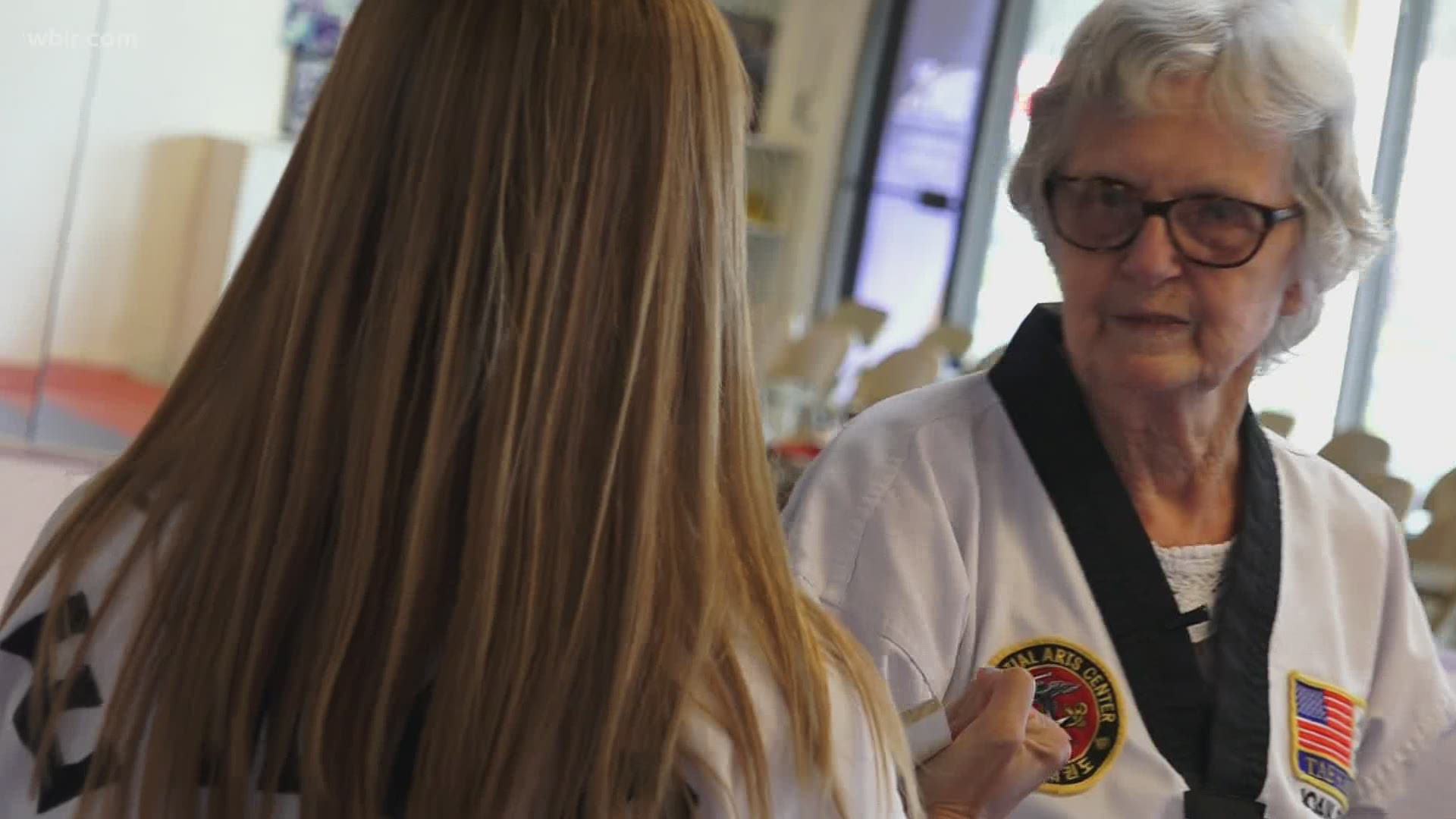 KNOXVILLE, Tenn. — At 85 years old, Joan Boling has some moves! She can break boards with her hands, deliver a mean roundhouse kick and knows how to defend herself.

"When you're in the parking lot, you never know who you're going to run into. You need to know how to take them down," Boling said.

As the oldest member of Eun's Martial Arts, she's a few months shy of earning her third-degree black belt in taekwondo.

"To achieve your third-degree black belt is is a huge deal and to see Joan go through it and achieve everything that's necessary to do it is just fabulous," EMAC instructor Jenni Henderson said.

Boling said she first started taekwondo in the 90s, but her career got in the way. Six years ago, she decided it was finally time to pick it up again.

"He [Master Eun] is very patient with the older population. He's very good. Nobody should sit for more than 30 minutes. We all need to move. That's what our bodies are made for," Boling said, adding that she loves how the sport is a workout for her mind as well as her body.

Boling said that she wishes more people her age would consider trying the sport. She adds that even though she's the oldest member at the studio, there are several people in their 70s who aren't too far behind her.