The fox bit the woman on her legs and hand as she struggled to get control of the animal. Her husband eventually came to her assistance and killed it. 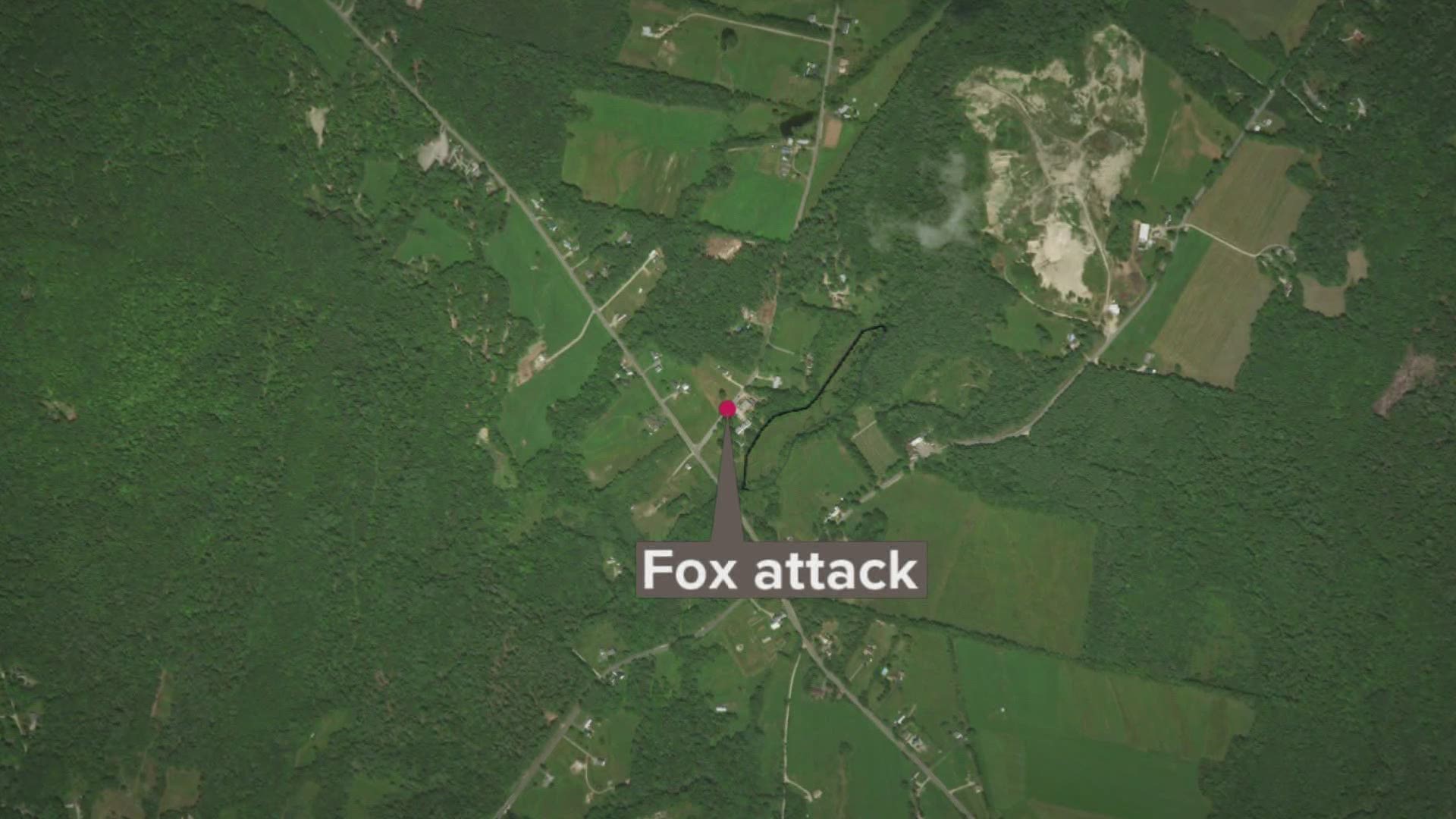 LISBON, Maine — Around 4 p.m. on Tuesday, the Lisbon Police Department was notified that a woman had been attacked and injured by a fox. That fox has since tested positive for rabies.

The victim of the attack, who does not wish to be identified, was transported by her family to a nearby hospital to receive treatment, which now includes rabies vaccinations.

According to police, the 76-year-old woman was sitting in a yard on the Keay Road when a fox suddenly appeared and charged at her.

The fox bit the woman on her legs and hand as she struggled to get control of the animal.  The woman’s husband heard her cries for assistance and was able to gain control of the fox, eventually killing it.

Animal Control Officer Jeff Cooper responded to the scene and transported the dead fox to the Maine Center for Disease Control in Augusta.  The animal has since tested positive for rabies.

According to police, this is the first reported animal attack in the Lisbon area this year. The Lisbon Police Department encourages members of the public to do the following:

If you see an animal acting strangely in Lisbon, please reach out to the Lisbon Police Department at (207) 353-2500.

RELATED: Reports of three coyote attacks in N.H. lead to its capture