UPDATE: Police identify 60-year-old woman who died after a tree fell on her apartment building in North Conway 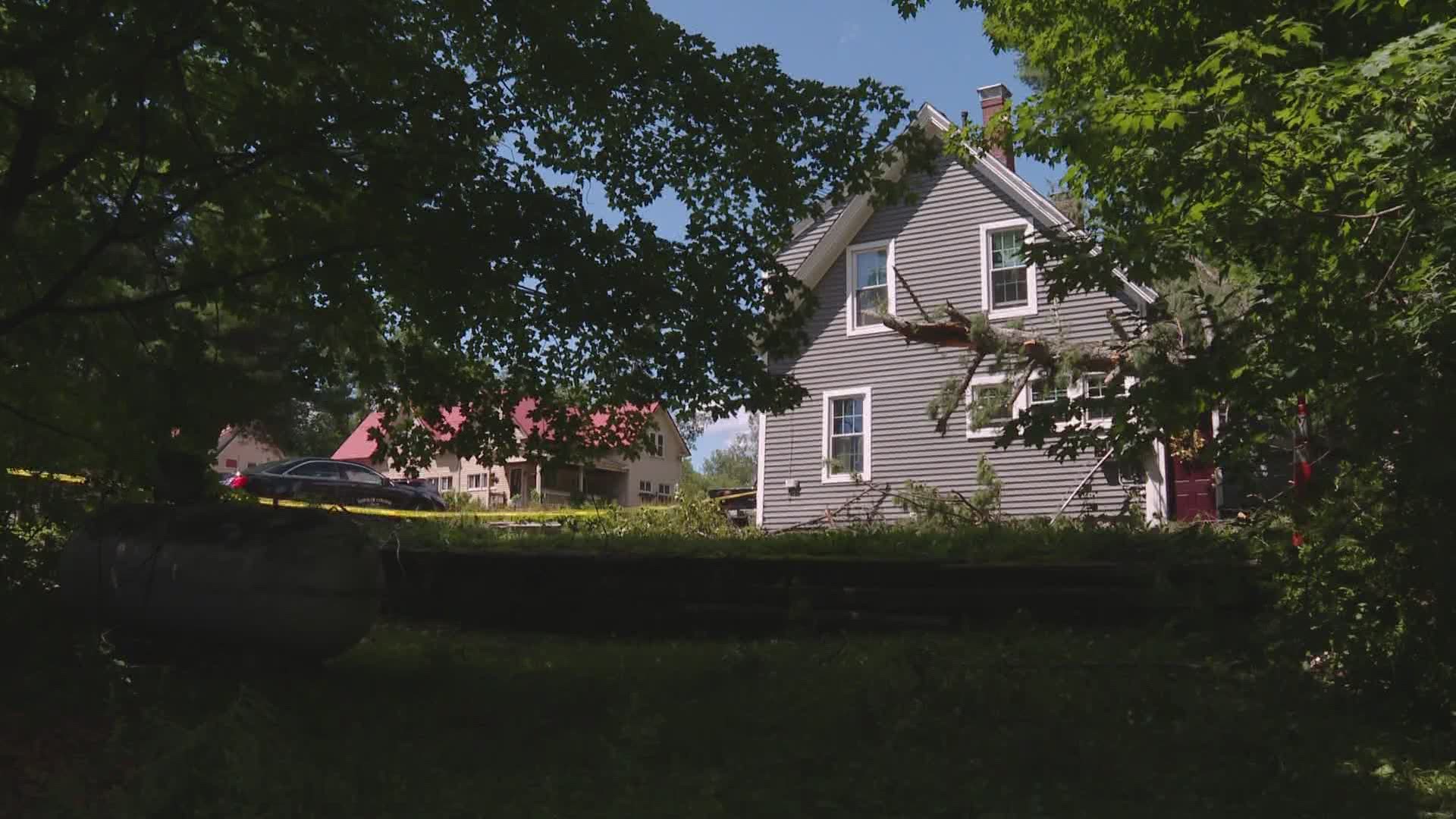 The New Hampshire Medical Examiner’s Office will be conducting an autopsy in order to determine the exact cause of death.

The Conway Police Department Dispatch Center received a call from a woman at 655 Kearsarge Road in North Conway around 7:15 p.m. reporting that a tree had fallen on her apartment building.

I just spoke with the resident who was rescued. She is very shaken up and says she is grieving the loss of her friend. @newscentermaine

The woman reported that she was trapped inside her basement apartment of a three-apartment building.  Rescue personnel arrived and were able to safely extricate the woman from the apartment but learned that a second woman was in the second-floor apartment at the time the tree fell on the building.

#BREAKING Police confirm that a 60 year old woman was killed when a tree came crashing into this North Conway home on Kearsarge Rd last night. Rescue personnel were able to save one other resident in the home who was trapped in the basement @newscentermaine pic.twitter.com/nDSNHQcB8o

The second woman, identified as the 60-year-old resident of the apartment, was found dead inside her apartment.

Officers and rescue personnel remained on scene for about two hours investigating the incident.

RELATED: Tips from the Maine Forest Service on how to safely deal with downed trees, limbs, and branches

As the sun comes up, we’re getting a better look at the damage to a home on Kearsarge Rd in North Conway, NH. We’re live from the scene with the latest, and more on outages across Maine @newscentermaine #wakeMEup pic.twitter.com/M745h1LOPl

According to police, the Conway Dispatch Center received over 25 calls for trees and powerlines down between 7:15 pm and 10:00 pm last night as strong storms passed through the Conway area.

According to police, some residents are still without power Wednesday morning but all roads are clear as of 8 a.m.

RELATED: A recap of impacts from Isaías in Maine and New England