Adam Camarato, 32, was reportedly last seen around 12:45 a.m. on Saturday, April 27 in downtown Portsmouth outside of Clipper Tavern. 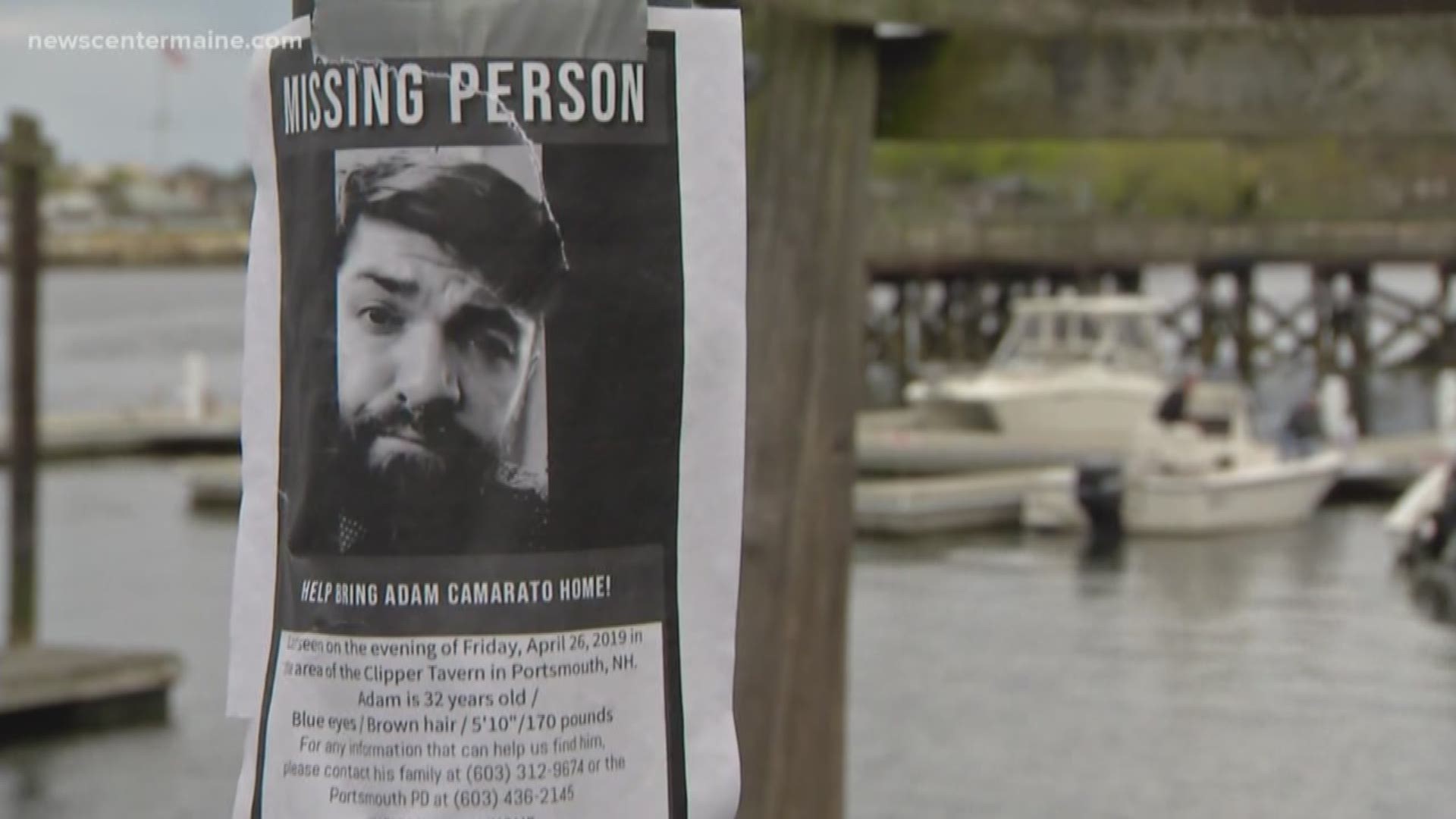 PORTSMOUTH, N.H. — More than three weeks have passed since a man from Eliot went missing -- and since then, he has still not been found.

The Portsmouth Police Department held a press conference on Wednesday, May 15 to discuss the case of 32-year-old missing person Adam Camarato.

Camarato was reportedly last seen around 12:45 a.m. on Saturday, April 27 in downtown Portsmouth outside of Clipper Tavern.

Since then, Portsmouth Police Chief Robert Merner says the department has worked with local and federal partners on land, water, and in the air by drone to try to Camarato -- but they have not been successful.

During the press conference, Merner also addressed another concern that some Portsmouth residents have -- that Camarato's disappearance could be linked to another more recent case at Clipper Tavern, in which a man claims he was given date rape drugs.

In a Facebook post, a guest said he visited Clipper Tavern on Sunday, May 12 and met a man who was acting strangely. The Facebook user says the man was secretive about where he was from and watched the Facebook user intently while he was at the bar.

The next morning, the Facebook user says he felt like he had ingested a date rape drug -- and decided to take to social media to warn any other people in the area about the incident.

"We want to make sure that we can definitively say that the two incidents are not related," said Merner during the conference. "We'll continue our search for Adam using all the resources available to us."

Merner said that Clipper Tavern has been cooperative during the investigation, and staff say they do not remember any type of disturbance outside the night that Camarato went missing.

"Based on everything we know at this point, we have no reason to suspect foul play," said Merner. "We believe (Camarato) walked out alone -- there was no altercation or any problems at the establishment."

Merner did say that Camarato was at the bar with another person, a former co-worker, before Camarato went to the bathroom and left. He reportedly appeared to be somewhat intoxicated -- or at least was not walking normally, Merner said.

Merner said that Camarato has never been on law enforcement's radar before. Officials have tried to find him via his cellphone, but it was either turned off or ran out of battery because they could not find a signal.

There has been no other sign of Camarato since that morning in April.

"Obviously, the community here in the Seacoast -- it's a very close-knit community. Most of the folks know each other, and most of the establishments know all of their patrons," Merner said. "For someone to go missing like this -- for the report to come and for this to go on for this amount of time -- it's an anomaly."

Camarato was wearing a ball cap, a dark long-sleeved top, and jeans when he was last seen.

Anyone with information about Camarato's location is asked to contact the Portsmouth Police Communications Center at 603-436-2145.