Three people who the Coast Guard had searched for were found safe on Monday afternoon after a three-day search. 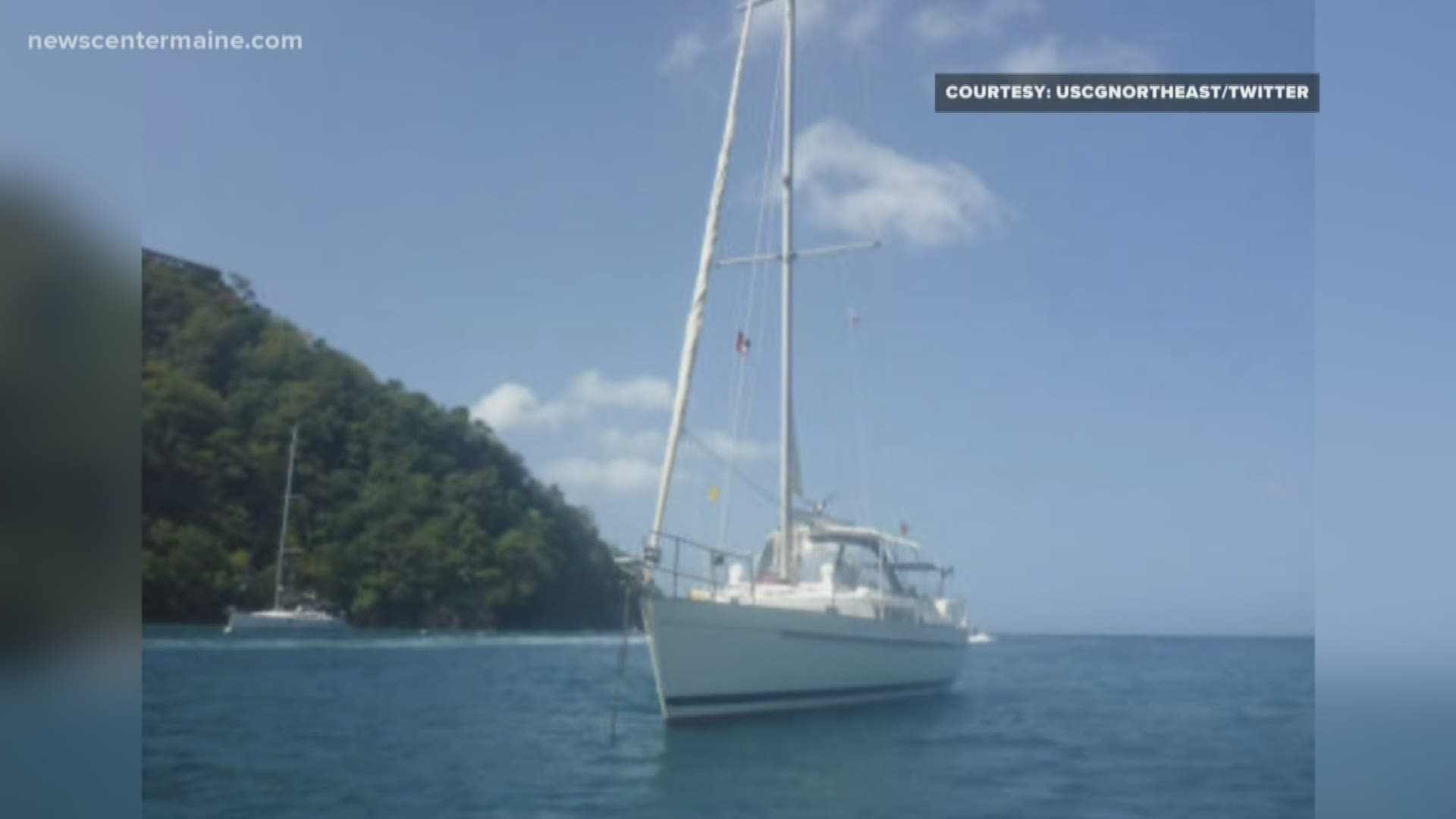 MOUNT DESERT, Maine — UPDATE: As of Monday afternoon the U.S. Coast Guard Northeast says they have established communication with the 40-foot sailboat named Dove and all on board are not in distress.

The Coast Guard is standing down their three-day search for the boat and its three occupants, Charlotte Kirby, Nathaniel Davis, and Wilfredo Lombardo after locating them 96 nautical miles south of Montauk, New York.

In a tweet they said:  “With outstanding coordination & cooperation w/ the families, we were able to confirm their loved ones are not in distress & are continuing their journey south,” said Cmdr. Kelly Denning, search and rescue mission coordinator with the Forst Coast Guard District.

The United States Coast Guard had searched for Charlotte Kirby, Nathaniel Davis, and Wilfredo Lombardo and the 40-foot sailboat they were on off the coast of Mount Desert Island since Saturday.

Authorities received a 911 call around 3 a.m. on Saturday from the boaters. U.S. Coast Guard Petty Officer Nicole Groll tells NEWS CENTER Maine they believe Charlotte Kirby made the 911 call. All that was heard was Charlotte saying "I'm on a boat," according to Groll. The call was disconnected.

Groll said the search continued Monday afternoon as the Coast Guard continued to search from the coast of Maine all the way to Nantucket as far as 55 miles offshore for the missing boaters.

Groll said initially the Coast Guard used a 47-foot boat, a Jayhawk helicopter, and a sentry airplane to search along with assistance from Canadians. As of Monday, only the sentry airplane was being used to search for the missing trio.

"We will keep searching until we have exhausted all available avenues to find them," said Groll.

RELATED: Crews search for two people off the coast of Mount Desert Island