Lizzy Snyder has been posting to YouTube twice a week for six months. Her favorite video shows her getting the chance to meet celebrity blogger Perez Hilton. 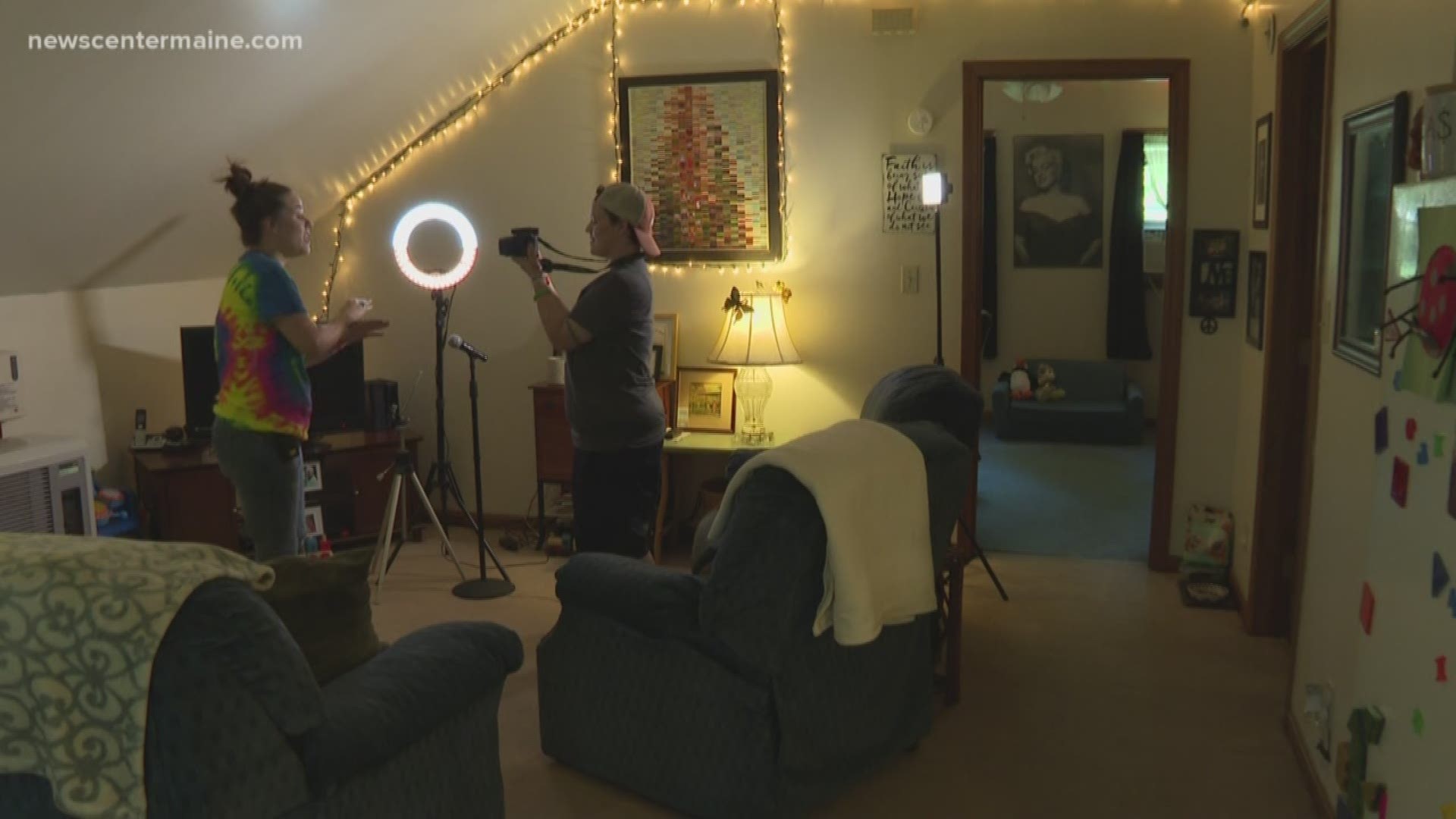 GREENE, Maine — Quitting your job to pursue your dreams is scary, but a woman in Greene took the plunge – and so far, it's working.

It has been six months since Lizzy Snyder decided to pursue being an influencer on YouTube full-time. She posts videos to her channel twice a week, using a camera, ring light and the help of her partner Janelle. She's always been aware of her ability to make people laugh, but it took some time before she discovered the right platform.

"I tried it with singing and I tried it with acting and then I found YouTube and I was like, OK, this is it," Snyder said. "This is a platform where you can be all of you and you can be completely unapologetic about it."

Snyder has always been a fan of Perez Hilton and she reached out to him for some advice after starting her own YouTube channel.The celebrity, who got his start as a vlogger, responded and suggested that they film a video together. In less than five days, Snyder was able to raise $2,700 to get to Los Angeles to film with Hilton.

"I love that he is unapologetic and he is blunt and he made mistakes, but then he evolved and he grew and he changed," Snyder said.

She took a chance on YouTube, but so far it has worked out in her favor — getting the attention of one of the biggest bloggers online. Her next goal is to meet a celebrity from Maine. She's hoping to catch the attention and film with Bob Marley, Patrick Dempsey or Stephen King.