98-year-old Trygve Lund of Saco isn't letting age slow him down. He looks back on World War II with fond memories. 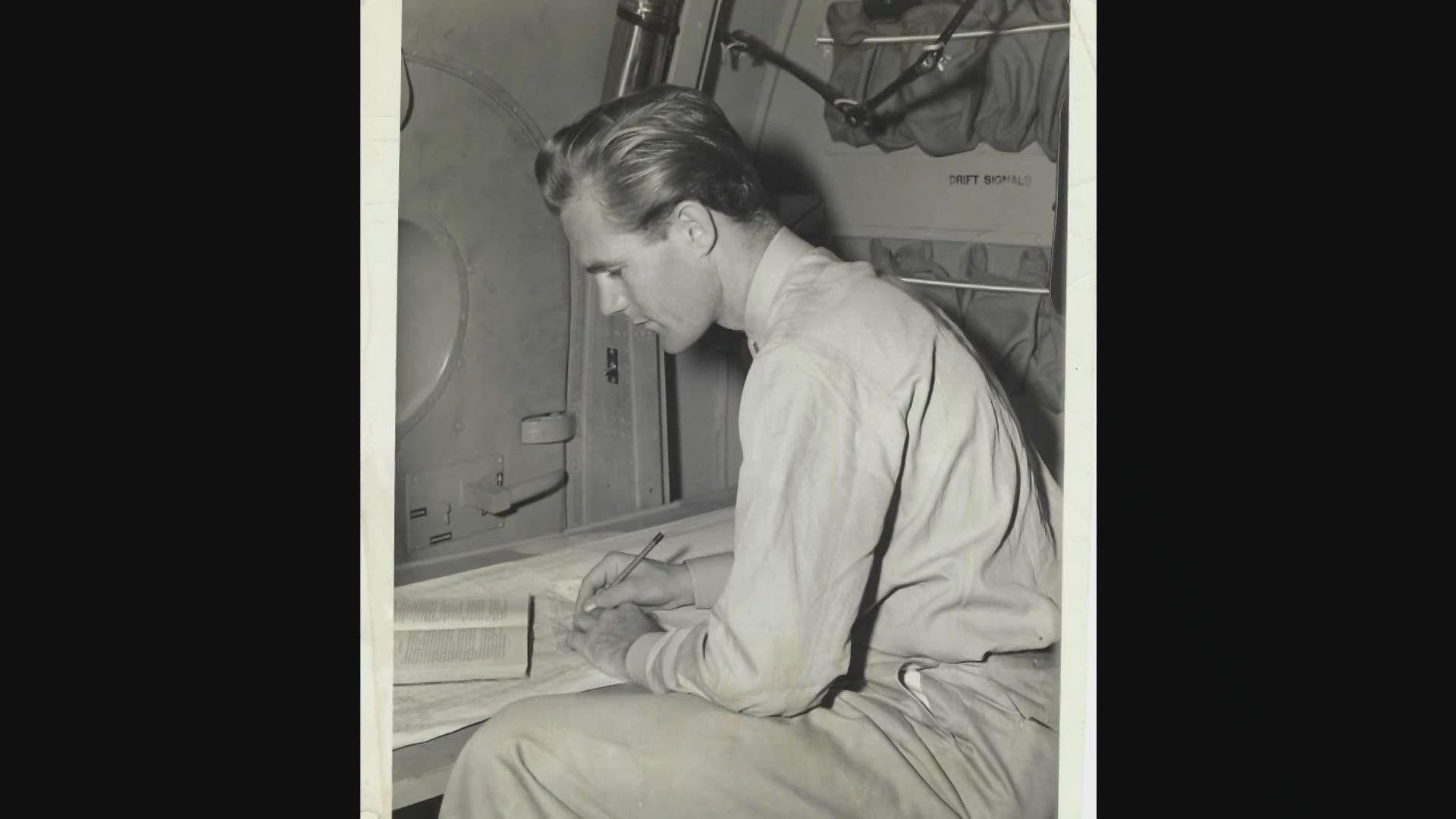 SACO, Maine — Life has slowed down a little for 98-year-old Trygve Lund who lives in Saco. Not because he wants it to but the coronavirus pandemic has put on pause the things he loves to do most, like sing in the choir at his local church, play pool with his buddies, and workout at the gym.

But regardless of what is going on in the world, Trygve welcomes each day as a gift.

"I wake up in the morning and say, 'hey another day!'" Trygve says with a smile. He starts each day the same. Living with his daughter's family in Saco, he eats breakfast and then goes outside to smoke his pipe. That's right, at 98 Trygve smokes every morning, he also tells me he enjoys an adult beverage in the evening.

"That's how I got to be 98. A little shot of vodka at night doesn't hurt," he says through a grin.

Born to Norway immigrants, and one of seven children, he is the only surviving member of his family. He attributes his long life to his mother making him eat his vegetables. But vodka and vegetables aside, Trygve is in good health. He has a little bit of arthritis and relies on the aid of a cane to help him walk but other than that, nothing ails him and it might have something to do with his attitude.

"I don't take things too seriously. I just enjoy the day."

Trygve spent his summers in Maine and has lived fulltime in the Pine Tree State since 1982 but he was born in Baltimore, Maryland. He graduated High School in 1940 just one year before the U.S. entered WWII.

Knowing he would be drafted he joined the U.S. Navy and attended flight school in North Carolina where he became a navigator for B-24 Liberators. Using the simple tools of an octant and compass it was Trygve's job to return the PB4Y-1 bomber to the small island in the Pacific where the crew had taken off. His crew flew every other day in a pie formation, usually 1,000 miles out, 150 miles over, and another 1,000 back. Trygve says this was in the days before weathermen so the crew often encountered poor weather that was unexpected. The hours were long and they encountered tense situations but Trygve was good at his job.

1 / 9
contributed
Trygve Lund was a Lieutenant JG serving as a navigator on a PB4Y-1 bomber assigned to the Pacific doing reconnaissance missions, searching for Japanese ships and planes.

When the war was over, Trygve used the GI bill to attend school in Rhode Island with the hopes of making it on the silver screen. In his same class was a younger man named Paul Newman. Paul and Trygve became friends and acted alongside each other in a few productions but Trygve admits he never had the charisma that Paul did.

Not finding steady work as an actor, Trygve went to work at a TV station in Philadelphia as a cameraman. One of his first assignments was on the Ernie Kovacs Show. It wasn't long before Trygve moved from behind the camera to in front of it starring alongside Ernie Kovacs and Eddie Adams for three years until the show left Philadelphia for the west coast.

Nowadays, Trygve spends his days reading, doing the New York crossword in ink, and driving around town in his '98 Mercury. "The car is a little younger than me," he admits.

But Trygve still approaches every day with enthusiasm with an eye to the future.