She likes cookies, but they’re a means to a much bigger end. 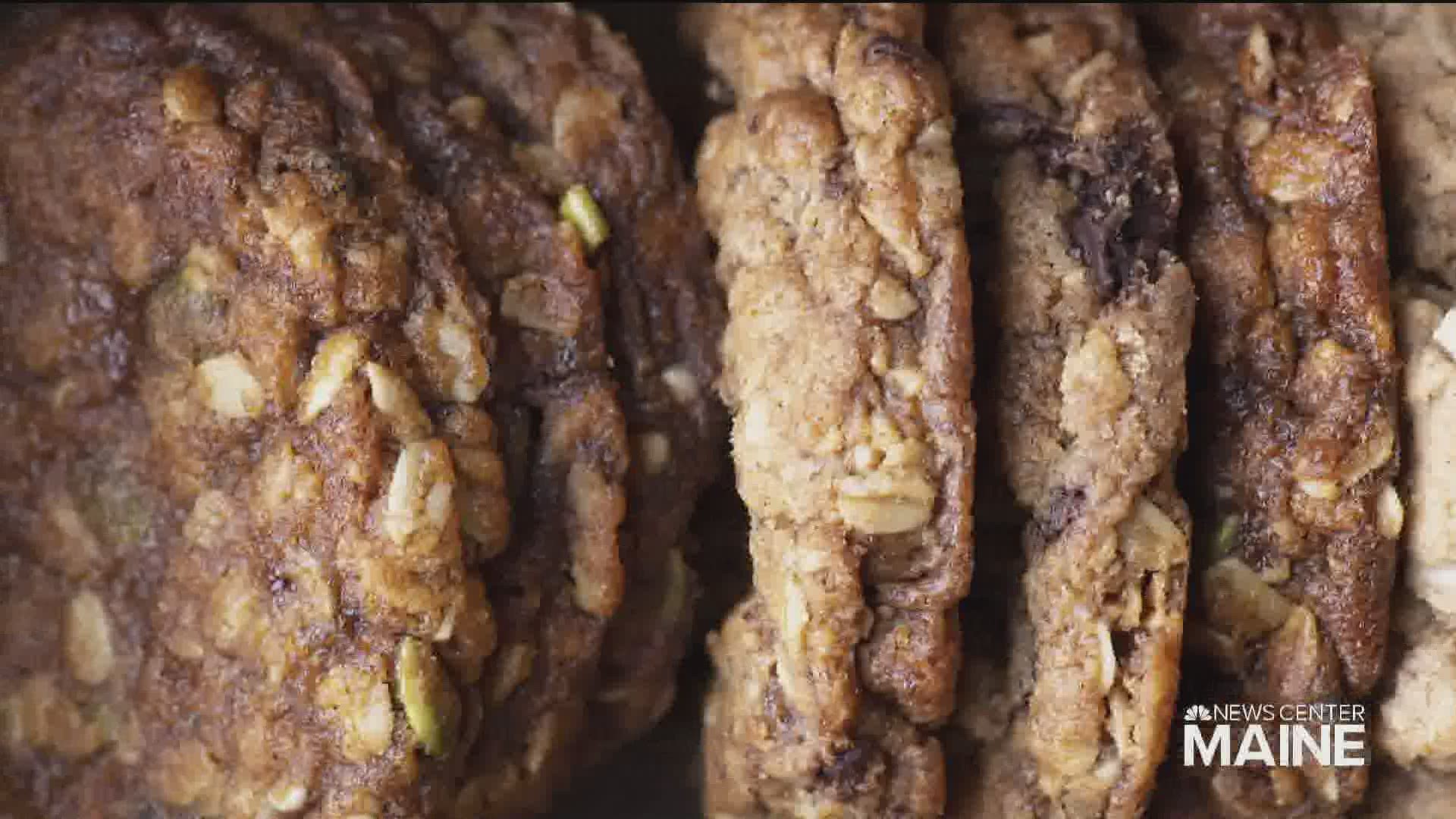 SCARBOROUGH, Maine — For the last few years, Leigh Kellis has been living a good life. She has spent time in Maine and Hawaii, watched her daughter—who’s an avid surfer—grow up, pursued her own interests and hobbies, and gradually stepped away from day-to-day oversight of the Holy Donut, the successful business she started almost a decade ago that now has a large and passionate following.

Last year, as Kellis was sitting in a coffee shop in Portland, an idea planted itself in her brain: to sell cookies for a cleaner ocean. This summer, she turned her dream into reality and launched a new business, Sweet Sea Cookies.

“Money from each purchase,” the company says on its website, “goes toward educating and inspiring people, locally, to use less plastic leading us to cleaner oceans.”

Why cleaner oceans? Because of her daughter’s surfing experiences.

“We’ve noticed around the world that plastic is a major problem in the ocean to the point that it’s going to be devastating to this planet,” Kellis told me as we talked at Higgins Beach. “So it just hit me a year ago. Let’s sell something delicious and sweet, and put some money toward cleaning up the oceans. It’s win-win.”

RELATED: The Holy Donut to open Auburn location in late 2020

Money that goes toward this goal will, to a large extent, stay in Maine.

“At first we were going to deliver money and profits to the Ocean Conservancy or the Surfrider Foundation. We’ve decided instead to keep it local and help encourage and inspire people right here in Portland to simply use something other than straws or plastic,” she says. “We’re going to be celebrating businesses in Portland who are already making steps toward contributing less pollution and plastic to the oceans and the planet.”

Given the scope of the pollution Sweet Sea hopes to reduce, there’s not much point in thinking small, and Kellis is quick to acknowledge that selling cookies at farmers’ markets wouldn’t get the job done. The company will take another step toward its goal around Thanksgiving, when it opens a retail store in Portland’s Old Port.

“Saving the ocean’s a pretty big mission,” Kellis says. “We can’t just do it Grandma-style out of my kitchen. We’re going pretty big—as big as anyone will take it.”