When a daughter follows in Dad’s footsteps

Firefighting is all in the family for the Munroes of Chebeague Island. 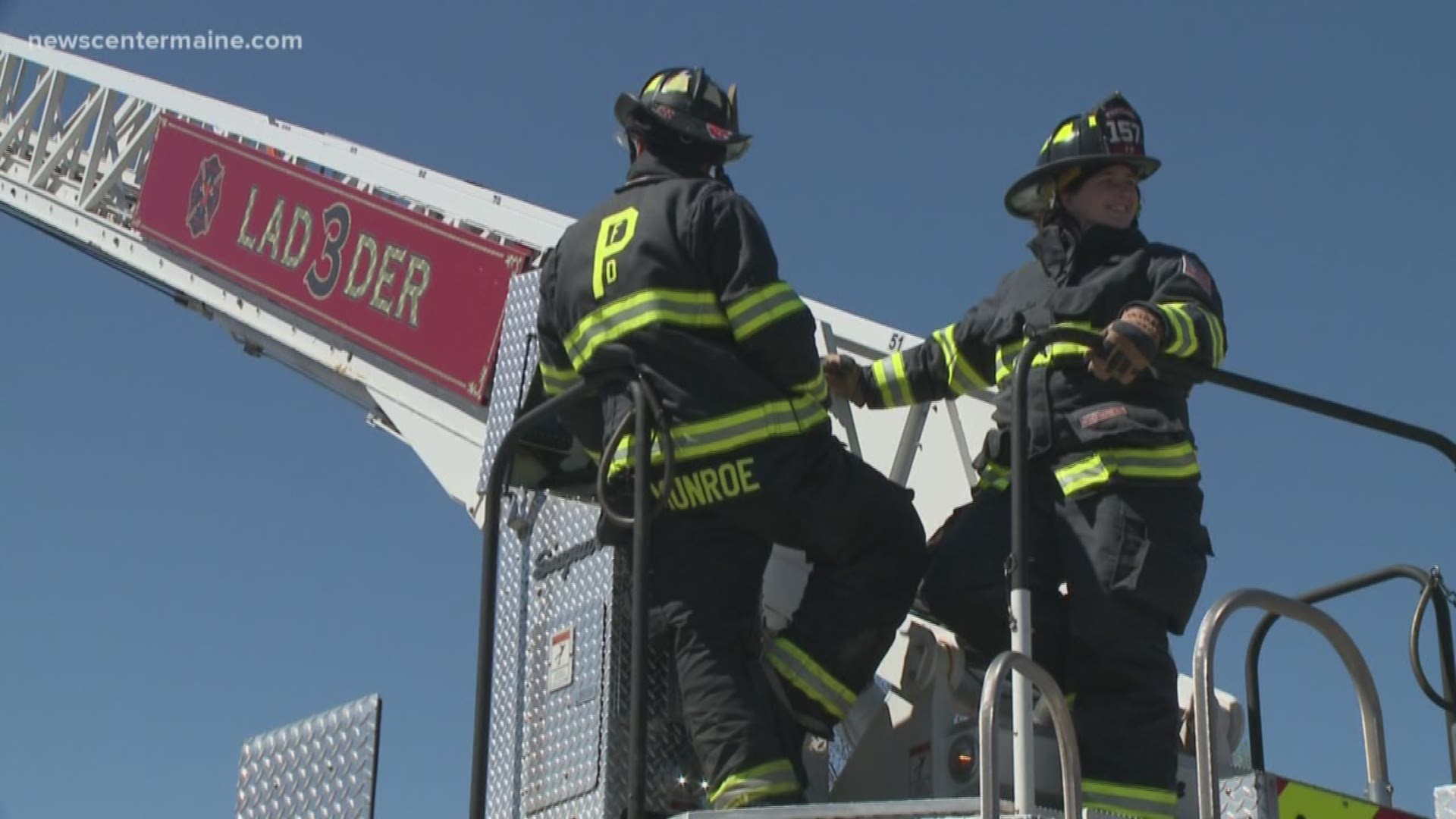 PORTLAND, Maine — First responders never know what they’ll encounter when the call comes in – and so they practice. They participate in training drills on a regular basis. Firefighters, paramedics, troopers and police officers are all a big family– one that has each other’s backs in the face of any emergency.

Ralph Munroe works on Ladder 3 out of the Stevens Avenue station – and the notion of family hits pretty close to home for him. “I wasn’t really thinking about anybody following me into this line of work.”

One of his kids had a different idea and clearly got some of his firefighting DNA. It happens a lot… Sons following their dads into this profession. But when it’s your daughter? Well, that’s another story.

“My Dad was a firefighter his whole life – he’d bring me to the fire station when he had to prep for training or something and I was always climbing all over the trucks. I was no stranger to fire trucks by the time I was 14,” says Lida Munroe Green.

At the suggestion of her dad, Lida joined Junior Firefighters as a teenager and never looked back.

“We could do anything that wasn’t dangerous. We could pull fire hoses at trainings, we could throw ladders at trainings – we did a lot of things at training. I really got a sense of the brotherhood of fire service even before I was part of it.” And like her Dad, Lida worked and trained to become a firefighter paramedic, now seven years with the City of Portland. She spends most of her shift behind the wheel of Medcu 3, one of the busiest ambulances in Portland.

Father and daughter both work out of the Stevens Avenue station – two 24 hour shifts in an 8-day rotation. They are the first active father-daughter team in the history of the Portland Fire Department and routinely work the same shifts.

“I think every father worries about every kid,” says Ralph. “He’s always pushed me really hard with training and from the day I got my fire gear we were running drills, and exercising, and all this stuff together because I think he was preparing me to not get hurt. I think one of the biggest things I’ve learned from him is how to keep a level head,” Lida says of her Dad.

Ralph Munroe talks about the brotherhood of firefighters and first responders. “We’re all watchin’ out for each other. I’ll watch out for her, she’ll watch out for me. She’s able to maintain being calm, cool and collected – I think she does a good job thinking things through as far as the paramedic side of things as far as diagnosing what’s wrong with the patient.”

Ralph Munroe is known for being the guy who can best calm a child in the midst of a scary situation. Lida says he has most kids smiling by the time they get to the hospital in an ambulance. “He’s really good a calming people down. “

“You’re helping people quite often on the worst day of their life. That means a lot, obviously, and that’s what we do and that’s why we do it! We actually work pretty well as a team.”

On the job, they are no longer father and daughter, but rather two first responders - sharing a calling for the work of saving lives, and never knowing what their next call will entail. “I know I’m pretty lucky to have this special attachment with Lida … not every father-daughter has that connection.”

RELATED: How one of Maine’s best outdoor photographers has worked through the pandemic

RELATED: A new team offers new opportunities for these brothers