LG Fleurine started 'Love Exists' two years ago. Clothing with a message he hopes will have a lasting impact. 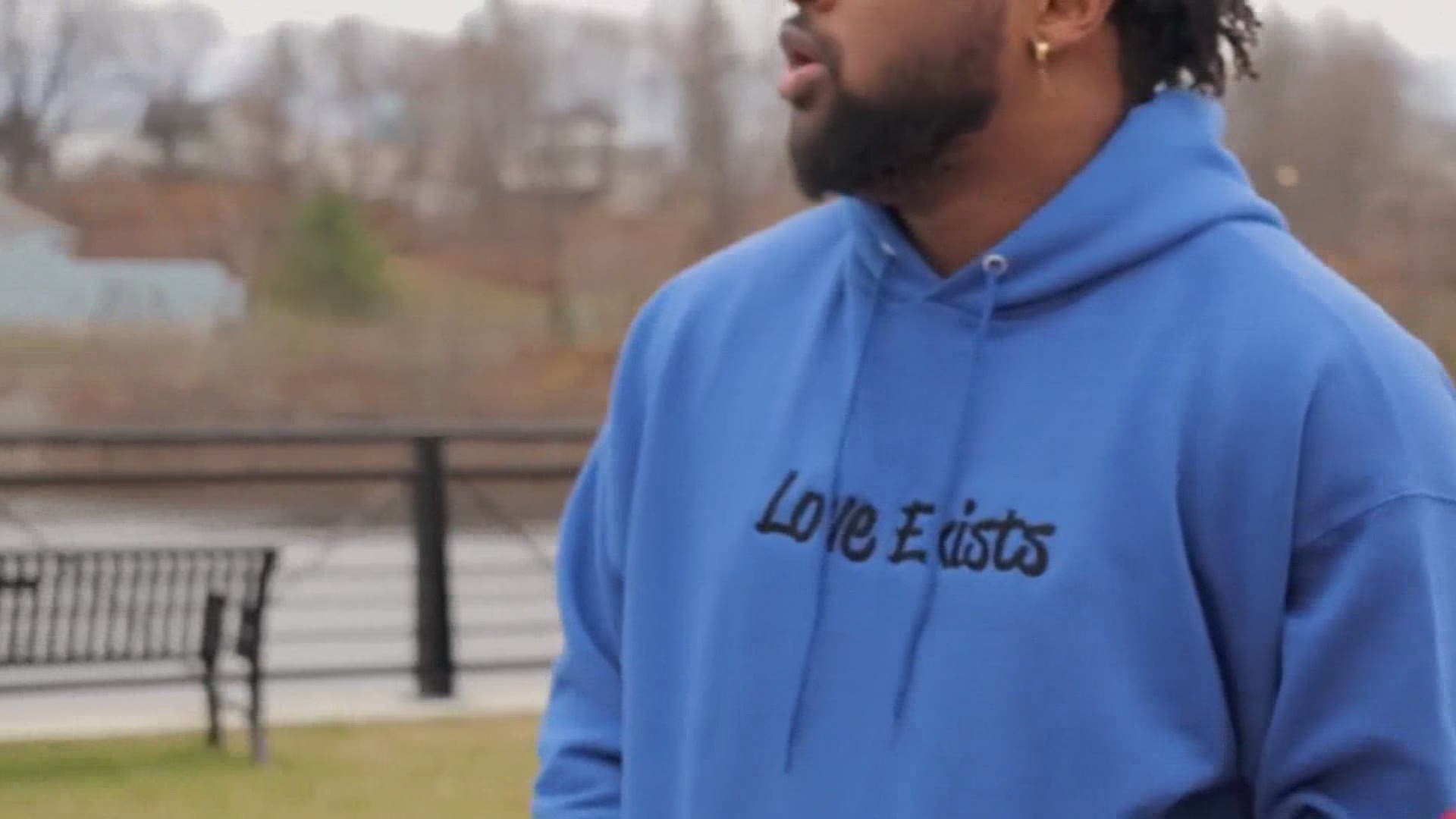 WATERVILLE, Maine — When you think of college you think of studying, classes, internships, maybe even sports, but how many students manage to do all that and start their own small business?

Lovegeurson Fleurine, from Florida, has done just that. He stitched together his past experiences, both painful and positive, to create a clothing line that has a message of hope. It's called 'Love Exists.'

Lovegeurson, who goes by LG, grew up with his father. He was the youngest of his siblings and when he was ready to enter high school his mother had to return to her native Haiti. She left LG with a friend and ended up not returning for a long time. LG spent much of his high school career couch-surfing, staying with different friends and siblings.

"A lot of people didn't really know anything about what was going on outside of school because I didn't come to school just to broadcast my problems. I always felt like everybody had their own problems to attend to," LG explained.

LG eventually met a new friend Demetri who would become like a brother. He opened up to Demetri about his problems, and Demetri's family welcomed LG into their home.

"Looking back on it, it's important to have parents to show you through the ropes and prepare you to be an adult," LG said. He followed Demetri to Thomas College in Waterville, both playing basketball for the Terriers.

In the quiet long hours of the morning, while working security, LG started to contemplate his future beyond college basketball. That is when the idea to start a clothing line came to him but he wanted it to be more than just fashion.

"A lot of people come to me with entrepreneurship in seeking money and LG came and he said, 'I have a mission and I have a purpose and I want to have an impact," says executive director of the Harold Alfond Institute for Business Innovation Mike Duguay. He has been working with LG on his business plan for the last two years.

LG borrowed inspiration from his own name and 'Love Exists' was born.

All of LG's clothes are made in the U.S. and have a design of his own creation. They are embroidered by a local Maine woman but LG plans to learn to do the embroidering himself after he graduates on May 15. LG will be the first member of his family to graduate from a four-year college. He said it feels surreal but he is looking to the future of his business as he uses clothing as a platform to spread a message close to his heart.

"We need love from one another and that can solve a lot of the problems," LG said.

If you are interested in buying a piece of clothing head over to Love Exists Instagram or email LG at LoveExistsClothing@gmail.com