Want to see movies about the outdoors while sitting outdoors? 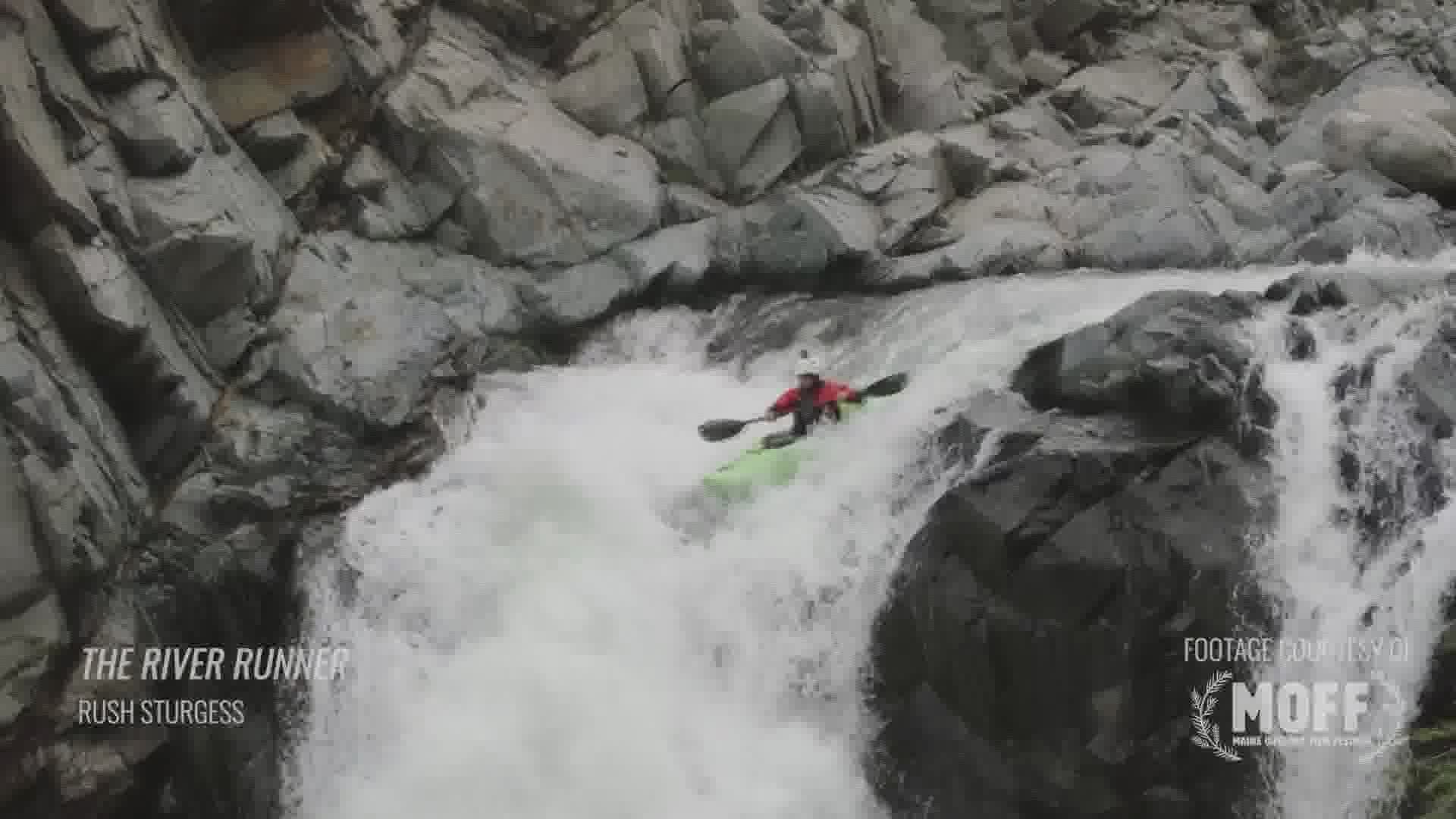 PORTLAND, Maine — When watching documentaries about outdoor action and adventure, you always want some that give you a pure, tighten-your-grip-on-the-armrests shot of adrenaline. At this year’s Maine Outdoor Film Festival, “The River Runner” delivers those thrills.

“It is amazing,” festival director Nick Callanan says. “Scott Lindgren is sort of a champion whitewater paddler. He’s been pushing the envelope in exploration and ability since he was a young man. This film joins him on his adventurous expeditions, but it’s also an exploration of his personal journey.”

The footage is remarkable. It shows Lindgren slicing through huge, churning rapids, then taking his kayak over waterfalls and falling like a knife into still more perilous situations. Yet, as Callanan says, the emotional journey is as compelling as the physical one. “He starts off super macho. There’s not really any room for emotion or weakness on his early trips. He has to kind of go full circle to finish his lifetime adventure and be someone who might be the weak link in the later trips.”

This year’s Maine Outdoor Film Festival features nineteen hours of movies, some of them with connections to Maine. It runs from July 29 to August 8, with most of the films being screened outdoors on the Eastern Promenade in Portland. “A lot of people show up on their bike,” Callanan says. “It’s literally up the hill from the public boat launch so you could kayak to the screening if you wanted. You can’t help but hear the birds and smell the ocean.”

RELATED: The writer and director of a new movie set in Maine talks about the challenges of shooting scenes on the ocean

RELATED: After a tough pandemic year, the Maine International Film Festival is back