It took him 25 years, but Sylvio Normandeau finally reached his goal of raising $500,000 for the Maine Children's Cancer Program. 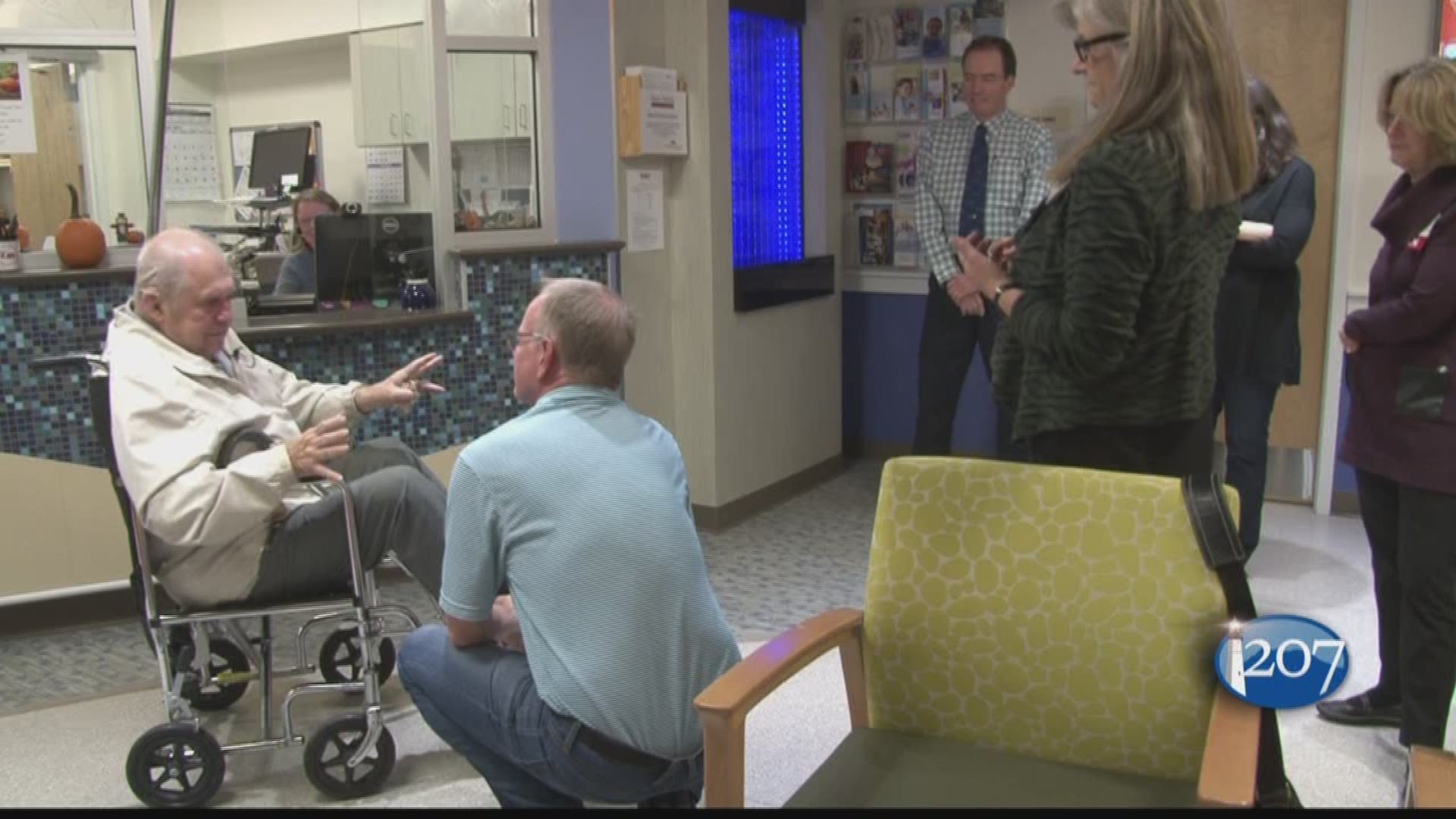 Normandeau has been helping with the walk since 1991. Twenty five years that have also included him selling hot dogs outside of Sam's Club in Augusta and collecting change from cannisters at around 10 stores in the Waterville area. He had to stop his hot dog stand because of his declining health, but his cannisters have always remained.

"What I used to do is I would get a can from a store, I'd count it and keep track of how much money we picked up in that store," said Normandeau.

The 82-year-old is so dedicated because of his wife Julia who passed away in 1997 of esophageal cancer. She made her husband promise to do something for the kids that she meant during her treatments. Kids like Hayley Desjardins who credits much of her own recovery from Aplastic Anemia to the people at MCCP.

"They've heard of this and they can connect you to other families that are at children's cancer and their kids have become better and they've gone through all the same treatments and you can talk to them," said Desjardins.

Normandeau found out this summer that he reached his ultimate fundraising goal of $500,000. It took him two in a half decades, but he did it to help kids receive life saving treatment.

"Those kids and seeing what happens, talking to them, I don't know it does something right inside your heart," said Normandeau.

He was able to reach half a million dollars thanks to the help of New Dimensions Credit Union. They held a car show that raised the last $15,000 needed to reach his fundraising goal.