Virtual reality transporting patients in Lewiston hundreds of miles away

St. Mary's Center For Cancer and Blood Disorders is offering patients a virtual reality experience while they receive treatment. 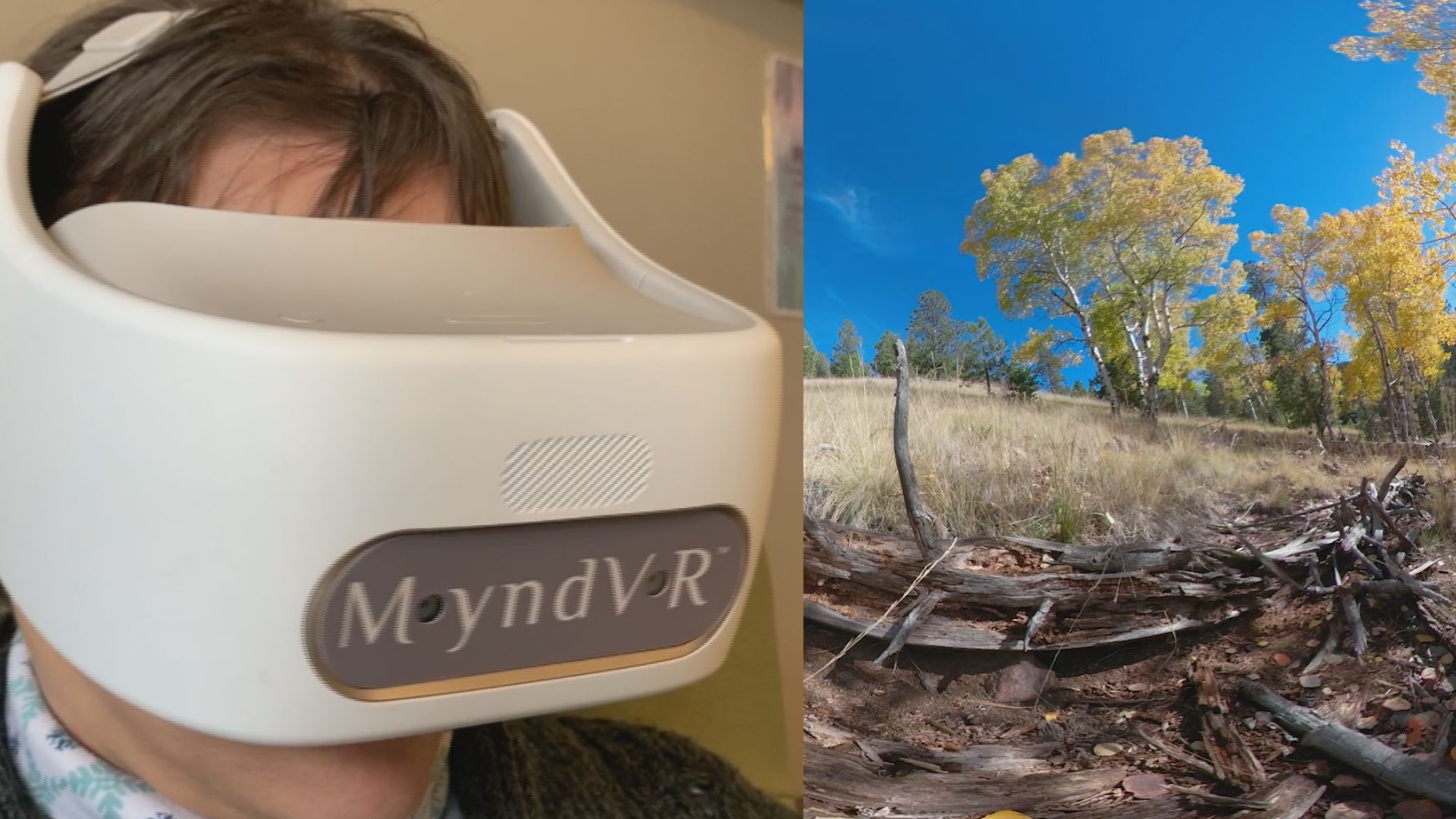 For those battling serious diseases, spending hours on end getting treatment can be overwhelming, exhausting and extremely boring. Kim Thistlewaite, the nurse manager of St. Mary's infusion center, says the time spent at the Lewiston facility is patients' number one complaint.

A colleague shared with Thistlewaite an article about an infusion center in California that was using virtual reality to help patients relax and pass the time.

"I thought what a good idea," Thistlewaite mused. In March of 2019, Thistlewaite was awarded funding and got two virtual reality sets from a company headquartered in Texas called MyndVR.

Patients get to choose from hundreds of different realities to explore. They can go on an African safari, tour Venice by boat with a tour guide, enjoy a field full of puppies or a room full of cats, and attend an art exhibit at a museum or a live concert. Patients wear goggles to enter their virtual environment so they can look up, down or behind them and see the scene they are in.

MyndVR is being used in more than 30 states and Canada but primarily for patients with dementia and Alzheimer's. The company's co-founder and CEO, Chris Brickler, says the experiences are about expanding the four walls that begin to shrink for dementia patients.

The infusion center at St. Mary's in Lewiston was the first of now a handful of infusion clinics that MyndVR is working with.

"Where you can use the technology and try and place somebody in a different mindset, a different place, and boy, when that happens at an infusion clinic and we start seeing people feeling less anxiety and less depression, that becomes a really beautiful thing," Brickler says.

Brickler says the company does not claim any medical benefits from using virtual reality, but they do observe, track and study how patients react to the experiences. MyndVR costs vary but start at around $250 a month.

The Lamp in Lisbon, which is an Alzheimer's residential care facility, has virtual reality sets from the same company. They say it really helps their patients, and they see improved speech after patients use it.

For cancer survivor Jennifer Sawyer, of Minot, the virtual reality experience has helped her stay calm during her treatments. Sawyer is now cancer free, but since she produces too much blood, she has 50 vials of blood removed every month which takes about an hour.

Sawyer says she would recommend virtual reality to other patients and wished she had it when she was going through her cancer treatments that sometimes took eight hours.

Kim Thistlewaite says, among the patients who have used the virtual reality, it has been well received, but the problem is convincing patients to try it. But St. Mary's Center For Cancer and Blood Disorders is working to tell more patients about the experience and encourage them to use it.

RELATED: Fyood Kitchen: The Maine cooking competition for everyone - 'no experience required'