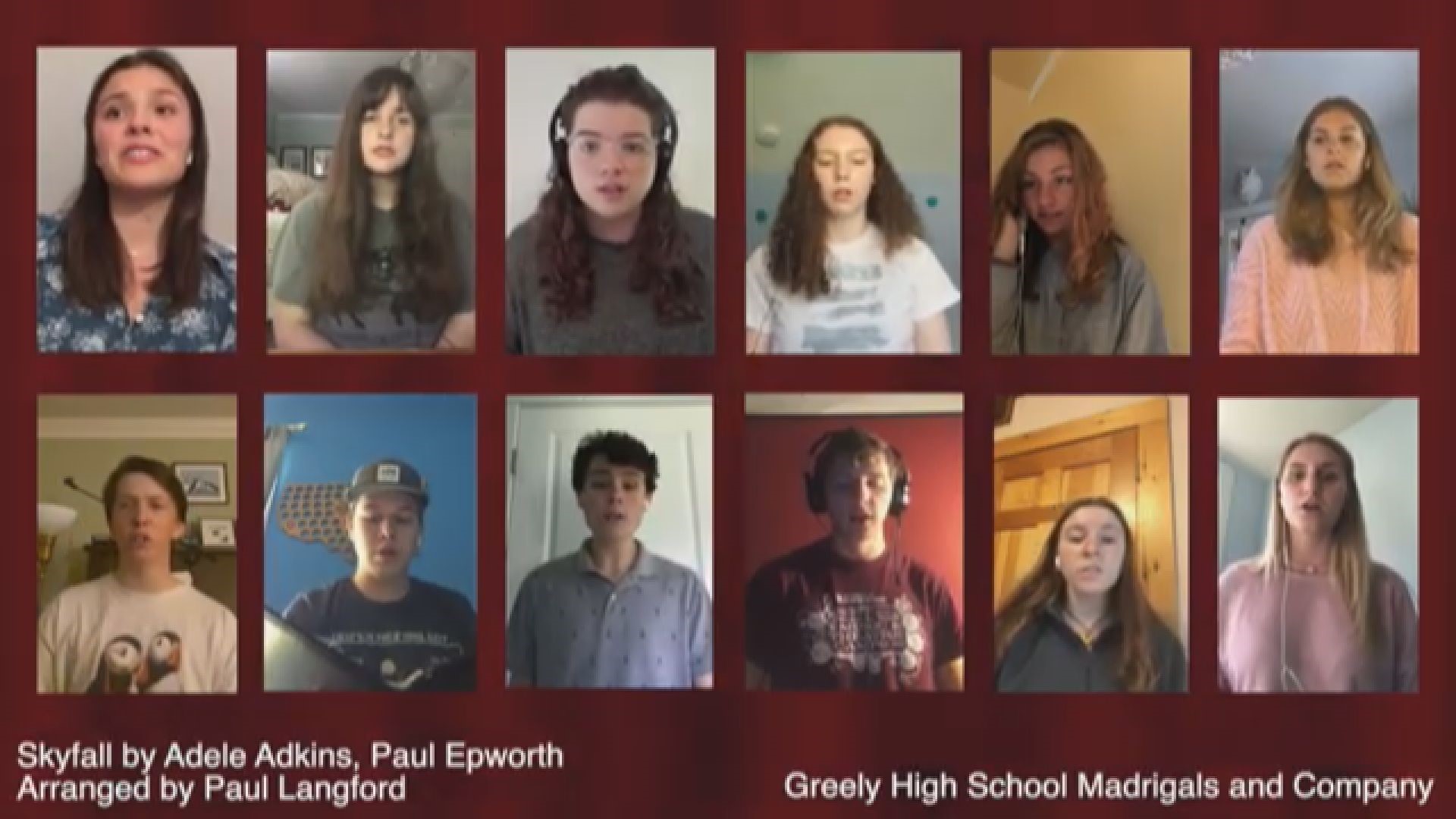 Even when classes at Maine schools resume in the fall, the reality of students being able to sing together is likely a very long way off. Chorus, in the traditional sense, will be a thing of the past, possibly until a vaccine is found for the coronavirus. But students at Greely High School in Cumberland aren’t letting isolation keep them from singing in unison.

Inspired by many other professional and collegiate virtual choirs, freshman Jack Gervais asked his choral director, Sarah Bailey, if he could try his hand at creating one.

"There is no technology that can create a situation where people are singing in different places and sound like they're singing together. It just doesn't exist," explained Bailey.

Bailey was completely on board with using his editing skills to create the virtual choir. She asked her students to record themselves singing a song they had previously performed.

'O Lux Beatissima', which translates as "oh blessed light," was recorded by one of Greely High School's three choruses. Students used an instrumental accompaniment and their phones to record their parts. Jack said the hardest part was simply that the students didn't have good sound equipment.

Then Jack got to work editing the voices together to make them sound as though they had been singing in the same room.

"As a project, that is about as close to what we would have been doing, which is singing together," explained Jack.

Jack learned a lot about editing and sound from his father, who is a musician, as well as his internship on the television show Greenlight Maine.

"I think these two videos are really things to be proud of," said Jack.

"When I was first listening to the song and mixing it, I started tearing up a little bit because it's emotional to hear all these voices. But you're not actually hearing them in person. It's bizarre," said Jack.

It's been an emotional experience for a lot of Jack's chorus colleagues as well.

"It is really hard not to be able to sing with other people because it's such a major part of my life that to have it suddenly gone like this is really difficult," said sophomore Sebastian Alfreds.

"Chorus is like one big family for me, so I miss the camaraderie," explained sophomore Sara Carlson.

The chorus also recorded 'Skyfall', which students learned at home. And despite being apart, students like Pippa Moody said they are trying to find a silver lining like cherishing all the time the chorus did have together.

"Our choir teacher, Mrs. Bailey, always talks about how music is a great way to express ourselves and bring joy to others, that through something that brings joy to us," said Madeline Emrich-Shanks.

The videos have been shared throughout the Cumberland community, and students involved in the project hope the community will be able to hear them singing together even though they are apart.