A harvest meant to be given away

Veggies to Table in Newcastle donates thousands of pounds of produce to those in need. 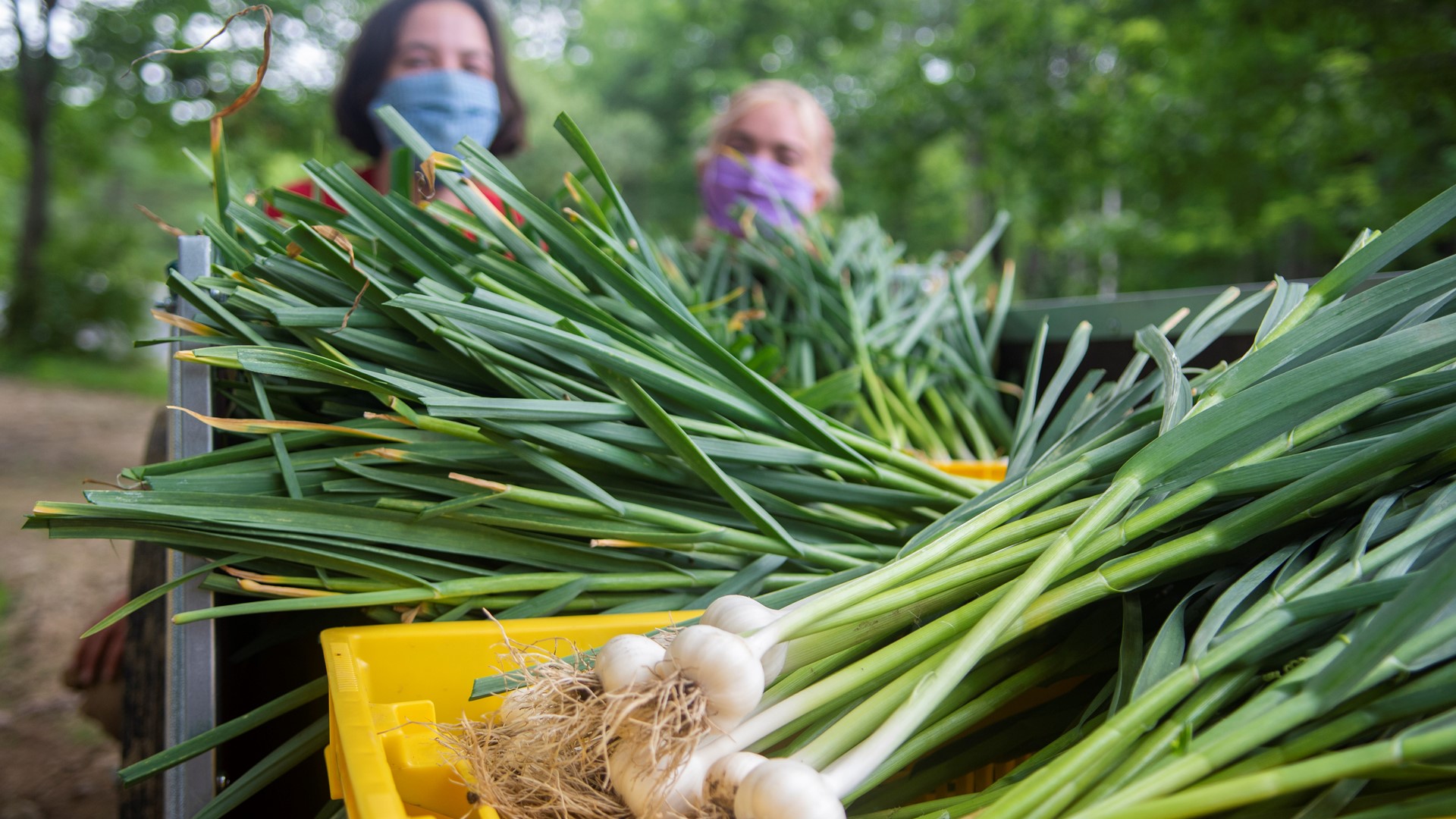 NEWCASTLE, Maine — Erica Berman and Alain Ollier are committed to addressing the challenge of hunger in Maine by growing a garden big enough to feed their community. They have hand-tilled the soil and nurtured talents they never knew they had in order to do so. And, they are off to a bountiful start.

A visit to Veggies to Table farm tucked off the beaten path in Newcastle, is bound to make you hungry. And it is hunger that is at the heart of this harvest.

"We love to cook, we love to eat, we can’t imagine not having enough food, and it’s kind of unimaginable," says Erica.

The US Department of Agriculture says that nearly 1 in 8 households is food insecure. The numbers vary greatly depending on how that assessment is made. That need provided fertile ground for their dreams to take root. "We were looking for ... a lifetime project, we’re in the ….middle of our life, and I had been running a luxury vacation rental company in Paris  - you couldn’t tell that from seeing me now for over 20 years. Very successful."

Credit: NCM
The harvest at Veggies to Table is abundant, all of it destined to be donated to the nearby community.

Erica grew up visiting Maine as a kid -  and lived abroad in Paris and Italy for years. She met and married  Alain in Paris, where they both decided to shed city life and return to Maine about 8 years ago.  Alain is a proverbial jack of all trades – which comes in handy around the farm.

Together …they found this property, and about five years ago, set out to create a grow-to-donate farm. "I spoke to everyone and said, Do you have enough fresh food? Do you need more fresh food? Of course, there’s not enough fresh food and this was before corona," says Erica.

This is their second season, and they’ve planted nearly an acre of the land.  On this July morning, two of the dozens of volunteers who work this soil harvest 600 bulbs of garlic  - while another plants seedlings.

Veggies to Table: a grow-to-donate farm

Miraim Entin-Bell volunteers her time at the farm. "I think growing food and doing manual labor and being outside and talking to each other is such a powerful form of connection and I think that’s what drew me to farming, and I think that’s what drew me here. I really was drawn to the idea of grow to donate because I think ... knowing who will eat this food and how much joy it will bring them."

Under Erica’s watchful eye, the volunteers water, learn when and how to harvest, weed, and mulch. It is a goal of Veggies to Table to create a community around the food.

After two seasons, they have donates more that 12,000 pounds of produce and hundreds of  bouquets of flowers. Allison Brooks visits twice a month to pick up for a food pantry in nearby Jefferson. She leaves with armloads of fresh garlic, celery, cukes and zucchinis. "Even as far as her food goes to us, it goes further than we’ll ever know. It’s community food. It’s for everyone."

And seeing the food, packed into a car, and heading off to those in need – feeds the dream that Erica and Alain continue to nurture. "Giving it away is really wonderful. I love it," remarks Erica.

The dream is to make the farm self-sustaining, and the challenge in this time – as for all non-profits  - is fund-raising. Erica and Alain hope to continue to expand their farm and harvest – and help other farms adopt a model like theirs.  If you would like to learn more about Veggies to Table, click here, and to learn more about donating to their efforts, click here. You can also follow Veggies to Table on Instagram and Facebook.