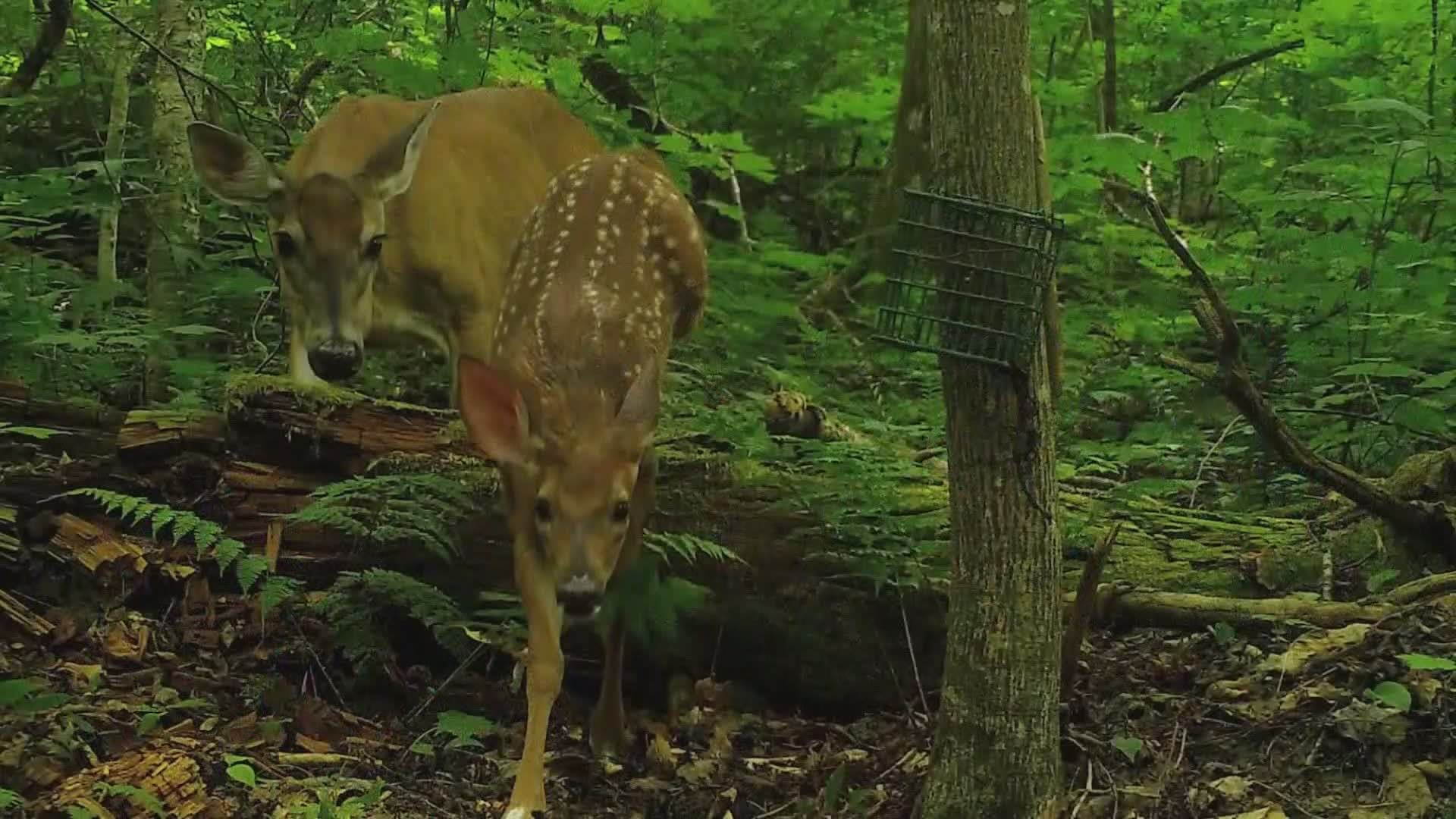 ORONO, Maine — Bryn Evans knows a thing or two about Maine wildlife and how to capture images and video of them. The University of Maine Ph.D. candidate has spent four years setting up her cameras close to 2,000 times at locations across the state. During that time, she's captured more than 800,000 images of moose, deer, bears, foxes, coyotes, squirrels, skunks, fishers, martens, weasels, and other critters.

She went on a walk in the woods with 207's Beth McEvoy to share some tips and tricks she's learned along the way to help others who want to catch a glimpse at the wildlife living right beyond their front door.

Get Permission: If you are setting up a trail camera or camera trap make sure you have permission from landowners before you venture out.

Avoid Vegetation: Trail cameras are motion-triggered and the last thing you want is 800 images of tall grass as it blows in the breeze. Evans tries to avoid disturbing the natural landscape and opts to find a well-cleared area rather than removing vegetation.

Look Down: Evans looks for scat, mounds where animals can get a good vantage point, or munched mushrooms and berries—anything that suggests animals are passing by.

Set Camera at Pinch Points: "I always start with the areas where animals are going to move. The easiest way to decide that is to decide where you would want to move," Evans said. Look for an intersection of natural paths where creatures will have to make a decision and point your camera towards the intersection.

Stay Low: Evans mounts her trail cameras low, on sturdy trees. She always places a stick behind the top of the camera to give it a good vantage point.

Patience: It can take weeks to capture video or stills of animals but Evans recommends visiting your camera often if it's close by to adjust it, make sure it's working, and check the batteries. (She suggests using lithium batteries especially during cold Maine winters.)

Evans uses Bushnell cameras because they are affordable but says there are many brands on the market that work well or better. She opts to take images rather than videos simply because of the sheer mass of her research and the length of time she leaves her cameras out. She has never had anyone mess with her cameras in Maine but says bears and moose have destroyed more than a dozen cameras.

In her research, Evans uses lures bait in a cage placed in the camera's view to help increase the detection rate of the animals she's studying.

"As long as you're not breaking any laws, putting an animal in danger, I have no problem with it to give an animal a little reward if [they] show up right where I can get a picture of [them]," explained Evans.

If you do decide to use a lure, make sure it is legal and ethical, preferably something the animal you are trying to attract would eat.

Lastly, have fun discovering the wildlife that probably lives closer to you than you think.

RELATED: Bears, bobcats, and moose, oh my! Get a glimpse of Maine wildlife with Milford man's backyard camera