When it’s snowing and you’re soaking wet on the Appalachian Trail, “you just kind of have to laugh at the situation” 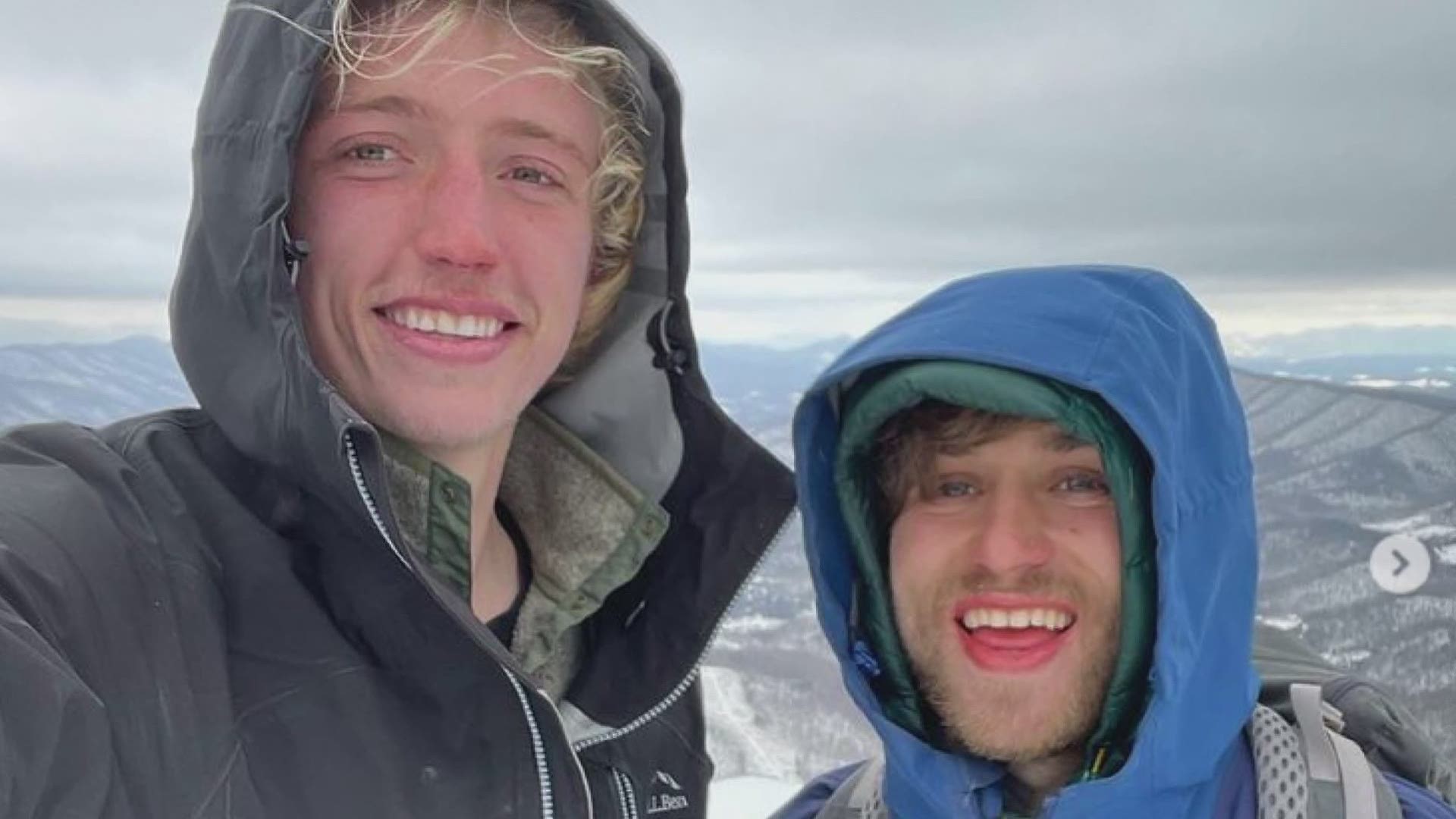 PORTLAND, Maine — On the first day of 2021, Sammy Potter of Yarmouth began hiking north from Springer Mountain, Georgia, the southern terminus of the Appalachian Trail. With his friend and college classmate Jackson Parell, he set out with an extraordinarily ambitious goal. They wanted to complete, in one calendar year, the Triple Crown of American hiking—the Appalachian, Continental Divide and Pacific Crest trails. If successful, they’d be the youngest hikers ever to do it.

The plan was to take them one by one, hiking the AT in its entirety, then the CDT, finally the PCT, roughly eight thousand miles in all. Potter and Parell aimed to move at the hiking equivalent of nearly a sprint so they can return to Stanford University in September.

Most thru-hikers tackling the AT plan on taking six months and typically start in March, when spring is arriving in the southeast. Potter, as mentioned, hit the trail on New Year’s Day, proceeded north, and soon ran into “a pretty brutal winter” in the Smoky Mountains of Tennessee. “We were there for four days, hiking through them,” he says, “and we got hit with a different snowstorm on each of the four days. So it went from like six inches of snow one day to a foot of snow the next day to two feet and then finally the last day…maybe two and a half, three feet, something like that.”

Without the right temperament, such conditions would be crushing. They took an emotional toll, Potter acknowledges. “Looking at a foot of snow for miles and miles, knowing that we’re going to have to break that trail while it’s continuing to snow and we’re soaking wet, you just kind of have to laugh at the situation.”

The weather forced Potter and Parell to change their plan. In Pennsylvania, they left the AT to hike the 500 southernmost miles of the CDT, then went farther west to cover roughly the southernmost third of the PCT. Now they’re back on the Appalachian Trail, with a goal of reaching the northern terminus on the summit of Katahdin in late May. Then they’ll return to finish the other two trails.

Throughout the journey Potter has kept up his spirits with a saying he heard first from New England Patriot Julian Edelman: Tough times don’t last, tough people do. “I think that really is a great way to describe our first three months on trail,” Potter says. “We’re going to get through [these tough times] and we’re going to be grateful for them—and it makes us tougher for going through them.”

RELATED: “The first thirteen miles just about killed me”