Christian Hayes is trying to keep his two businesses afloat. After laying off two dozen people amid the coronavirus, he scrapped his menu and started from scratch. 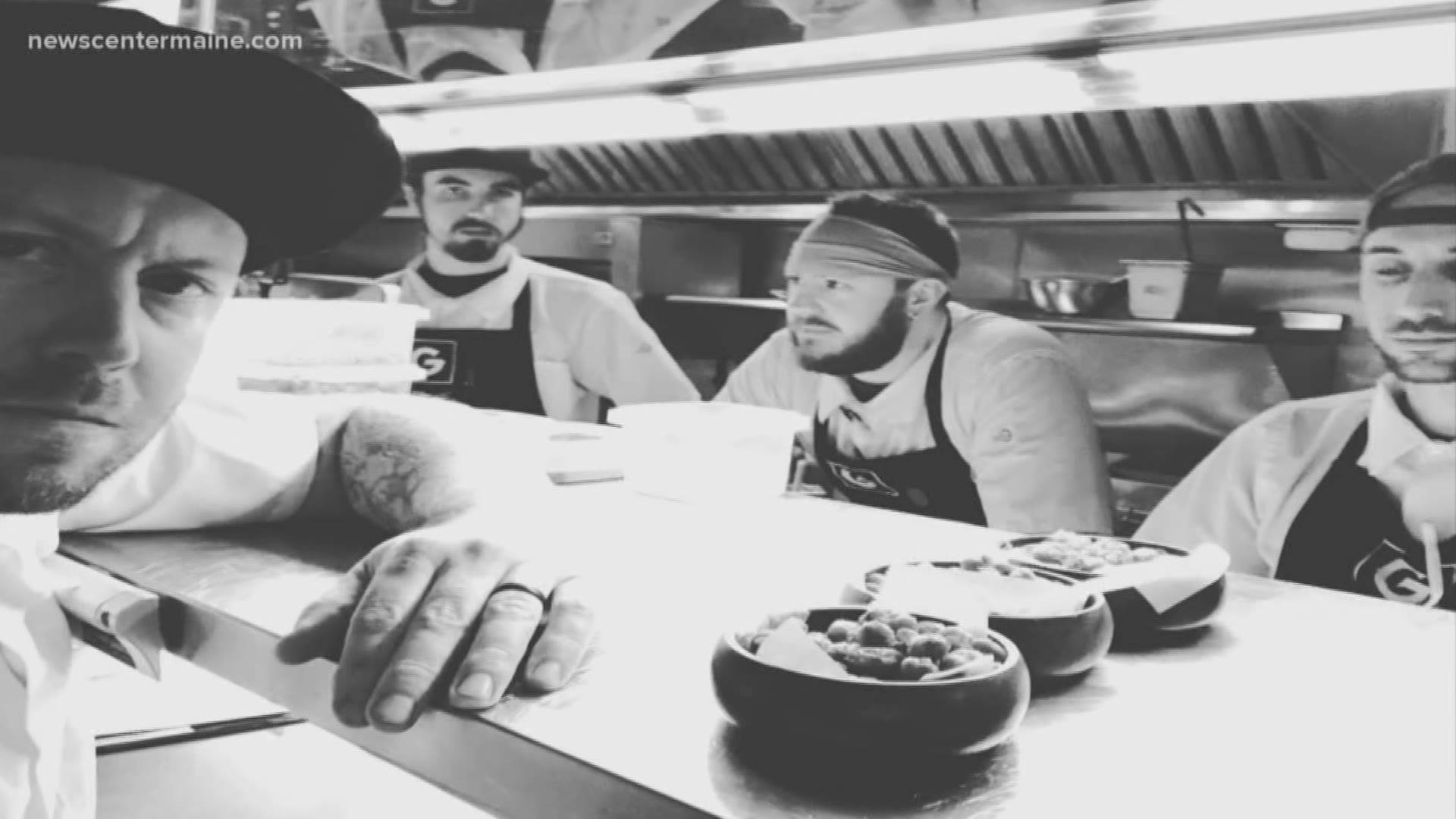 Christian Hayes' two businesses, The Garrison, a fine dining restaurant that hasn't even been open for a year, and his catering business Dandelion, that is in its eleventh year, both came to a screeching halt in early March amid the spread and worry of the coronavirus.

Within 48 hours, and after laying off two dozen loyal employees, Hayes scrapped the menu at his upscale new American food eatery replacing scallop crudo and wagyu brisket with lobster for wings, burgers, and fries.

"Honestly the world does not need fine dining right now. What it needs is good, solid, humble food," Hayes said.

The first few nights they opened for take-out, The Garrison was slammed. Hayes blew through 200 burger patties and 100 pounds of fries so quickly they had to close hours early. And although the response to his take-out menu has been encouraging, laying off two dozen employees is still weighing heavy on his mind.

"They knew it was coming but just sitting across the table to say goodbye was awful," said Hayes.

Employees at The Garrison may have seen it coming but the University of Maine law school student Lily Woodward said she was blindsided when she was laid-off from Gelato Fiasco in Portland where she had worked for three years.

"I was completely shocked. I had no plan B. I'm a student. I had no savings and that is why I am heading home to Arkansas," Woodward told me as we Facetimed on her way home. Woodward says management told her that her job was safe, that the company had a plan and had funds of her. Woodward was let go on Monday, March 16.

The owner of Gelato Fiasco, Josh Davis, said they were heartbroken to have to lay off employees and that employees were never told their jobs were safe.

Christian Hayes is hopeful when the coronavirus ends and he says with government support, he will see his former employees again.

Last Tuesday, March 17, Hayes says in the middle of his businesses collapsing, a Maine State Revenue Officer showed up to collect February's late sales tax. Hayes claims the taxes were two days late. The officer threatened to shut the restaurant down. Hayes paid the taxes and was able to remain open.

"It was a major kick in the gut because we are already up against so much," Hayes said.

The Maine Revenue Service said in a statement to NEWS CENTER Maine, "they recognize the strain that businesses are currently experiencing and they will continue to work with taxpayers who need assistance." They said Revenue Officers are still collecting taxes in person and there are no plans to halt collecting them due to the coronavirus.

In the meantime, Hayes is trying to see the humor in things and do his best to keep up with the seemingly endless take-out orders.

"there is a chance that a majority of the restaurants that are shuttered right now are not going to get a chance to open up after this is done," Hayes said.

"I'm more sad than I am scared. I know a lot off families who have opened restaurants,  brilliant people with brilliant food and I am scared for them."