The team that brought a city together 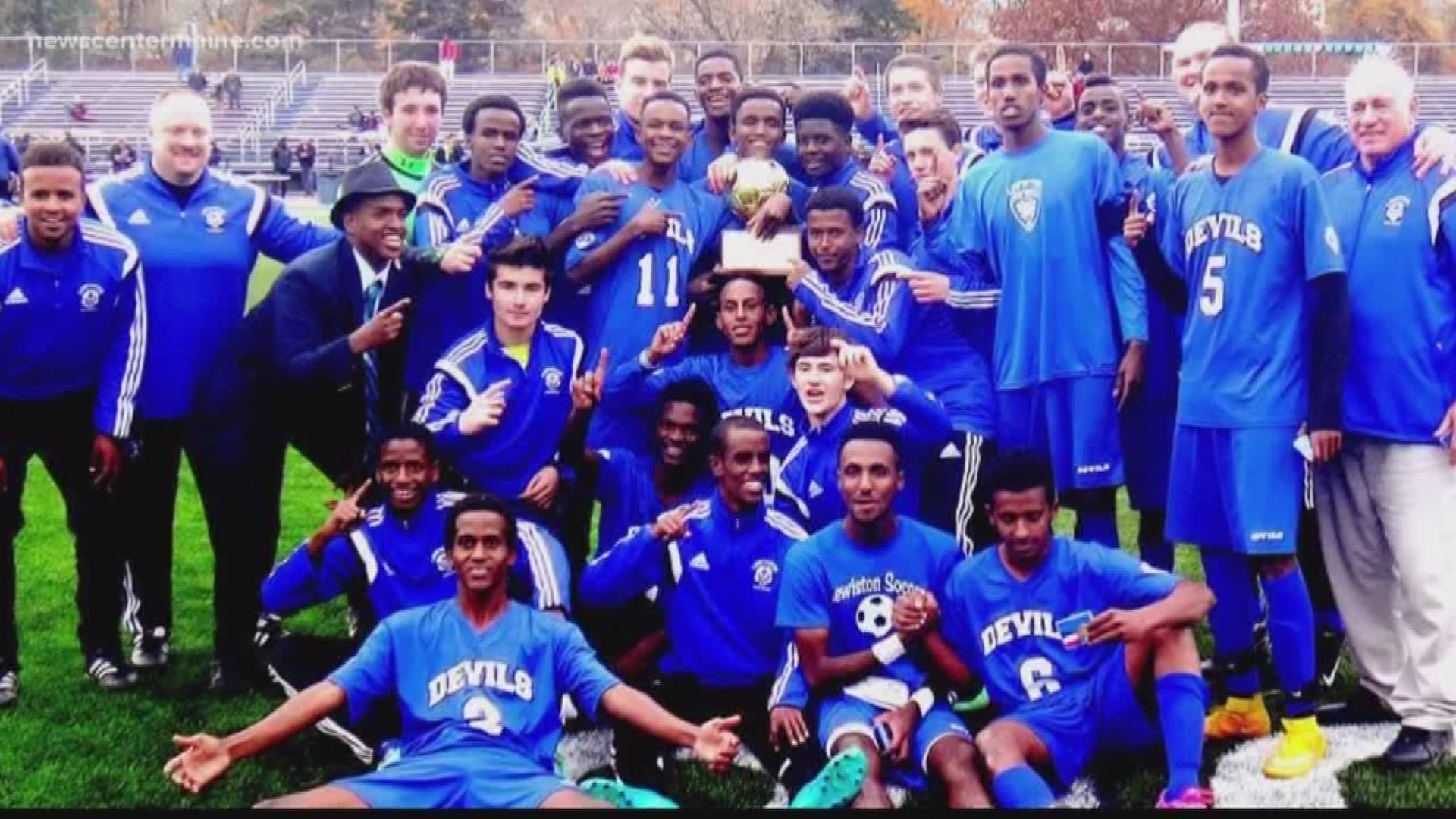 How good…no, not how good…how crushingly dominant was the 2015 Lewiston High School boys soccer team? Consider this: Going into the playoffs, the Blue Devils had outscored their opponents by a combined score of 100 to 7. They won, as Amy Bass puts it, by baseball scores. Even more impressive, the team wasn’t trying to humiliate its rivals. “The first starters would get pulled when they were up by five points or more,” Bass told us in an interview. “So you had these remarkable soccer players who were playing 30, 35 minutes a game. Then the second line and the third line went in.”

That squad, the best in Maine that year and one of the best in the United States, is the subject of Bass’s new book, “One Goal: A Coach, a Team, and the Game That Brought a Divided Town Together.” The excellence of the players is just part of the story. The rest is even richer: how a team composed mainly of Somali refugees overcame prejudice on the streets of Lewiston and on high school soccer fields all over Maine, thanks in part to an inspiring and empathetic coach, to unite a city that had not always welcomed the players’ families.

Bass graduated from Bates College in Lewiston, but not until she wrote this book did she really discover the heartbeat of the community. At a time when the bonds of affection are strained in towns and cities across America, the story offers both hope and inspiration. “When you need to start a conversation,” she says, “starting with a soccer game is not a bad way to begin.”