The professor who finds music in the sounds of the forest

“On a great day, the sound of wind through the trees is amazing” 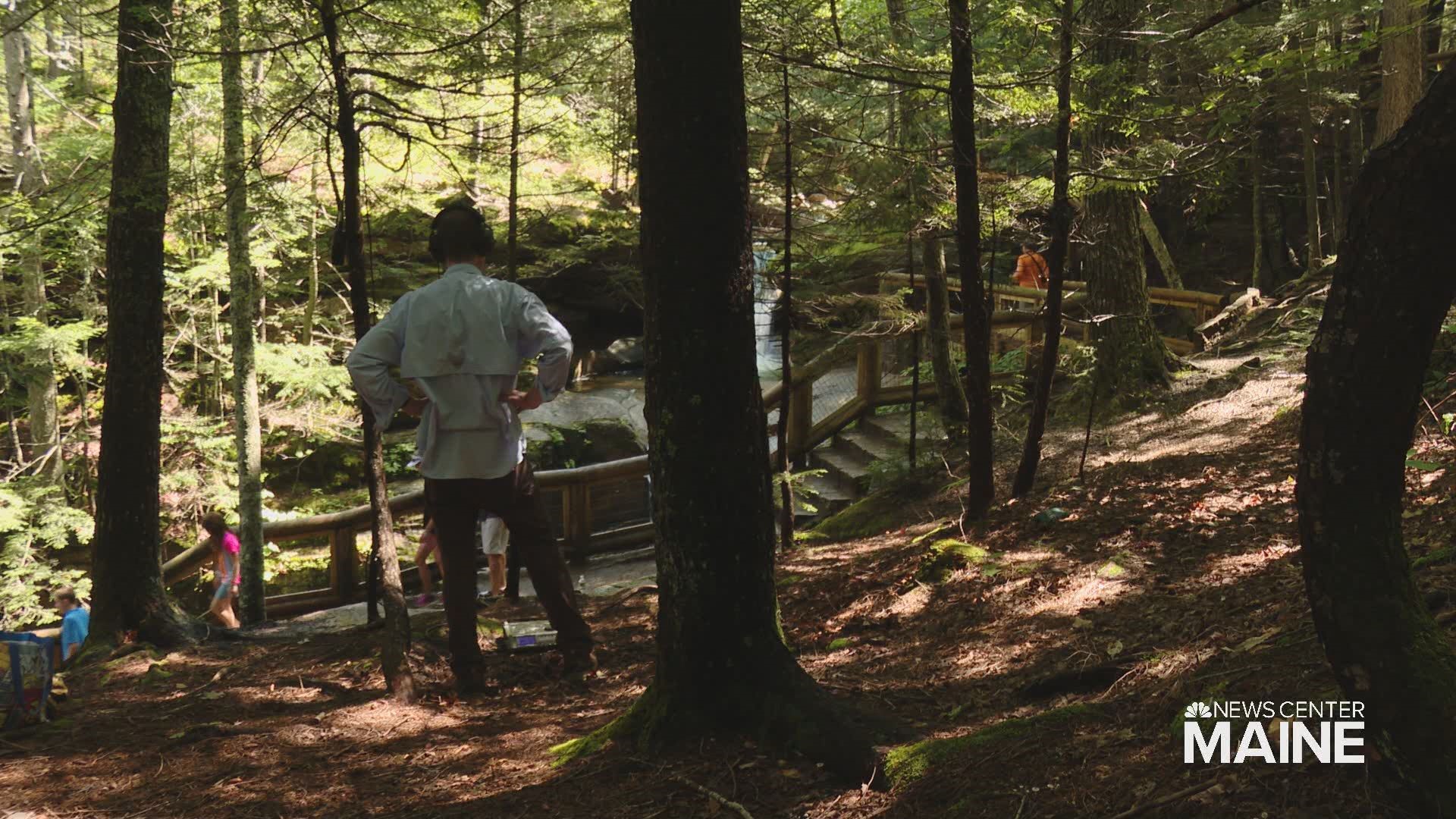 CONWAY, N.H. — In the vast reaches of the White Mountain National Forest, where the woods and streams and mountains draw countless visitors looking to connect with nature, Steve Wilkes stands out.

The gear is the first giveaway that he’s not like other visitors. Carrying microphones and cables and sophisticated recording equipment, he walks into the woods until he finds a place he likes, then sets up his devices and listens, silently, capturing the sounds of the forest. “Some of my greatest experiences have been setting up mics and just sitting next to a stream that leads to a falls like this and recording it for a while,” Wilkes told me as we stood near Sabbaday Falls off the Kancamagus Highway. “It’s beautiful.”

For five years, Wilkes has been collecting the sounds of the White Mountain National Forest for a project called Hear the Forest. The recordings will be preserved in what is, in effect, an audio time capsule.

What types of sounds? In a word, everything. Birdsong. Breezes, winds, gales. Squirrels. Rushing brooks. Hikers. The hum of car traffic. Wilkes wants to collect it all, whether human or natural. “I’ve recorded two or three covered bridges from the inside, which is really amazing,” he says. “On a great day, the sound of wind through the trees is amazing, too. Cog railway. I could go on but I hope that gives you kind of a taste of what I’ve been going after.”

The Hear the Forest project got the right man for the job. Wilkes was a professional drummer—he played for Blue Man Group and the Empire Brass Quintet—before becoming a professor at Berklee College of Music in Boston.

Spending countless hours listening to the sounds of the forest has changed the way Wilkes thinks about music. His new definition of a musician: anyone who has learned how to embrace and listen to the entire world in a musical way. “If you can do that if you can always be mindful and process all this sonic wonder as music,” he says, “I think you’re a musician.”

RELATED: For a master of underwater photography from Maine, the rewards are big--but so are the expectations