“I’m not out there on a mission to fix anything, but to connect to a group” 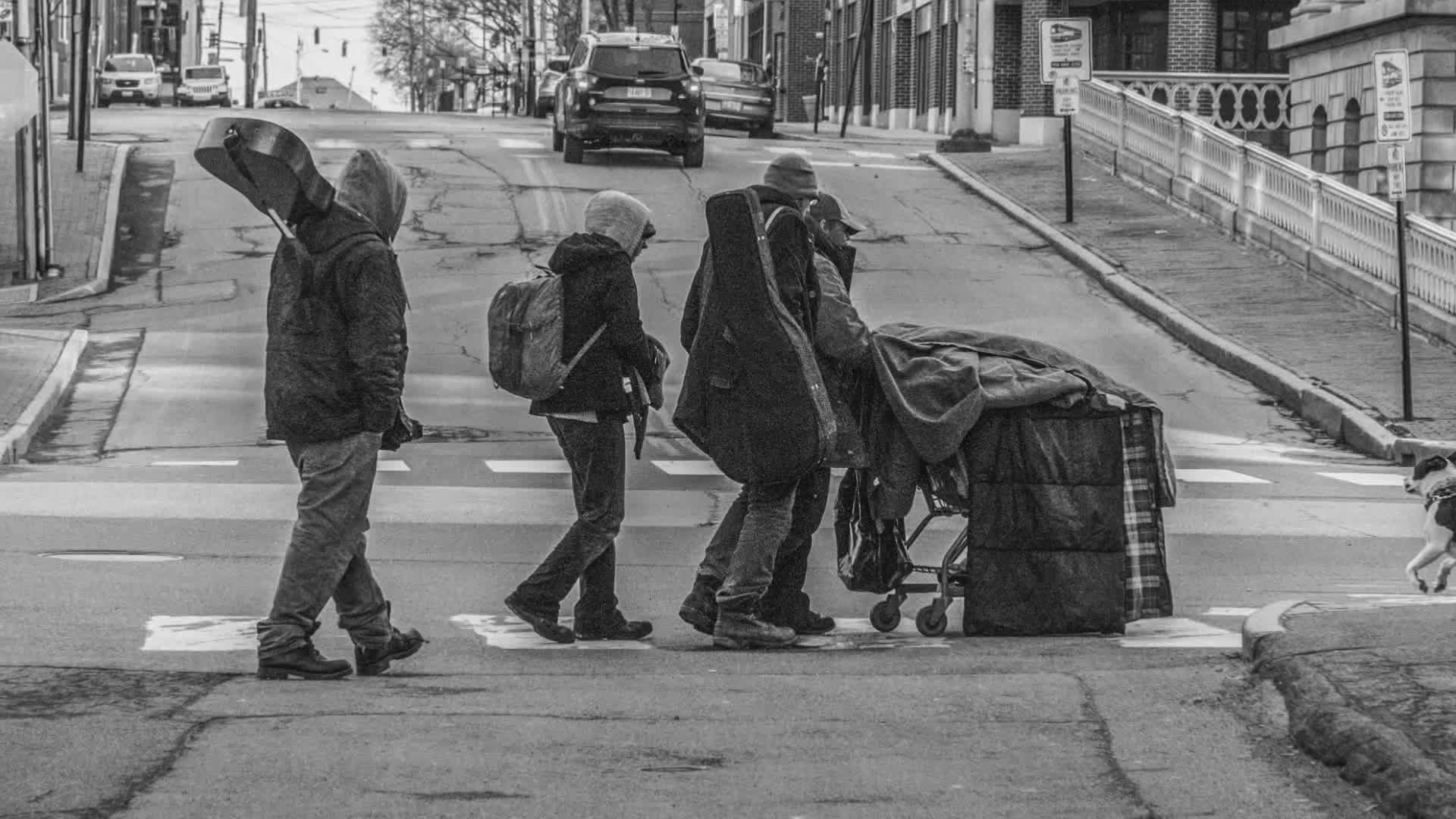 PORTLAND, Maine — For more than a decade, Joanne Arnold has dragged herself out of bed before the sun comes up and driven into Portland to take photographs as the waterfront is touched by the first rays of light. At that hour there are two groups of people who are out virtually every morning—those who fish and those who have nowhere to call home.

“A day came when I could no longer ignore the people I saw sleeping in alleys and crouched in doorways,” Arnold wrote recently in “Mainer,” a monthly newspaper. “They were as much a part of the scenery as lobster boats, traps, and empty Fireball nips in the gutter.”

In time Arnold became less interested in photographing the waterfront in the golden light of dawn and more interested in getting to know the people she saw. One day a man with a shaved head covered with tattoos lowered his head so she could get a good look. It was not so much an invitation to photograph him as it was a request. “I was taken quite aback,” she says. “But it was clear how much he wanted to be seen.” The moment sparked a connection between the two and gave Arnold “a moment I wouldn’t have had at any other time in my life.” It set her on a new course.

Since then Arnold has taken the photos of countless people on the street—“unhoused,” as she says—always after creating a relationship with them, always after getting their permission. “I’m not out there on a mission to ‘fix’ anything, but to connect to a group that is generally shunned and thought little of and criticized and judged.” The emotion in her voice grows as she finishes the thought. “Well, excuse me,” she says, “but I think the whole world needs a little bit more work on that.”

Want to learn more about why Arnold feels such a deep connection with these people? Watch our interview to find out.

RELATED: A Maine photographer finds beauty without working too hard

RELATED: Want to become a great photographer? Here’s the path one Mainer traveled