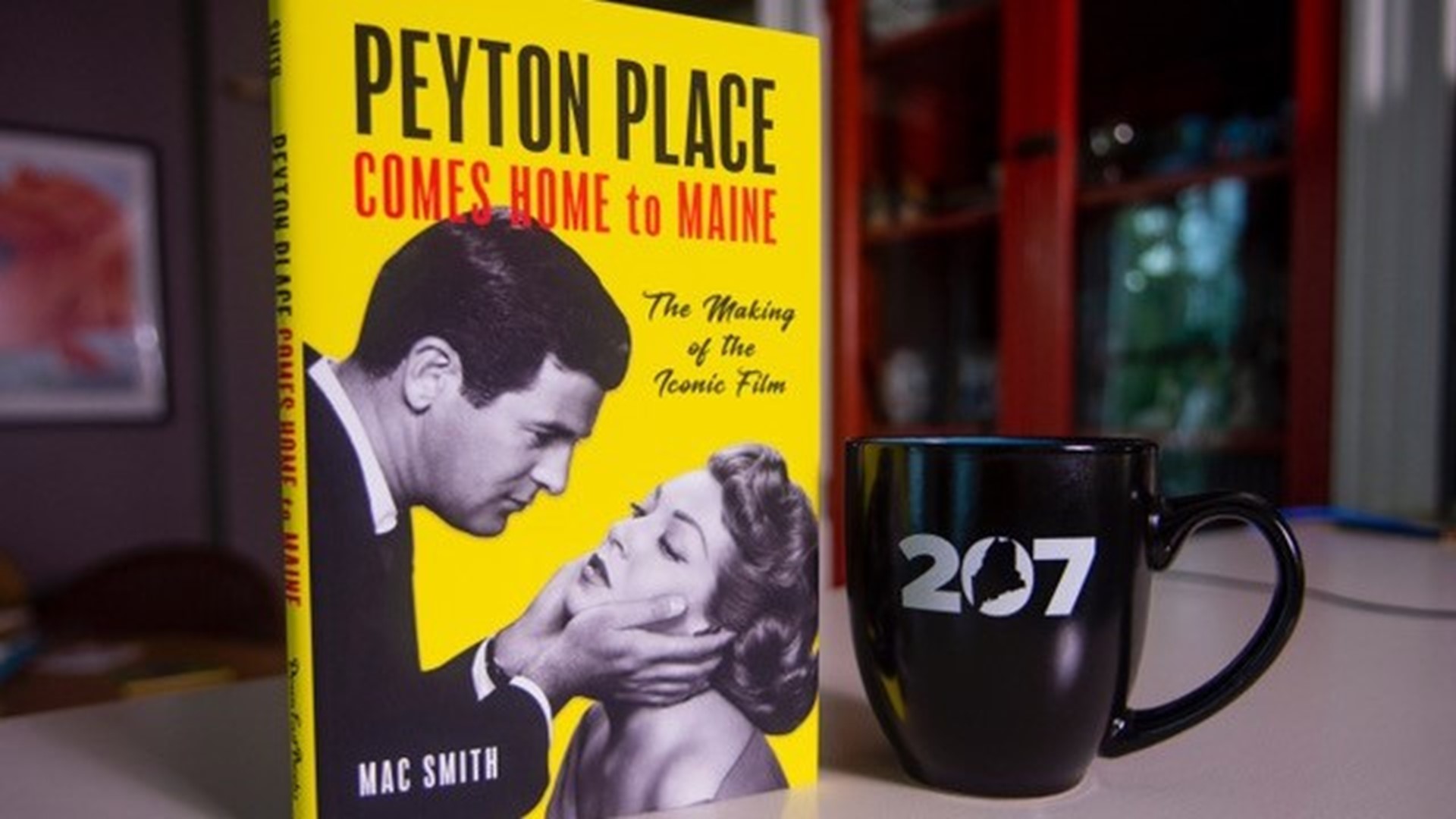 CAMDEN, Maine — "The people of Camden really pulled together to make this happen. It was 1957, a very conservative time, Grace Metalius wrote Peyton Place. She based it on an actual event in New Hampshire, and it caused friction between her neighbors in New Hampshire and herself because she was talking about some inside secrets to outsiders."  Author Mac Smith grew up near Camden, and knew that when Hollywood chose to film a scandalous movie project in the area, there had to have been conflict and confrontation. So, he decided to pursue the story.

"It’s a very good book, but she did add a lot of scenes that were graphic for the time which caused great controversy. Even before it was published the book was banned in several locations across the country … it was banned in the entire country of Canada. People were actually being threatened with being thrown in jail if they sold the book," says Mac, setting the scene.

"Hollywood was very fortunate in that the Camden-Rockport Chamber of Commerce had invested tens of thousands of dollars in a national ad campaign to promote the area including a spread in the New York Times. So when the producer of Peyton Place came knocking for a location to film the movie, the town officials in Camden and Rockport and Rockland welcomed them with open arms."

The neighboring states of New Hampshire and Vermont had turned away the production, and even within Maine, there were plenty of cities and towns who did not want that movie filmed within Maine's borders. But Camden saw an opportunity. The town launched a "clean up, paint up, fix up campaign" to spruce things up.  "Town Manager Sterling Morris of Camden – as soon as the announcement was made that Camden had been selected -t he town’s public works department, they went in to immediate action, they painted everything they could, they fixed everything they could – they really spruced up the area, and the local IGA even got in on it – offering a free packet of flower seeds with every purchase. It was a community event," says Mac.

When Camden was selected, the whole pattern of living changed in the town.

"I talked to one of the extras, Jay Foster, who was a young man at the time the movie was shot. He said that Camden sort of had a singular purpose that summer. Everybody was watching the filming, and just involved in the news of the filming."

The stars arrived in a staggered fashion based on their shooting schedules, and so every few days the newspaper would trumpet the arrival of the next big star in to this small town. Residents would check out the schedule daily just to know where the production would be shooting.

"There were two scenes in the movie – the Labor Day Parade – and the Labor Day picnic – which used the bulk of the extras and for those scenes -  those two days, I believe they used almost a thousand extras in the movie," recalls Mac. "Camden took a gamble -  but it wasn’t the biggest gamble. They knew that a major studio such as 20th Century Fox was not going to push the envelope that much. And they had to run the script by the Legion of Decency. With the censors approval, they knew they had a clean enough movie to be able to show their face around town."

Mac sums it up this way. "When the city of Camden and the local areas around it agreed to be used for the film Peyton Place it was not about the money that they would make. It was about freedom of expression. Grace Metalious’s book is a great book, and it has a lot of sexual passages. But those passages do not negate how good that book is. And, the people of Camden, and Belfast, and Rockland, and all the other areas, were willing to risk that black eye because they believed in the freedom of expression, artistic expression, and they took a stand. They could have easily still been the villains here, but instead, it’s a beautiful busy place 50, 60 years later.

After the filming of Peyton Place was completed, the people of Camden campaigned to have the premiere of the movie held there – and they were actually successful. So, this highly anticipated film debuted in mid-coast Maine in December of 1957.  The stars of the film were not available, so 20th Century Fox enlisted Bette Davis and her husband Gary Merrill to attend the premiere, and serve as Hollywood royalty. Apparently during the premiere, Bette Davis stepped out of the film to be interviewed live on (none other than) WCSH TV by Agnes Gibbs, described as Maine’s First Lady of radio and television.  As Mac writes, there was a mutual affection between that movie company and the people of Camden that year.