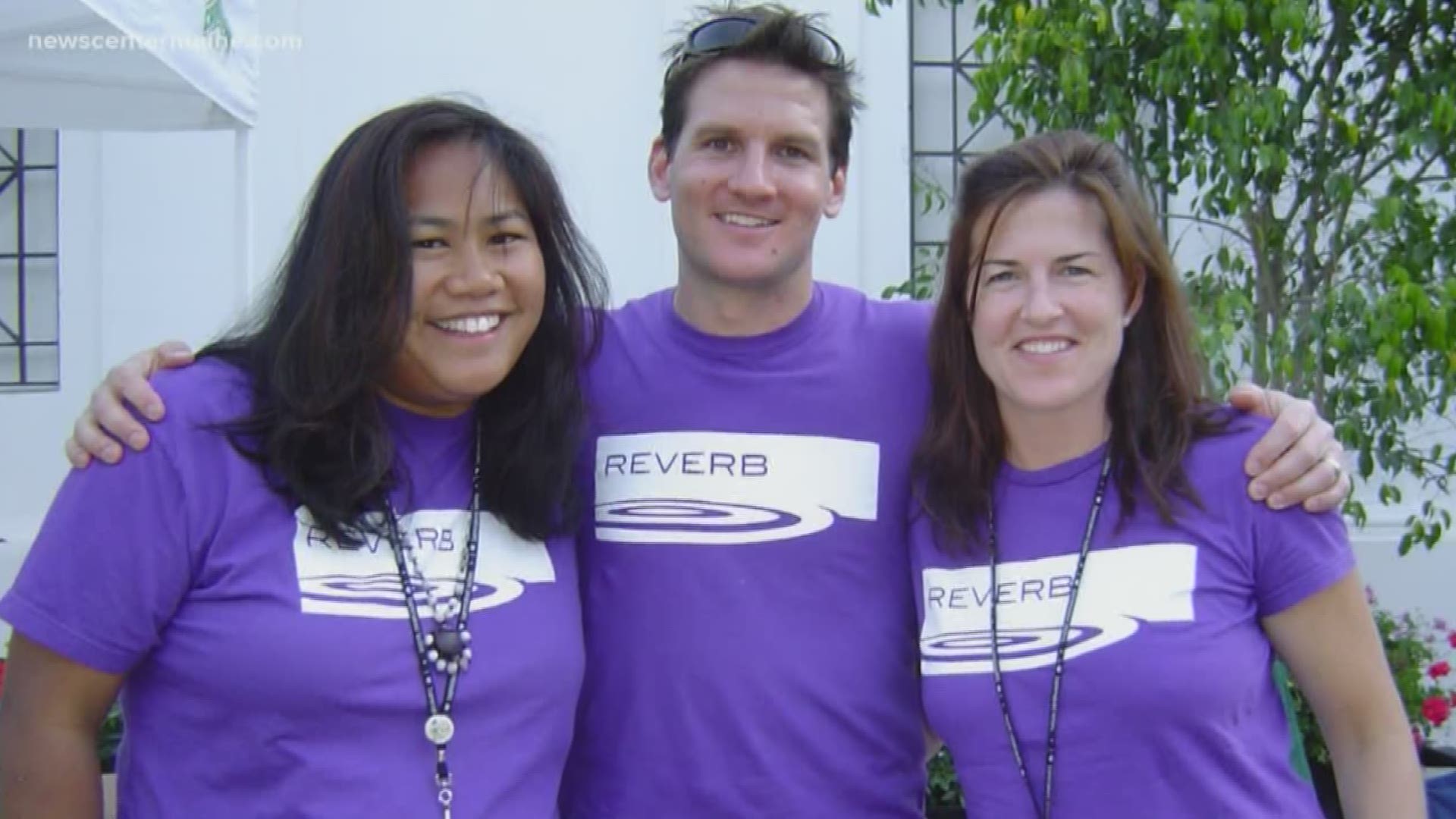 PORTLAND, Maine — For the past fifteen years Reverb, a nonprofit based in Portland, has been tapping into music to try to make the world a better place. Adam Gardner and Lauren Sullivan started thinking about what became Reverb before they got married. He was and still is a member of the popular band Guster; she had worked for the Rainforest Action Network. When Gardner was touring, he was distressed by what he saw when the band left a concert venue: piles of plastic cups and bottles, uneaten food, a tour bus with a diesel engine that had been idling for hours out on the street.

Gardner and Sullivan founded Reverb with the idea of uniting music fans and harnessing their energy to tackle “the environment and social issues we face…empowering millions of individuals to take action toward a better future for people and the planet.” In practical terms, that means getting musicians, fans, managers and venue operators to think about things they’d never thought of before—setting up recycling bins, composting food scraps from catering companies, fueling trucks and buses with biodiesel, donating hotel shampoo bottles to homeless shelters. It also means engaging fans so they get involved in social and environmental action.

“We want to help venues and festivals really build new relationships with their fans,” Sullivan says, “so they can feel, wow, these folks at my venue, they care. They’re doing great things for the environment.”

Celebrity helps. Gardner has used connections built up over nearly three decades as a touring musician to reach out to other performers and bring them aboard as partners. “Certainly in the beginning it was definitely just calling up friends in other bands, “ he recalls. “[I said] I know you care about things like this. Here’s what we’re trying to do. And so the first call I made was to the Barenaked Ladies.”

Since then well-known musicians from several genres have joined hands with Reverb: Dave Matthews, Jack Johnson, Maroon 5, Heart, Fleetwood Mac, Pink, Harry Styles, Willie Nelson, Kacy Musgraves, and more. When those musicians do a concert, Reverb will usually work to keep it green and reach out to get fans engaged. In fifteen years of working with Dave Matthews, for instance, Reverb has collected 338,000 gallons of recycling and composted 138,000 pounds of food waste.

RELATED: Just a song before they go

Reverb has a message that’s a play on words: Band Together. “There’s no more powerful place to do it than in a rock show or a music show,” Sullivan says. “You’re just open-hearted and you’re feeling a sense of community and hearing your favorite music. And I feel like those messages can really percolate through a bit more powerfully.”

For more information about Reverb and the work they do, visit www.reverb.org.