One of Maine's oldest diners where locals say 'if you can't handle it, don't come in'

The Deluxe Diner in Rumford is one of Maine's oldest diners and may also be the sassiest. Locals come in for good food and some healthy ribbing. 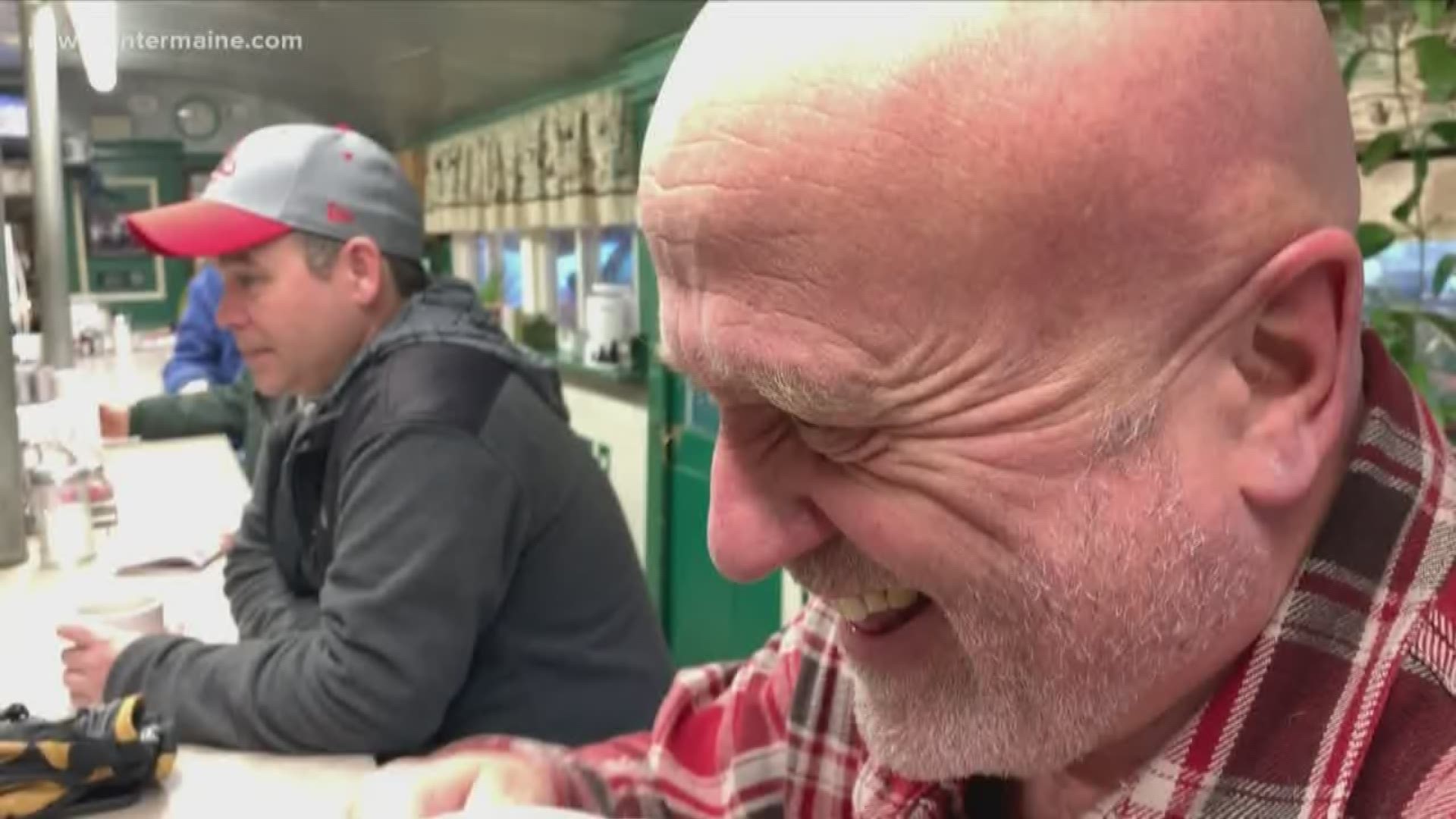 RUMFORD, Maine — Update: When Covid-19 hit Deluxe DIner was forced to close their doors. The sisters who have owned and run it for more than five years say they were heartbroken to close and put the diner up for sale.

The self-proclaimed home of eggs and insults in Rumford offers customers not only comfort food but colorful conversation as they sit among the 16 stools of the 1928 Worcester Dining Car.

In its more than 90 years in service, the small dining car, that came to Rumford by way of rail in 1929 and settled on a hand-dug basement at 29 Oxford Ave., has seen several owners. Today, Deluxe Diner is now run by sisters Jodie Campbell and Julie Kiley.

It is a tight space with no bathroom, and diners are packed tightly together as they sit at the original marble countertop on swivel stools. It helps that most of them already know each other. They chat and sip coffee as they watch their meal being prepared under the original German silver hood. Julie takes the orders and fills cups of coffee while her sister, Jodie, mans the grill.

Jodie Campbell had lived in Rumford for several years before she even knew the diner existed. A friend brought her to the tucked-away spot near the mill, and after that, Jodie never went anywhere else for breakfast, she says. Julie started working for the previous owners in 2015 and bought the diner three months later, convincing her sister to come along with her. Jodie was worried at first. The grill overwhelmed her as she struggled to cook two meals at a time, and could not talk to anyone while she worked.

"It's all about timing," Jodie says without looking up from the grill where she now can easily toss around five meals at a time and talk to everyone who comes through the sliding door. "Once you get the timing down, it's all cake and pie after that."

Deluxe Diner is open five days a week, Wednesday through Sunday. It opens on weekdays at 5 a.m. and on weekends at 7 a.m.

"I’m kind of a shy chick," Julie says while undertaking her morning routine of baking fresh bread among other prep work. Over the last five years, she says she's come out of her shell quite a bit. But what she lacks in boldness, her sister, Jodie, makes up for in spades. Most mornings, Jodie weaves a fast-paced dance behind the grill, never leaving a five-foot radius. As she cooks, the sisters shout welcomes to everyone who comes in the door. Most are locals and regulars.

Some, like 81-year-old Don Ducas, or "Dukie," comes into the diner every morning. He's a legend in the small dining car and teases his buddy sitting next to him for talking too much to the camera. "If you don't like it, don't come in here," he says with a grin. But you know he's serious.

"They're very nice girls," Ducas says of the current owners. If he doesn't show up for breakfast for more than two days, the sisters give him a call to make sure he's okay, as they do for several other customers when they haven't seen them.

"We care about them. We love our customers and they care about us, too. As much as we give to them, they give back to us tenfold. They really, really do," says Julie.

"These small towns in Maine, there is only three places of higher learning, right?" says early bird customer Chuckie Arbor as he waits for his omelet and homefries. "The library, the barbershop, and the diner. My library card expired years ago. As you can see, I don't frequent the barbershop," he says as he pulls his beanie down to reveal a completely bald head. "If you want to learn anything, you have to come here. It's just the way it is."

Just the way it is, and hopefully just the way it will continue to be. Julie and Jodie say they feel a sense of pride to be carrying on the tradition of running one of Maine's oldest diners.

"There have been a lot of asses in those seats and we love that... I know everybody’s name that’s in this place right now, and that makes me feel really good," Jodie says as she looks at her customers. "It’s a real sense of community and friendship."

RELATED: Only in Maine can you buy cheesecake on the honor system out of a garage, 24/7 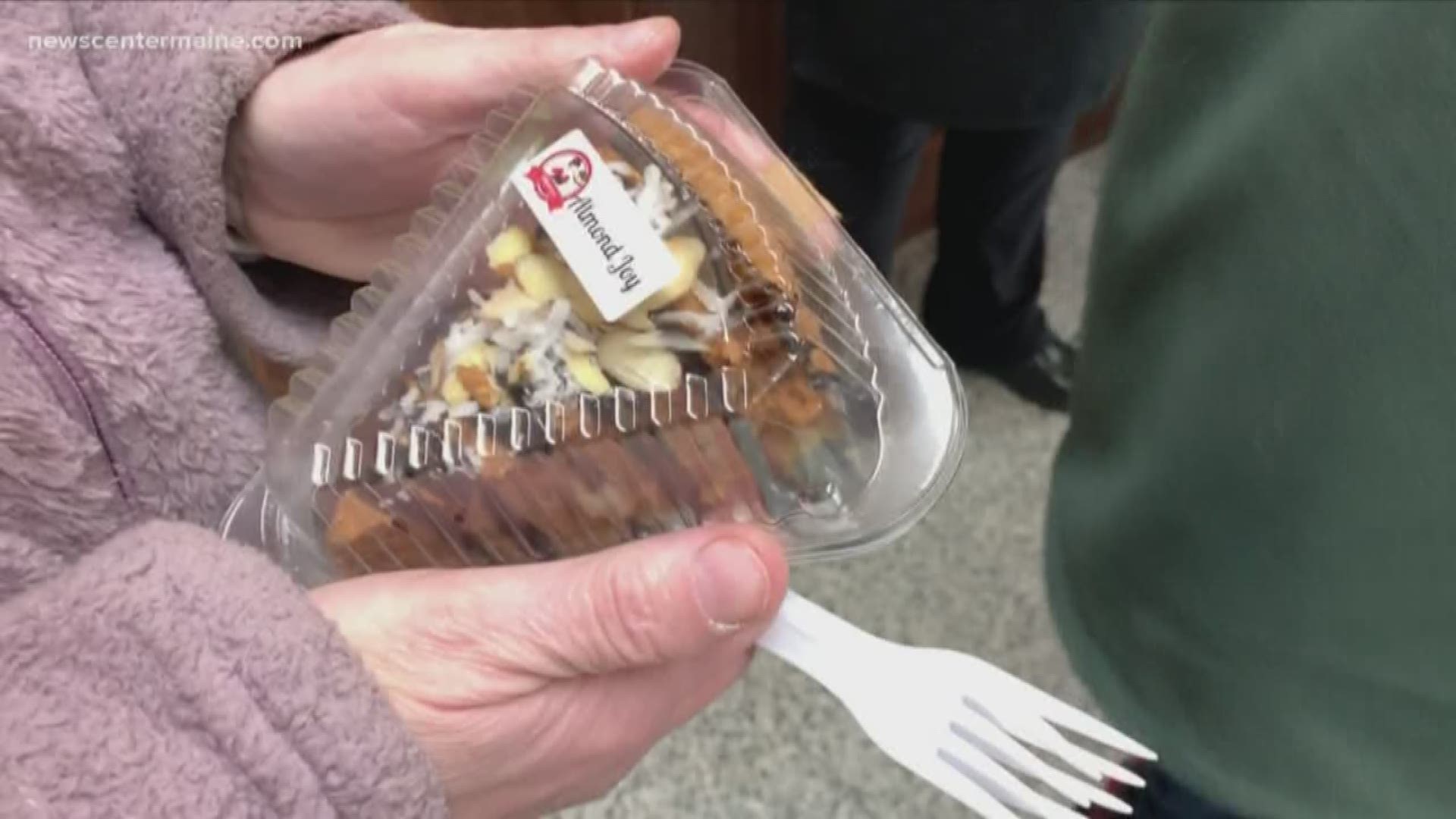