The challenges facing a big band when the music world shrinks

Says the co-founder of the Fogcutters: “We all miss each other” 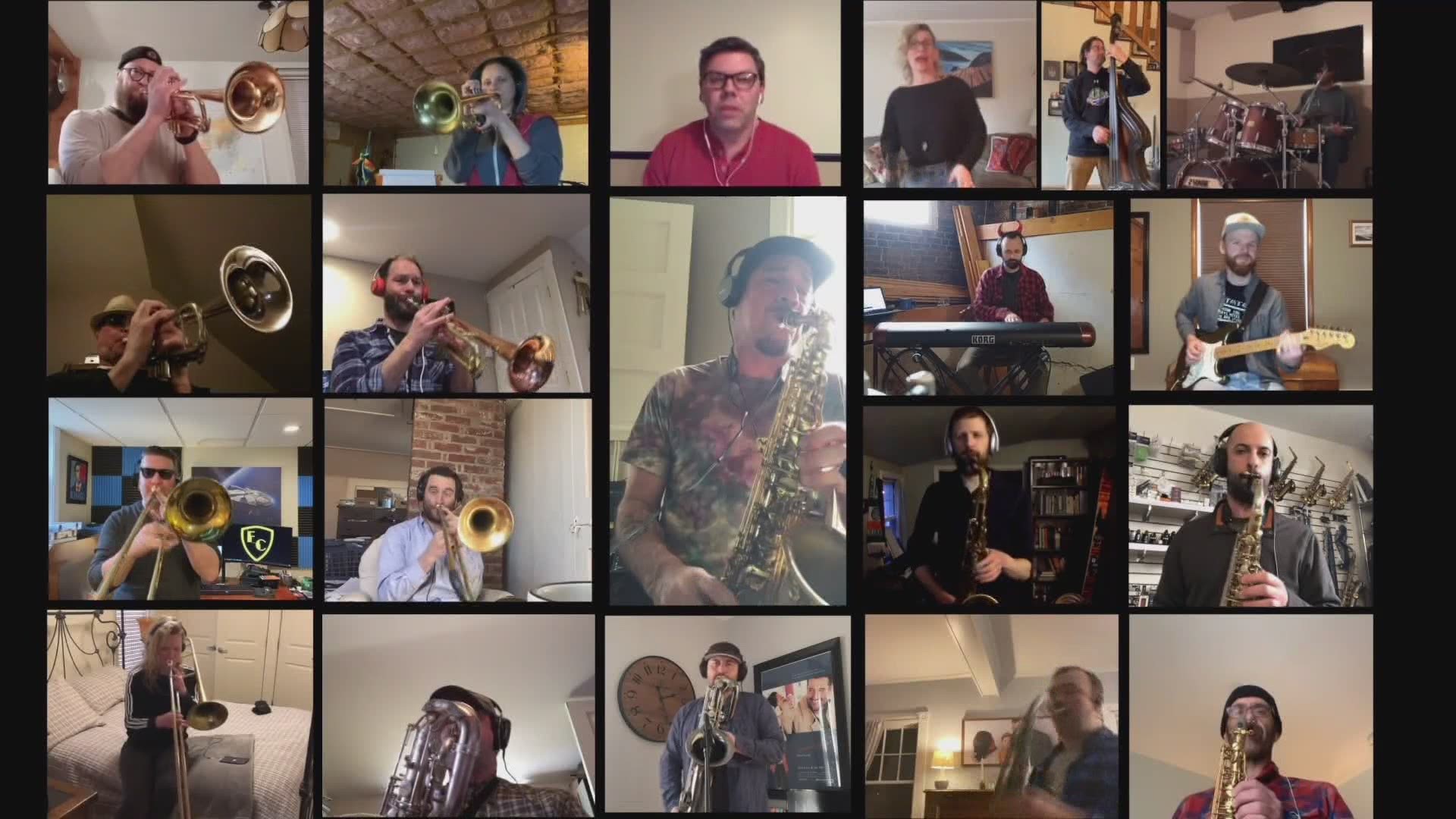 PORTLAND, Maine — Of all the things we’ve lost during the pandemic, live music—for many people—would rank high on the list. Not being able to attend a performance by an artist you like with people you like leaves a hole.

The disappearance of live shows has, of course, been far tougher on musicians, many of whom make all or part of their living from them. For the Fogcutters, Maine’s biggest popular band, the shutdown has been especially trying. The band has nineteen members, and it’s likely to be a long time before they can get together and play as a group.

“We all miss each other,” says Fogcutters co-founder Brian Graham. “We were getting together every two weeks to rehearse, and that’s basically [been happening] for the last ten years. So all of a sudden for that to be ripped away, it’s sad.”

But rather than sit around and wring their hands, the Fogcutters came up with a fun project. They wrote a song called “New Moanin’” and created a video for it in which every member of the band performs virtually. They’ve put the music chart on their website for band directors and music teachers to buy at a modest price. And a bonus: students can download the video, record themselves on an iPhone and, using the default iMovie app on the phone, insert themselves into the video. All in all, pretty cool.

We talked to Graham further about the challenges a big band faces when the music world has shrunk dramatically. Watch our interview to see how the Fogcutters are hanging in there.