He weighs in on government stimulus, renaming military bases named for Confederates and more 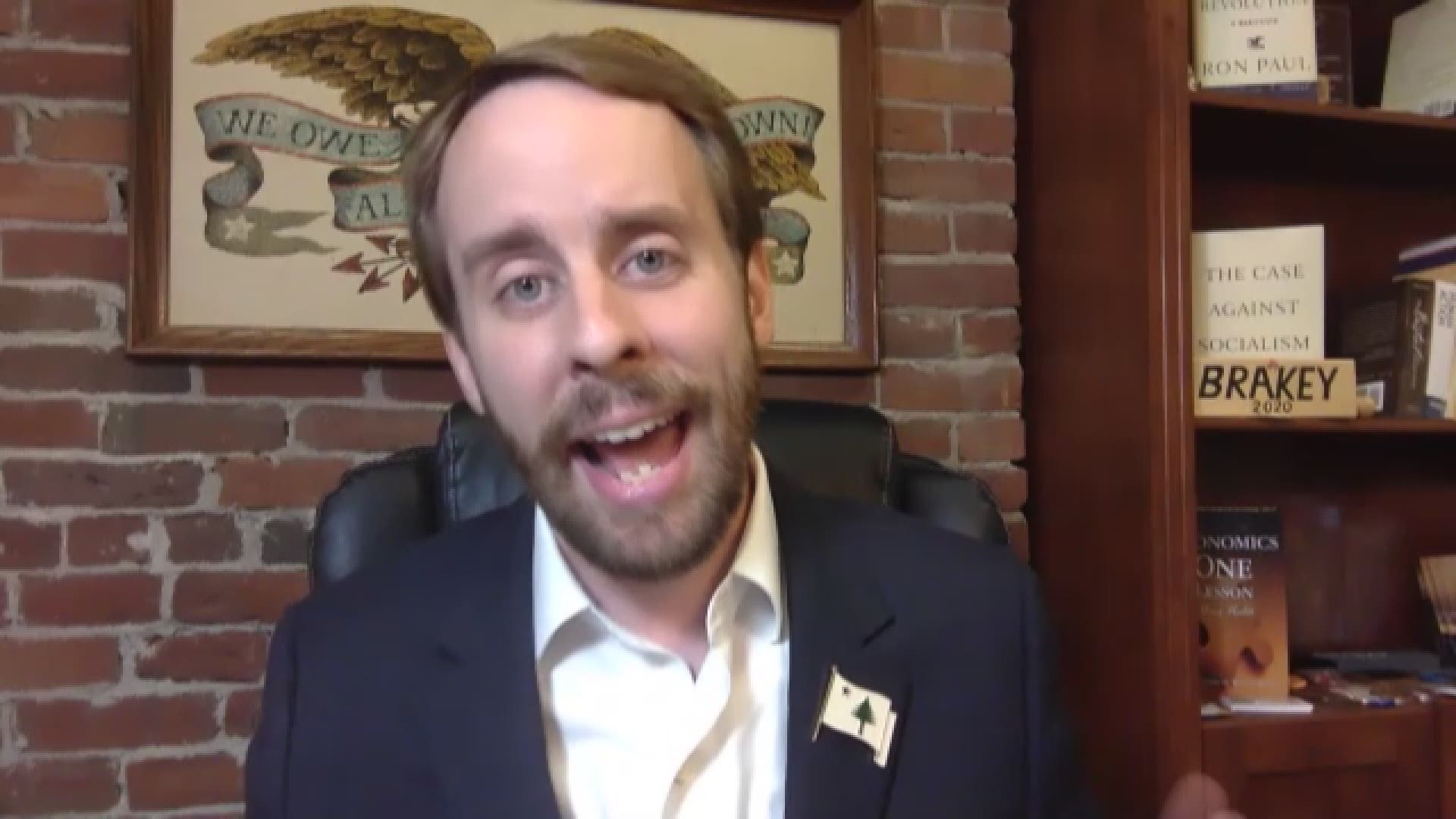 PORTLAND, Maine — The primary elections will take place on July 14 and 207 is interviewing all the candidates running in those primaries for major office. We’re talking with the three Republicans competing for their party’s nomination for Congress in Maine’s second district and the three Democrats vying for the U.S. Senate.

First up: Eric Brakey, who hopes to be the GOP nominee running for Congress against Democratic incumbent Jared Golden. He is a former state senator and was the Republican candidate in the race against Senator Angus King in 2018. In 2012, he ran Ron Paul’s presidential campaign in Maine.

Want to get a sense of where Brakey stands on some of the issues? Watch our interview.