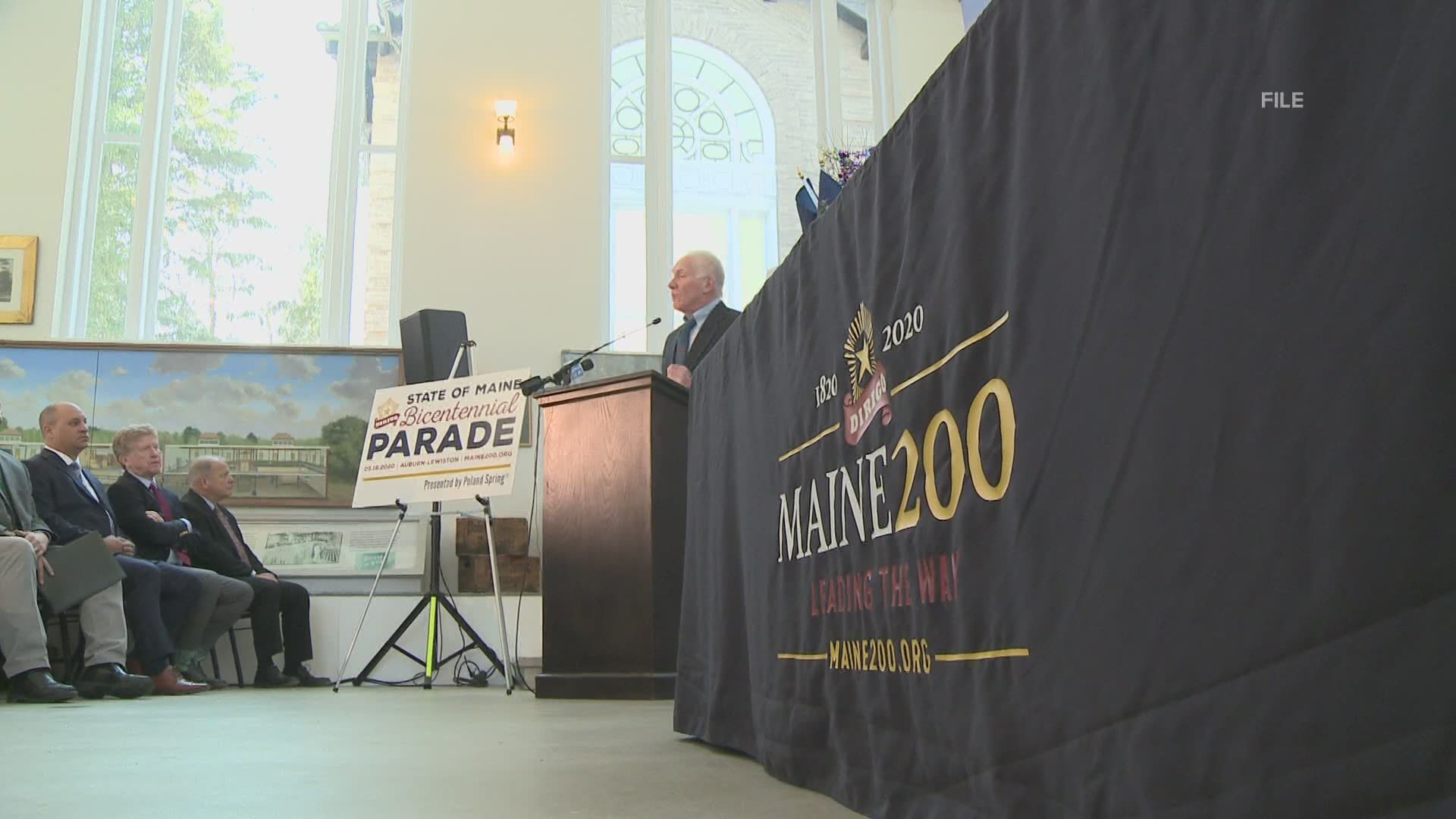 PORTLAND, Maine — The timing couldn’t have been much worse. Just as the events celebrating Maine’s 200th birthday as a state were starting to rev up in mid-March, the coronavirus struck. One bicentennial occasion after another got scratched from the calendar, and last week the Maine Bicentennial Commission announced that all the events scheduled from March to the end of this year are now officially postponed until 2021.

“We didn’t have much choice,” says Bill Diamond, the chair of the commission. “But to actually say we’re going to pull the plug on 2020 after two and a half years of putting it all together—and so many people worked so hard—it was a tough thing to do. But reality said we had to do it, so we’ll do it and move on.”

Everything the state and communities had planned will stay on the bicentennial calendar for next year, from a major parade in Lewiston-Auburn to a number of sailing ships events along the coast to the sealing of a Maine 200 time capsule. “We just can’t wait to show off to the state of Maine all the things that are going to be happening,” Diamond says with genuine enthusiasm. “It’s going to be fun.”

Since there’s not much precedent for this kind of postponement—have you ever heard of a state celebrating its bicentennial in a year other than its 200th?—a little rebranding was in order. The commission delivered: the celebration will now be called 200 plus 1. Or as the commission put it on its website, “the 2-0-7 turns 2-0-1.”

RELATED: How one of Maine’s best outdoor photographers has worked through the pandemic

RELATED: The place to go in Maine to see the night sky in all its glory