207 Viewer George Estabrook has kept tabs on her through his camera lens. 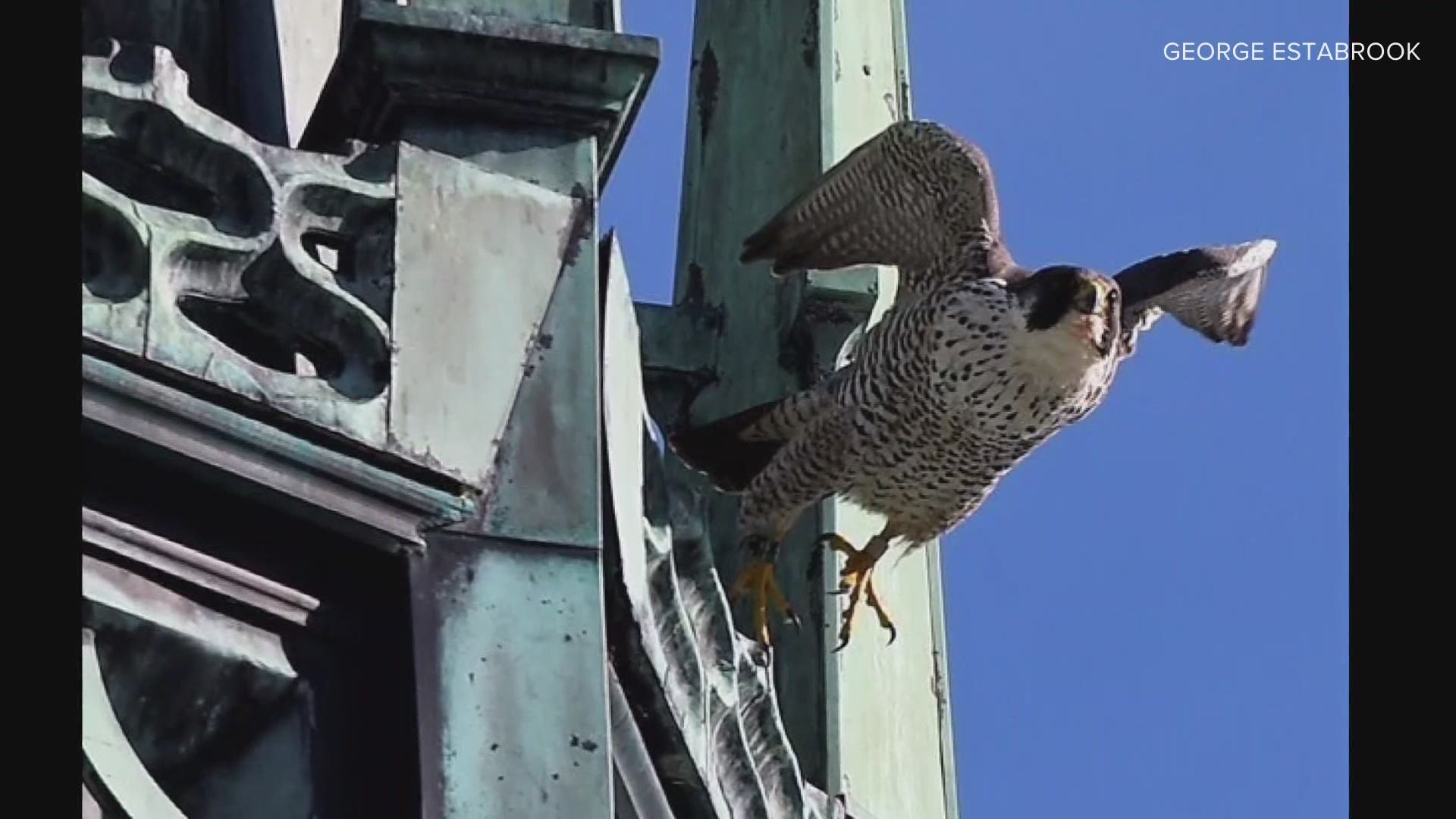 LEWISTON, Maine — Here's an update to a story we brought you earlier this week.

207's Beth McEvoy talked with Bik Wheeler, a wildlife biologist at Acadia National Park about the efforts there to provide a safe space for Peregrine falcons to nest and raise their young.

In that conversation, Bik said one of the falcons they had tagged a few years back - and continued to track -  has made her home in Lewiston.

Our viewer, George Estabrook, who goes by @themainepick on Instagram, immediately reached out to us to share these photos.

He said he has been photographing that falcon for about three years now -- he calls her "49 U" because that is the number on her tag which you can see if you look really closely at his photographs. The last photo is actually 49 U's mate -- taking off from the cross of the original St. Mary's church.

Our thanks to @themainepick for sharing those photos with us -- you can follow @themainepick on Instagram -- where he often posts photos of wildlife in Maine.