John Marshall may be famous for his Sunset Selfies but its his passion working with orphans in India that is his real passion. 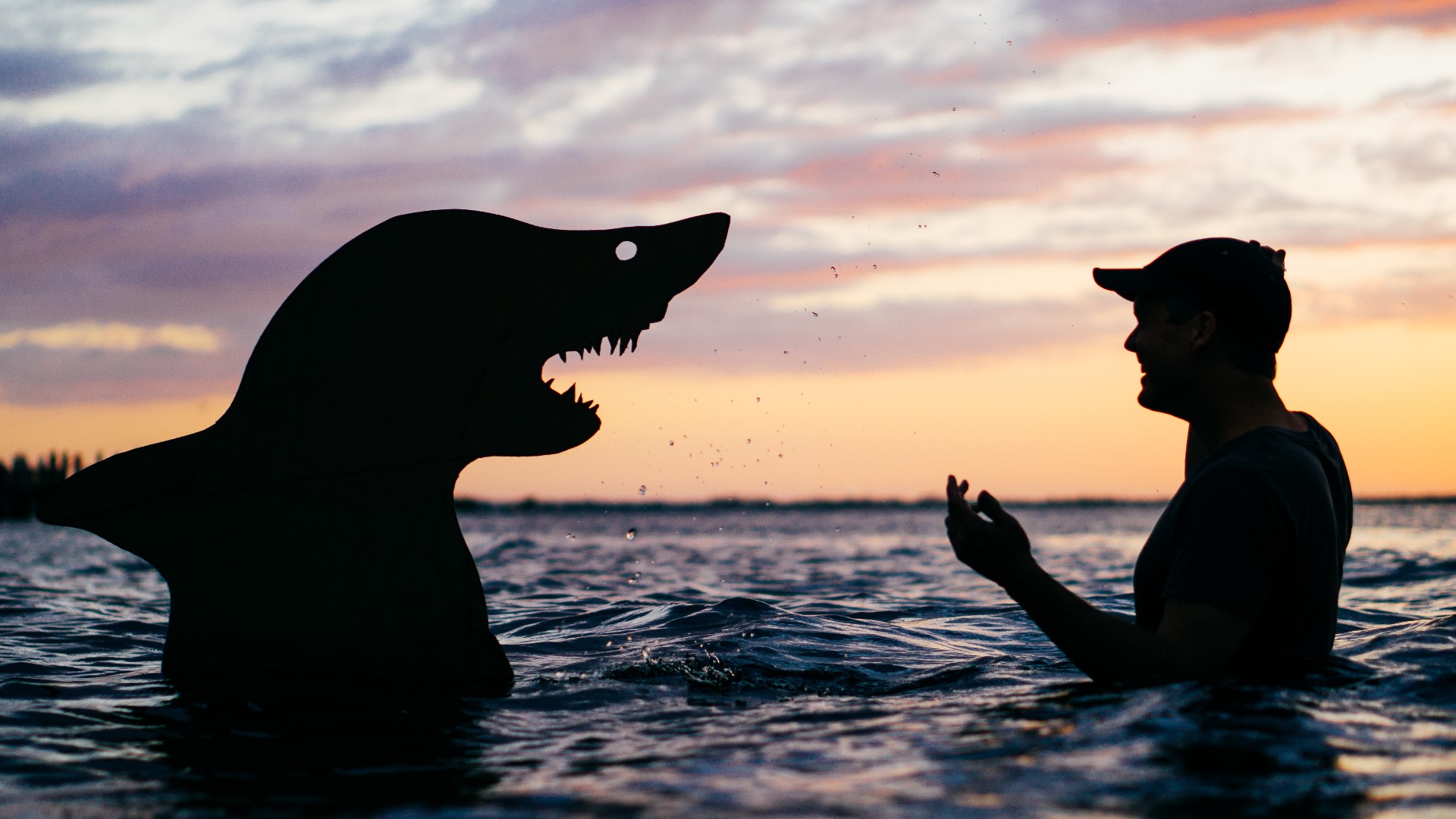 GORHAM, Maine — For some sunsets are sacred. For Mainer John Marshall they are essential for his creations. I headed out with Marshall on a cool autumn night as he searched for an obliging field to shoot his latest Sunset Selfies.

"Ok, we need to find a hill, something where we can get down lower and shoot up so we can get rid of that skyline," he says aloud but is really talking to himself.

Marshall finds the perfect spot, hammers a metal rod into the warm earth, attaches a cardboard cutout with some tape and he's ready.

"I thought it was more technical than this," I say as Marshall sets up his tripod.

"It is not technical. It is very low tech," he answers with a grin.

Marshall's more than 250 Sunset Selfies have attracted attention from all over the world. When you look at one of his shots you understand why. They're original, usually funny or whimsical, and often feature familiar and beloved characters like E.T. or Ironman.

The concept is simple enough. Marshall uses cardboard to draw and then cut out his scene pairing it with a beautiful sunset to create an impressive impact. He then captions his scenes. He sees them as a single-panel cartoon like The Far Side.

"When I was a kid my first love was cartooning...I used to draw for hours and hours as a kid. So this is my chance to be a cartoonist and kind of fulfill that childhood dream."

It all started one night when he found himself on Frye Island, soaking up a beautiful sunset in 2015. He just happened to have a pair of scissors, a beer box, and his camera.

"For no reason that I can discern I cut a little alligator shape, threw it on my head, and jumped on the rocks posing as an alligator," Marshall recalls.

Marshall took a timed photo with and didn't think much of it until he saw the picture.

"The silhouette looked so surprising and it made me think - maybe you could do more." Sunset Selfies was born.

But it's really been during the pandemic that they have taken off. Plagued with boredom and wanting to get outside, Marshall's characters really started to take shape earlier this year starting with some pandemic jokes.

Sunset Selfies have been featured in Rolling Stone Brazil, The Times of India, The Guardian in London, and on several networks including Fox News and the Kelly Clarkston show. No matter how many likes or shares his Selfies garner, it's children's reactions that steer his content.

"I don’t want to do anything that is too scary or risque or too crude for them," he explains. 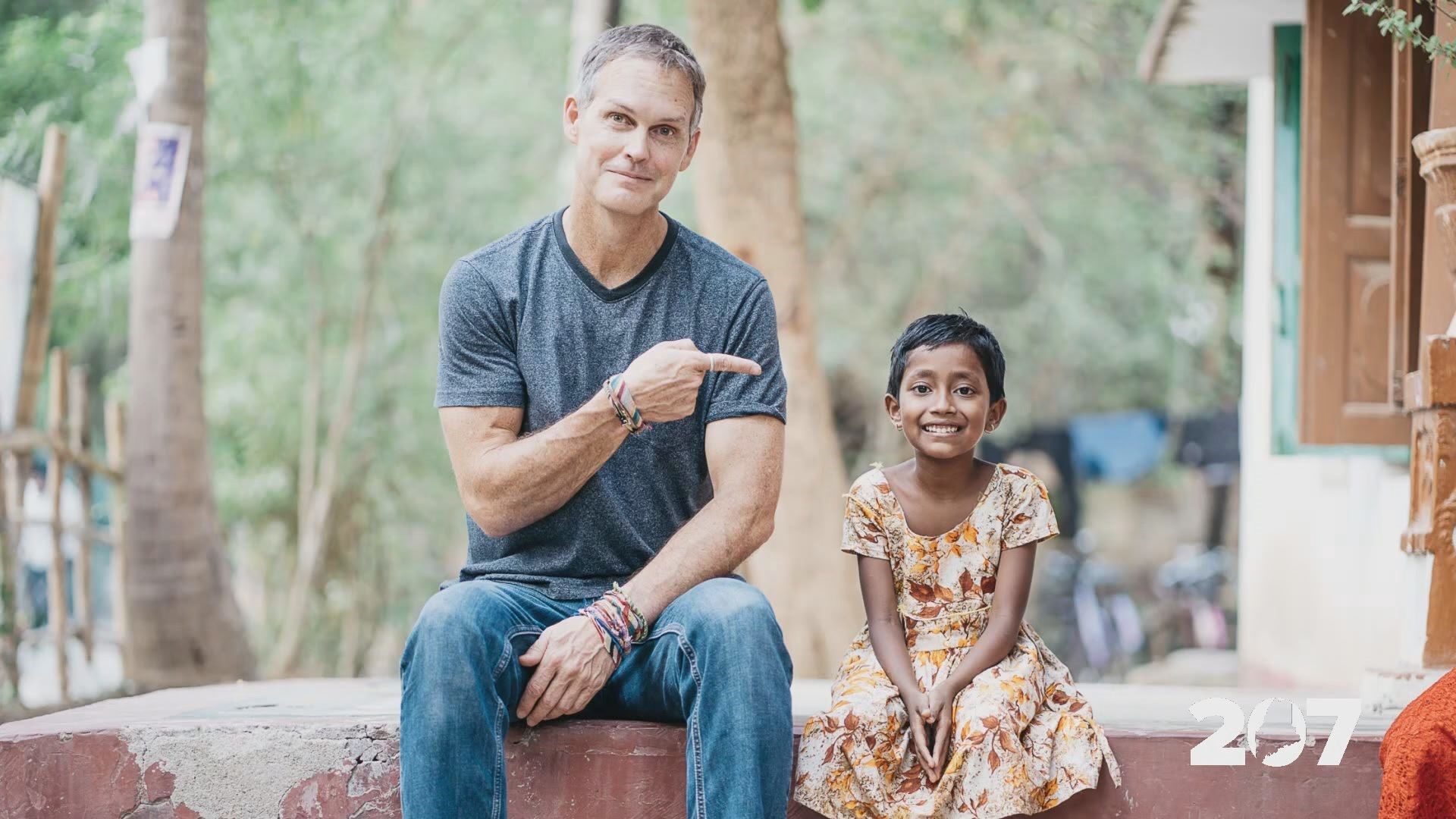 Children are of particular importance to Marshall because he has made it his job to help them, by telling their stories, specifically the stories of orphaned children in India. For the last six years, Marshall has been telling stories through short videos to raise money for orphans.

Sunset Selfies maybe his creative outlet, but helping children is his true passion, a passion that grew out of grief.

"Six years ago, I had a trifecta of loss." Marshall's marriage ended, his youngest child went off to college, and then he lost his job. Feeling alone and with little on the horizon, Marshall decided to return to India. He had sold a book about volunteering around the world and had spent time in India, so he went back to write a follow-up.

Almost as soon as he arrived, he got incredibly sick with a fungal infection. He reached out to the only people he knew in the country, friends at the Good Shepherd Agricultural Mission, an orphanage. He went to get well, planning only to stay for a couple of weeks but ended up living there for six months.

"I just fell in love with these kids and they were the ones that nursed me back to health," Marshall says. He worked with the children during the day and told stories in the nursery at night.

"I think I was mourning the loss of being a parent. My kids were very central to my life and they were gone. They didn't need me. I got to be a parent again," Marshall explains.

Not only did his health recover, his spirit healed. He began helping the orphanage raise money. Each time he made a video and shared it, the orphanage would raise four times what they were asking.

After telling stories his whole career, it dawned on Marshall he could tell one of the most important stories of his life. His work led to every child in the orphanage having a financial sponsor. The children also inspired Marshall to launch a new non-profit aimed at educating orphan girls called TeachHer.

Marshall is currently running a pilot program in India and has already sent thirteen orphan kids to college there, eight of whom are girls.

"The most vulnerable members of our human family on this planet are orphan girls," Marshall explains why he is starting with girls first.  It only costs about $2,500 a year to attend college in India but it's enough that only the richest of kids attend college. There are no pell grants or loans for students. Marshall says orphan children do not even dream of going.

TeachHer not only pays for girls to attend college it also supports them along the way and helps them make connections so that when they graduate they can find employment. Marshall knows he can't do it alone and he's depending on the help of others to make his goal a reality.

1634  They need Champions all over the world

I am not going to do this all by myself I'm going to be the Storyteller i am As far as wide as I can I'm going to tell the story and say this is a story and then More people will say I connect with that story what can I do 1654 if we can do that then we can lift up more and more and more of these kids.1658

1235 I've always been drawn to these girls often times if you go to an orphanage the boys gets all the attention the girls are kept at a distant. 1240 I always found that they're so full of it they have so much to offer and so much potential that I just thought all right I'm going to start with them

1250 I did also buy TEACH him dot org so I reserve the right to start that.

when I mention four million orphan girls that's a big number but those are individuals they have individual stories that have individual feelings and fears and hopes and dreams for the future and so as you get to know them if you look at them all at once it's overwhelming you can't do anything with four million but one of the time it's pretty manageable I'm hopeful 2212 and you think we can do one more and let's do one more in the muster 10 more and then 50 more in pretty soon you can a dent and you can make a difference in the lives of all the kids you can touch. 2224

2250 It's not going to happen without lots and lots of people involved and as I have seen in my own life,

they've made a huge life and theyll do the same for other people as well. 2300