When COVID shut down Joe Musumeci's Escape Room in Farmington, he created an app that could lead people on scavenger hunts around the state. 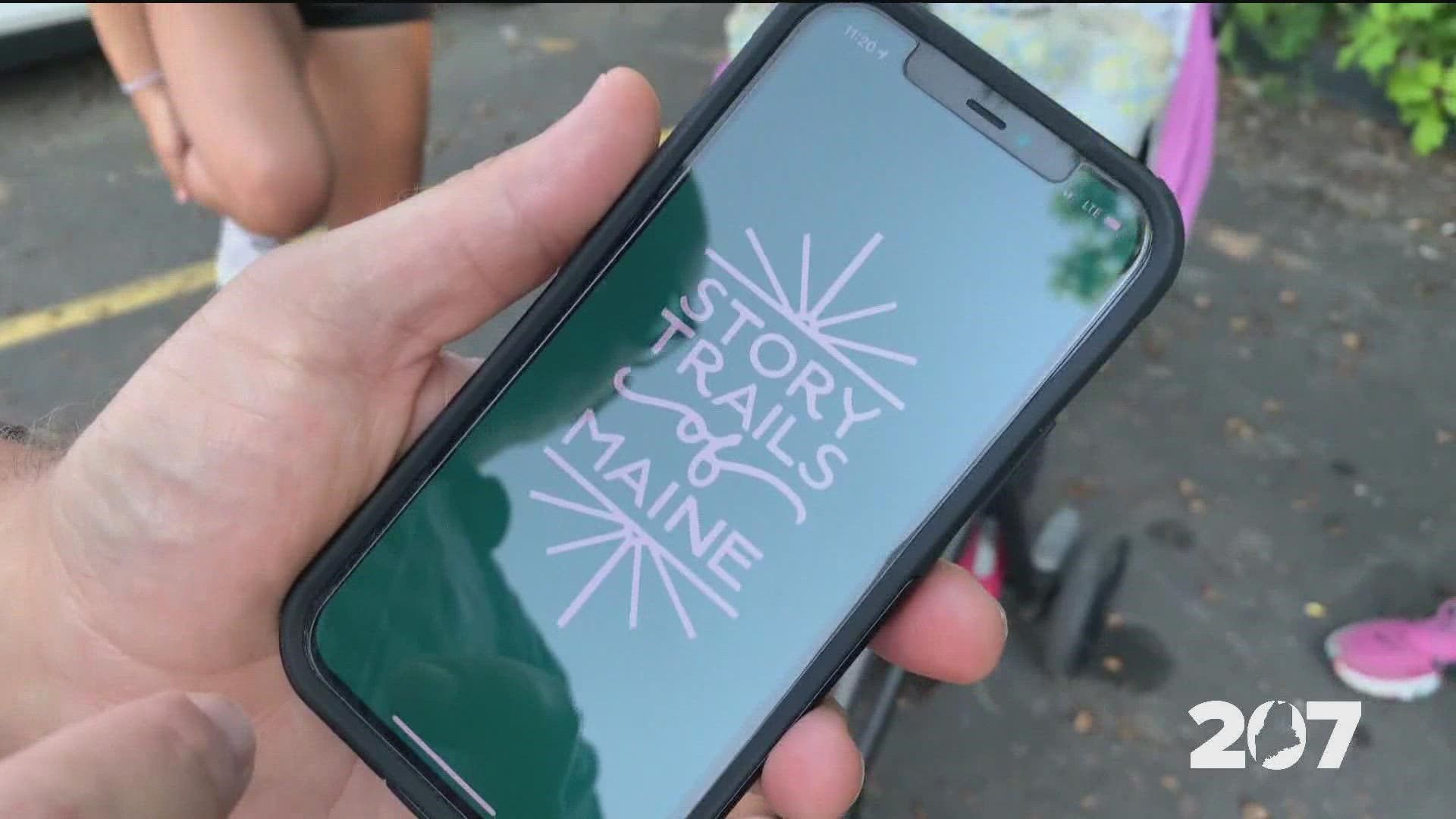 Story Trails of Maine creator Joe Musumeci wants to get people outdoors, around their community, and connect them with the places they live, know or visit.

The idea of the free app came after Musumeci's Escape Room in Farmington was shut down due to the pandemic. An avid gamer, he envisioned a way for people to solve puzzles and follow clues all while being socially distanced.

Currently, the app has scavenger hunts and puzzles in three towns, Farmington, China, and Orono, and another is underway at Norland Living History center in Livermore.

Jordan Shaw, who has taken his nieces and nephew on the scavenger hunt in Farmington, says solving puzzles as a family is a great way to spend time together and work on resolving conflicts.

Musumeci is partnering with towns and businesses across the state. One puzzle at Twice Sold Tales Bookstore in downtown Farmington will send people through a maze of books.

In an age of disappearing brick and mortar stores, Twice Sold Tales co-owner Ben Hastin said anything to attract people into the store is helpful.

"It's very cool. He’s so creative in coming up with ideas. No one else is doing stuff like this in Farmington anyway so it is really neat to see," Hastin said.

The creator of the app said the biggest challenge has been letting people know that it exists and finding other towns and businesses to partner with.