Step up to the mic and try your hand, or voice, at loon calling 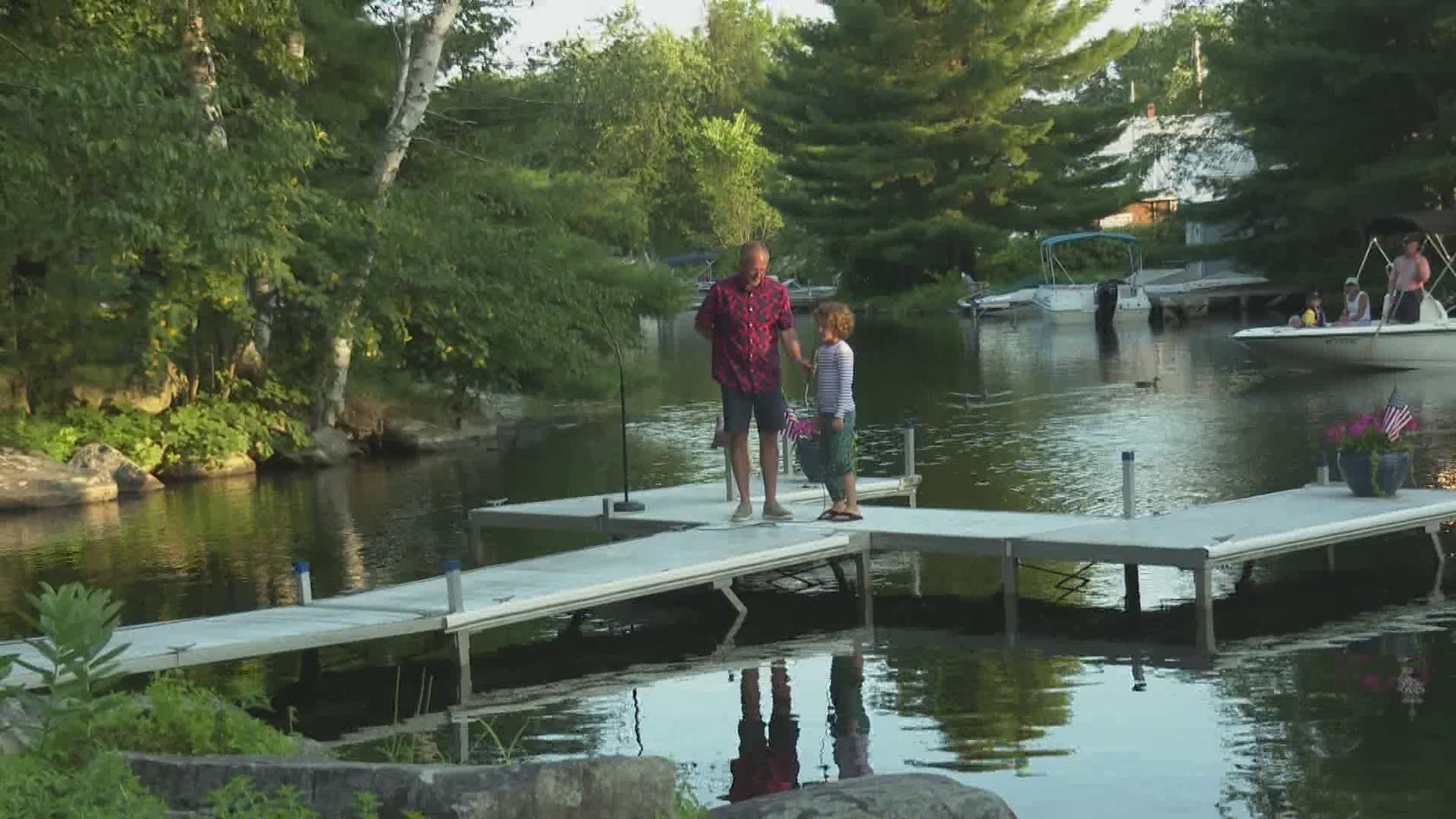 BELGRADE, Maine — Maine has no shortage of places and events we like to think of as "well-kept secrets" and this story just might fall in to that category. On the first Saturday of August, for nearly 40 years, Belgrade Lakes has played host to its own well-kept secret – the Loon Calling Contest. This year, due to the pandemic,  the contest will not  be held.

Belgrade Lakes is just about as beautiful and peaceful a spot in Maine as you could ask for. That is, of course, until the solitude gives way to a gathering of loon-callers.

Just as the day is beginning to wind down, residents and visitors alike gather on the bridge that marks the center of Belgrade Lakes Village, between Great and Long Ponds. Participants sign up in three categories – 7 and under, 8 to 12, and 13 and older – all the while eyeing the display of trophies.

And without a lot of fuss, the competition gets underway.

John Rice is the owner of Castle Island Camps, and when he and his wife purchased the camps in 2002, he took over emcee-ing the event. Has it changed? "Not at all! Kids come year after year, some of the adults take it just as serious and they keep coming back. It’s just so much fun to watch the kids."

One by one, contestants walk out on the dock, turn and face the crowd, and give it a go. They not only mimic the call, but do so before a crowd which makes it all the more challenging. John’s three daughters serve as the judges.

And as the sun sinks closer to the horizon, the loon callers disperse, leaving the distinctive and haunting call of the loons -- to those who really do it best.

RELATED: This is the summer to be outdoors in Maine—and here’s where to eat and camp

RELATED: Getting to know Maine's biologists and researchers through a podcast

RELATED: Chomping at the bit to be a world-class Icelandic Horse rider and trainer