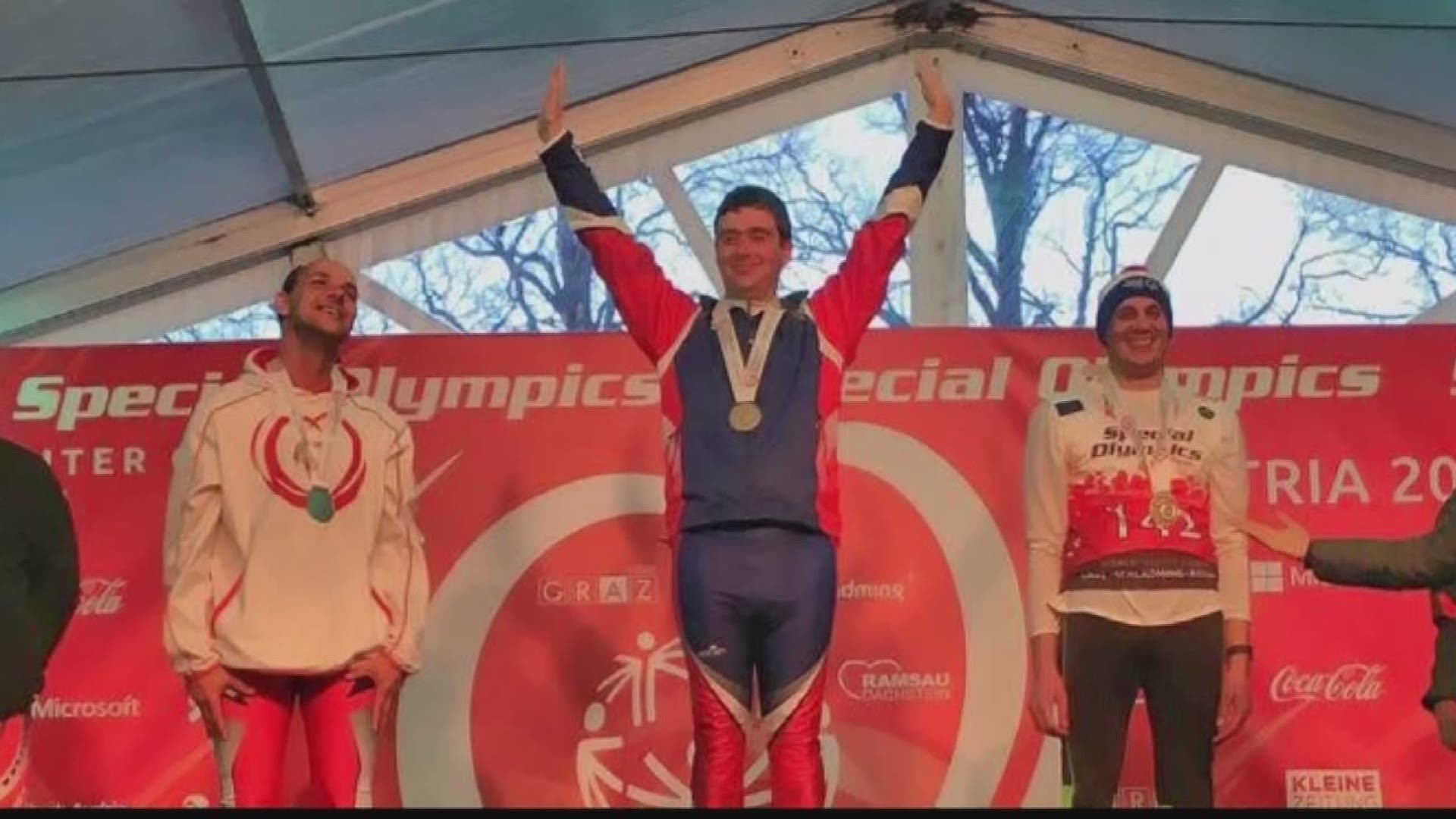 PORTLAND, Maine (NEWS CENTER) -- When special Olympian Lucas Houk returned home from competing in the world winter games in Austria, he had good reason to celebrate.

Houk works  at Jo-Ann Fabrics and Crafts in South Portland, as well as at Eco-Kids and Fleet Feet Maine Running Company in Portland. His first day back at Eco-Kids came with a cake and celebration in honor of his Olympic success.
"I just won the first gold medal in the 5K race and two fifth ribbons in the 1K relay race and the 2.5K relay race," said Houk.
While working on the job at the company that makes eco friendly art supplies for kids, Houk always comes with a smile and upbeat personality according to co-owner Kip Weeks. There wasn't much surprise in the building when the news came that Lucas found the highest step on the podium at the Special Olympics World Winter Games in Austria.
"When I heard he had gold, I was just like it just figures. For Lucas he's someone who subconsciously always seems to come out on top," said Weeks.
In addition to his five days a week at Eco-Kids, Lucas also clocks in at Fleet Feet in Portland where his positive attitude carries over between jobs. Erin Flatley, director of communications and marketing, gathered co-workers and friends of Houk together to celebrate his Olympic success.
"His personality is just so contagious, so that excitement that he has just carry's over to everyone else too whenever he's here," said Flatley.
Houk was joined in Austria by teammate Anna McDougal of Wiscasset. Find out how she celebrated her Olympic success Wednesday on 207.