Natále is a New England based artist. Her first album is Giving All To You. It was recorded in Biddeford and mastered by Adam Ayan of Bob Ludwig's Studios. 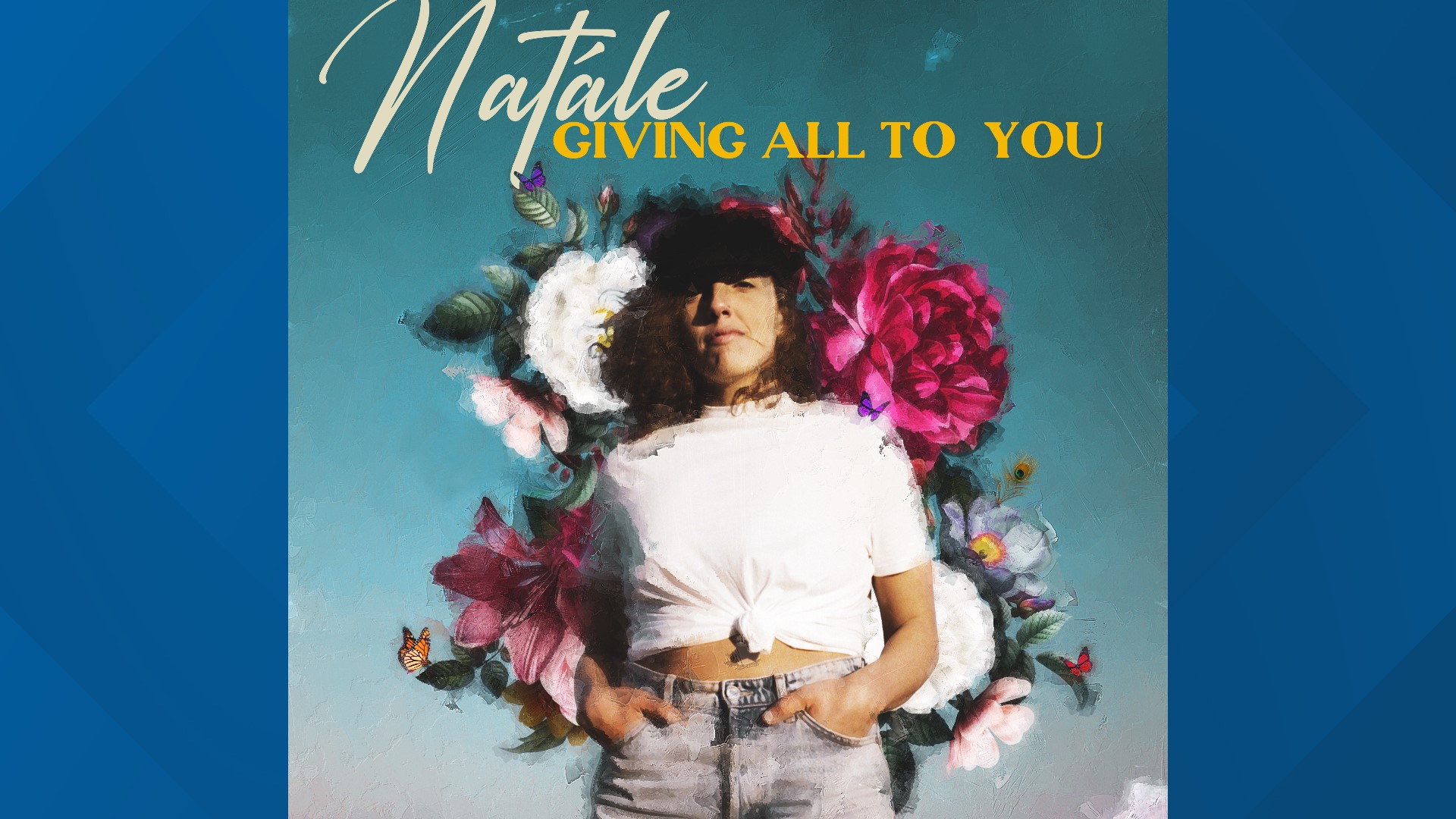 BIDDEFORD, Maine — How do you launch a singing career during a pandemic when live music is all but impossible? One woman living in New England has taken a unique approach.

Natále is a singer-songwriter who grew up outside of Philadelphia, spent several years living in Israel, and is currently living on an organic farm in New Hampshire. Her first album, a soulful mix of slow and upbeat songs, "Giving All To You" was recorded while she was living in Biddeford and mastered by Adam Ayan of Bob Ludwig's Studios in Portland.

"My first little rinky-dink, makeshift bedroom album, and they're mastering it. That is pretty cool," says Natále.

Over the summer of 2020, she bought a school bus out west and drove it back home to New Hampshire. Along the way, she burned her cd on her laptop and stopped by radio stations to hand-deliver her music. She also handed it out to people she met.

"Just because we're all entering this digital era doesn't mean we have to give in completely to that lifestyle. The more one-on-one approach is really special," says Natále who practices a holistic lifestyle and is all about spreading "good vibes" in her music and in life.

The message in her music mimics the positivity she's trying to spread in her deep, bluesy voice that has been compared with Amy Winehouse, a comparison she welcomes and is flattered by.

"'Day To Night' is kind of this metaphor of coming out of the darkness into the color and into the light and flourishing and blossoming. 'Baby, It's Alright' is saying it's okay if we have different perspectives because we're all here for love," she explains of two of her songs.

Natále has a digital show coming up at the Camden Opera House on April 16.  She and her partner are working on converting their bus, which they call 'Big Mama' into a tiny home. Her dream is to travel the U.S., performing from 'Big Mama' at beaches and national parks.

But if her music can impart just one message, Natále hopes it inspires people to believe in themselves. She has only been pursuing her singing career for a handful of years, but she is amazed and grateful at the progress she's making as she believes in herself and others around her.