Should Manhattan clam chowder be illegal in Maine? Meet the lawmaker who thought so

“I know what I would call it,” he said. “Vegetable soup.” 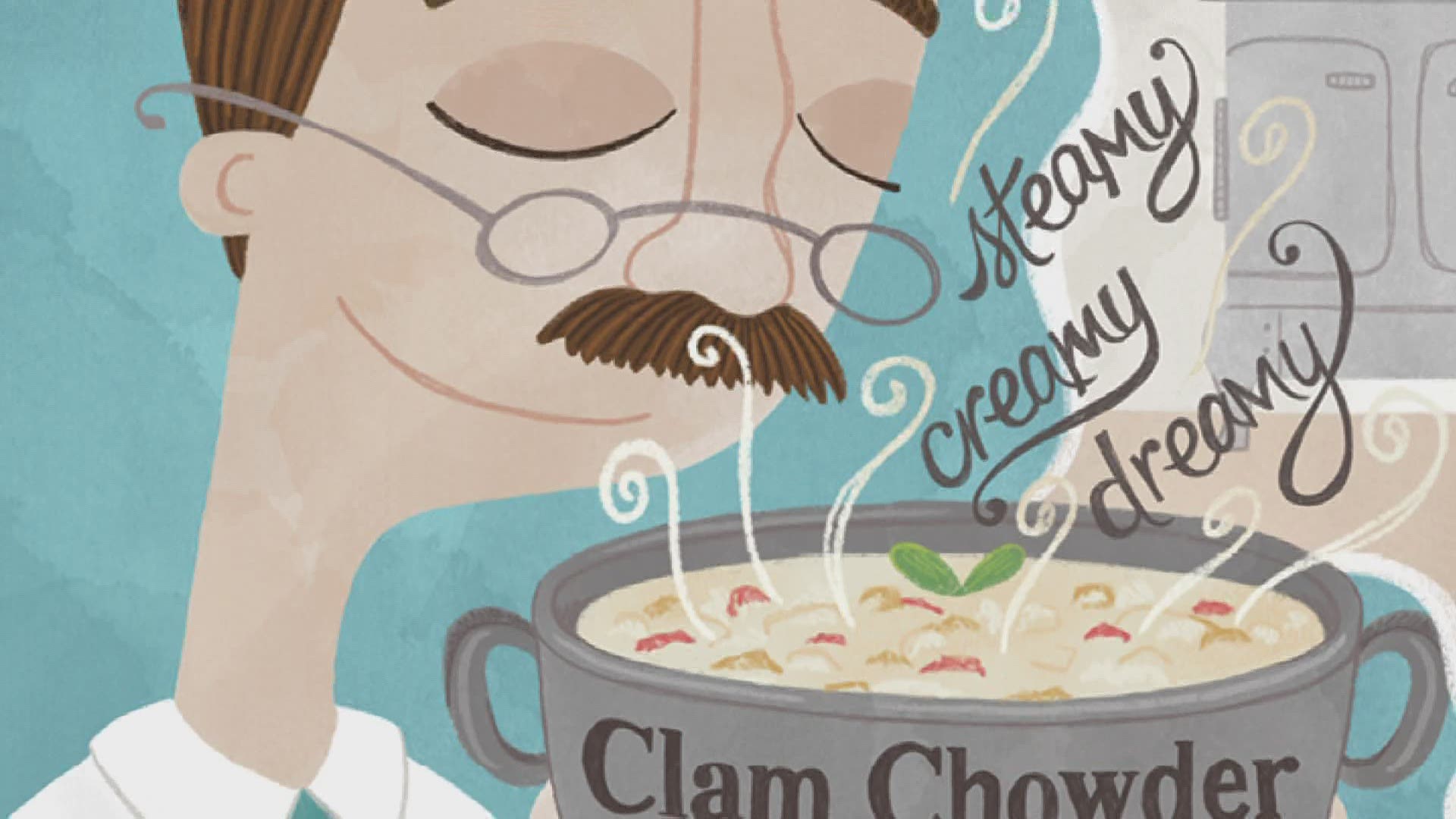 PORTLAND, Maine — Although I’ve talked with thousands of people for 207, I had never conducted an interview over a bowl of chowder. That changed when I sat down with Anna Crowley Redding, the author of a new book for children called “Chowder Rules! The True Story of an Epic Food Fight.” At a picnic table overlooking the ocean, with a wary eye on the hooligan seagulls that swoop in to nab any undefended morsel of food, we ate and talked about her latest work.

The story begins in 1939 when a Maine state legislator with the unlikely name of Cleveland Sleeper Jr. learned of Manhattan clam chowder. As a devotee of New England clam chowder, he was appalled to discover that the New York version was made with…tomatoes. “He was, quite frankly, disgusted,” Redding says with a laugh. “He said ‘I know what I would call it—vegetable soup.’ “

RELATED: Meet a hero of U.S. history. By the way, you’ve never heard of him.

Acting on his firm conviction that there was no place in his home state for Manhattan clam chowder, Sleeper actually had a bill written up that would make chowder with tomatoes in it illegal in Maine. The press, of course, had a field day with the story, which got attention across the country. Sleeper even did a live debate on the radio with New York Yankees star Joe Dimaggio, who spoke in defense of tomatoes in chowder.

In the end, the bill was put aside, and the matter of which chowder was superior was settled in a cookoff at the Lafayette Hotel in Portland. The judges included the not exactly impartial governor of Maine and the woman who invented the chocolate chip cookie. You can probably guess which chowder prevailed. And that helps explain why Manhattan clam chowder is practically nonexistent in Maine—but not illegal.

RELATED: The Maine poet who was a rock star