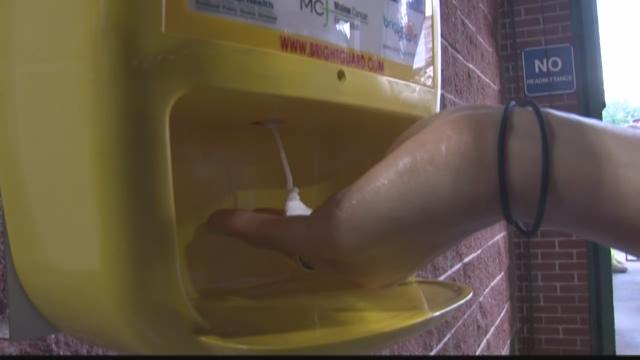 The Minor League Baseball initiative is a partnership between the Sea Dogs, American Cancer Society and Portland Public Health. The first 1,000 fans to attend the game received free sun screen samples, but now every fan this summer will get a chance to protect themselves from the sun. Five sun screen dispensers have been displayed around Hadlock Field.

Jessica Bedell was invited to throw the first pitch during the Sea Dogs game against the Harrisburg Senators. Bedell was diagnosed with Melanoma in February. Thanks to surgery she's now cancer free, but understands the importance of protecting your skin from too much sun.

"It's great to be out in the sun we need the Vitamin D, but just do it safely, wear a hat, get a good sun screen," said Bedell.

The partnership between the Portland Sea Dogs and the City of Portland's Public Health Division this season is part of their Play More Burn Less campaign.