Screenwriter of 'The Marksman' grew up in Kennebunk

Chris Charles attributes his supportive family, friends, and teachers at Kennebunk High School for helping him reach his dreams in the arts. 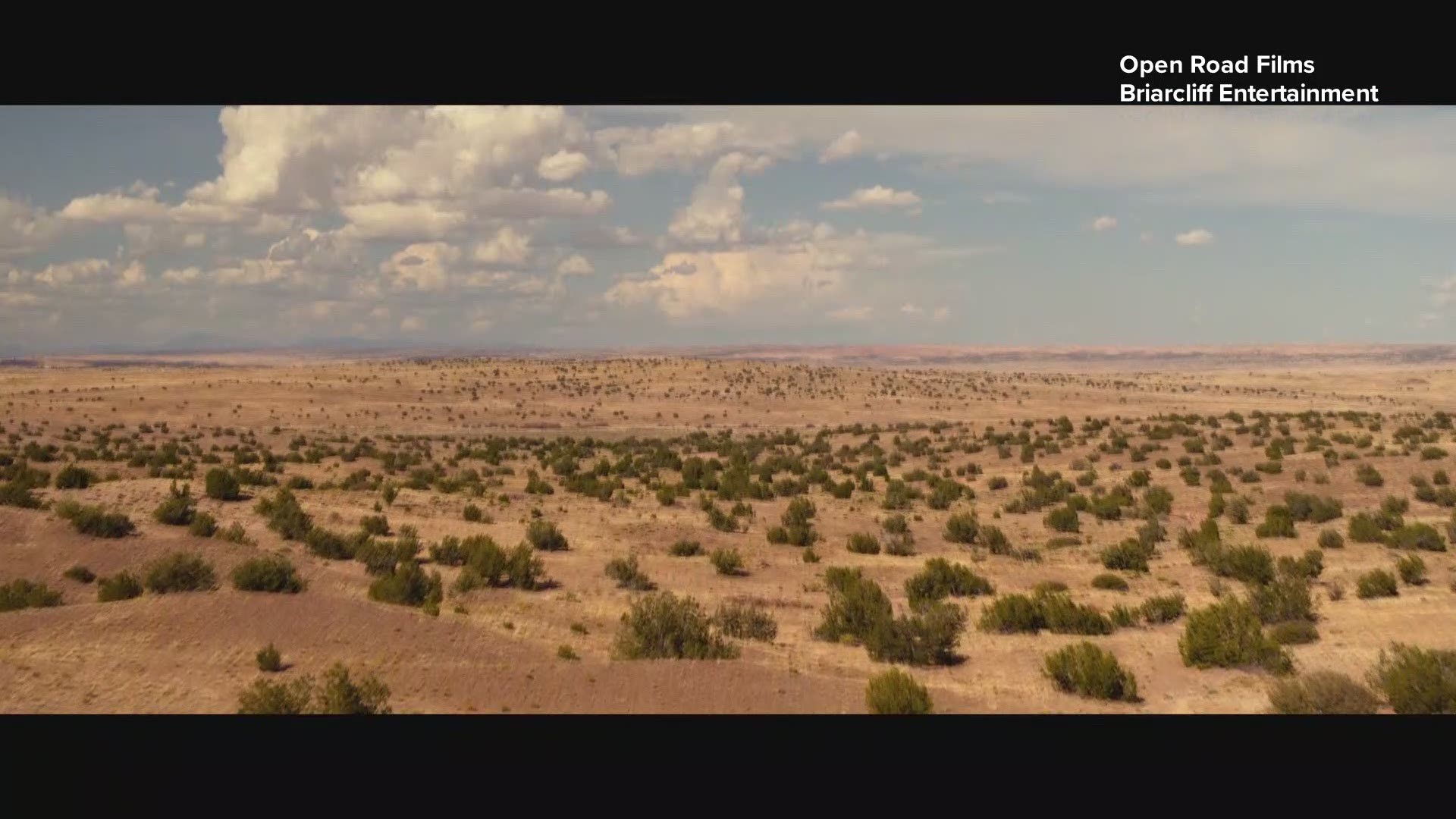 KENNEBUNK, Maine — Chris Charles knew at a young age that he wanted to work in the arts, however, had no idea that one day that would lead him to co-write a blockbuster film starring Liam Neeson.

"Growing up in Maine, I was very lucky to go to Kennebunk High School, to have supportive teachers, classmates, and parents to encourage me to pursue the arts," said Charles, who now lives in Wisconsin.

"With an early draft of the script, we did a table read and everyone loved it but act three, they hated. They said, 'take it out behind the barn and shoot it.'"

Harsh words, but Charles said he's learned that good criticism, no matter how hard to swallow, yields the best results.

The story idea came to Charles when he was a student at Columbia College, reading about the conflicts taking place at the southern border. He wanted to give a political issue a human spotlight.

Credit: Charles
Chris Charles and his writing partner Danny Kravitz on the set of The Marksman.

"I wasn't interested in telling people how to feel about something but I wanted to show a story about human beings that cuts across the different viewpoints."

The film is set in Chicago and Arizona but was shot in Ohio and New Mexico over 29 days, many of which Charles and Kravitz were on set.

Redemption is a paramount theme in the film, one that is deeply personal to Charles.

Credit: Charles
Charles watches a scene on a monitor on the set of The Marksman.

"Like many young teens I got into my fair share of trouble, my poor parents! As a guy who got through those times and figured out my path in life, I enjoy writing about characters who go through challenges like that and find their own path," Charles said.

Holding out hope and never giving up on his dream that took nearly a decade to become realized is the biggest takeaway Charles is taking from his work on The Marksman.

Credit: Charles
Chris Charles on the set of The Marksman in Cleveland

"I never gave up and I am really glad that I didn't because to see it come to fruition has been really rewarding."

Charles and his business partner hope to release an independent feature film later this year that stars Shelley Long, Lynda Carter, and Luke Wilson. Charles is also working on his fourth screenplay with his writing partner Kravitz.

RELATED: Maine couple lives off the land, teaches others through their primitive-skills school