Jacob Lewis did not mind too much that graduation ceremonies and celebrations were canceled by Covid-19 but he knew it bothered his classmates so he got to work. 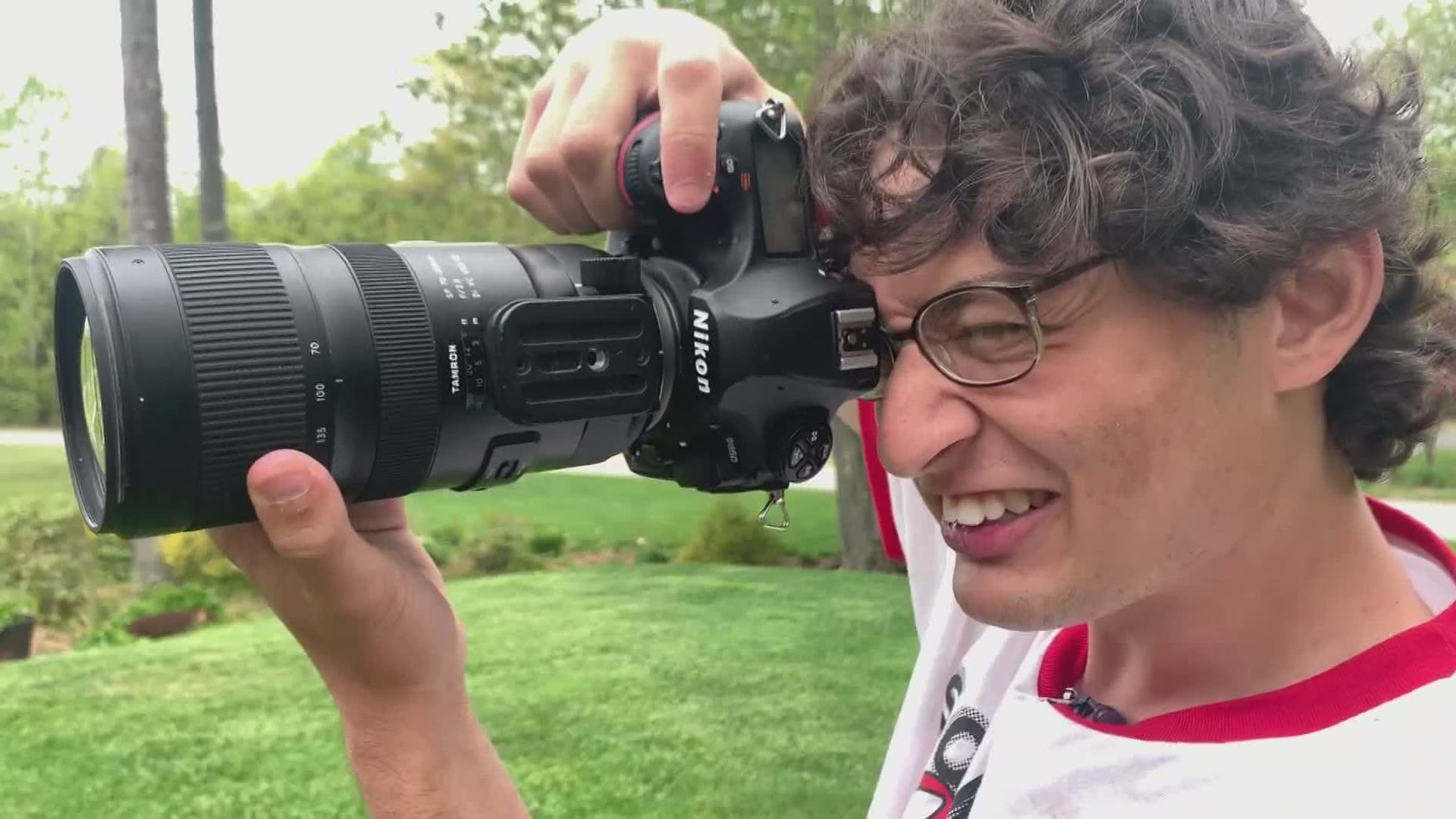 In fresh-cut lawns across the state, graduation signs celebrating the senior class of 2020 can be spotted as parents, neighbors, and school staff try to celebrate seniors from a distance. Like most things this year, the graduation for the class of 2020 will be one for the history books.

While many students are feeling the strain of missing out on a typical end to a high school career, a student from Scarborough decided to do something himself to help his fellow classmates feel celebrated.

Jacob Lewis has been snapping photos and making videos since he was 14 and he's turned his interest into a small business and some serious skills. Lewis takes family and senior portraits, has booked weddings, and done a lot more.

"I was fairly able to overcome the idea that we were not going to have all these ceremonies and stuff because I wasn't that into it but I recognize that a lot of people were missing out on that," Lewis explains.

He thought he could use his camera to help.

He landed on a project he's calling 'QuaranTeen Portraits'. For any senior in his graduating class, Lewis will do a photoshoot with them in three t-shirts on their front doorstep. The t-shirts represent them as seniors with a class shirt from Scarborough that all students have, where they are going next year, usually with a college t-shirt and one picture of just who they are. Lewis also asks the students to answer three simple questions.

The pictures are stitched together using Photoshop so that it looks like the senior is in three places at once. Lewis posts the completed shoots to his website and gives a copy to each classmate.

"I wanted to do something that would both make them feel a little bit better about the situation while making me feel good about being creative," explains Lewis. Because many students found out after school was closed which college they are going to the project has been a great way to announce it to friends and family.

In the fall, Lewis is heading to Hofstra University to study photography and videography. He is very candid about the fact that he has autism but makes it clear that having autism is not a reason to celebrate his project or talents.

"Being autistic is not inspirational. If people are feeling inspired by this... It's not because I'm autistic but because the photography project and the work is speaking to them in some way."

"I think it's a great project," says Senior Nate Mars.

"I think it's a great service he's providing all the seniors this year," says Mars.

For Lewis, the response has been surprising. All the effort Lewis has put into the project has helped him during this solitary time to stay connected all while doing service for his classmates.

Lewis has done around 30 photoshoots and says he has another three dozen scheduled. He says he will continue with the photoshoots through June.

Check out the project here.

RELATED: A boom in business for small farms as buyers seek local food, but can the trend continue?

RELATED: The show must go on! Coronavirus can't cancel a High School musical

But truth be told, it is hard to celebrate remotely or online.