In New Hampshire, a return to her reporting roots 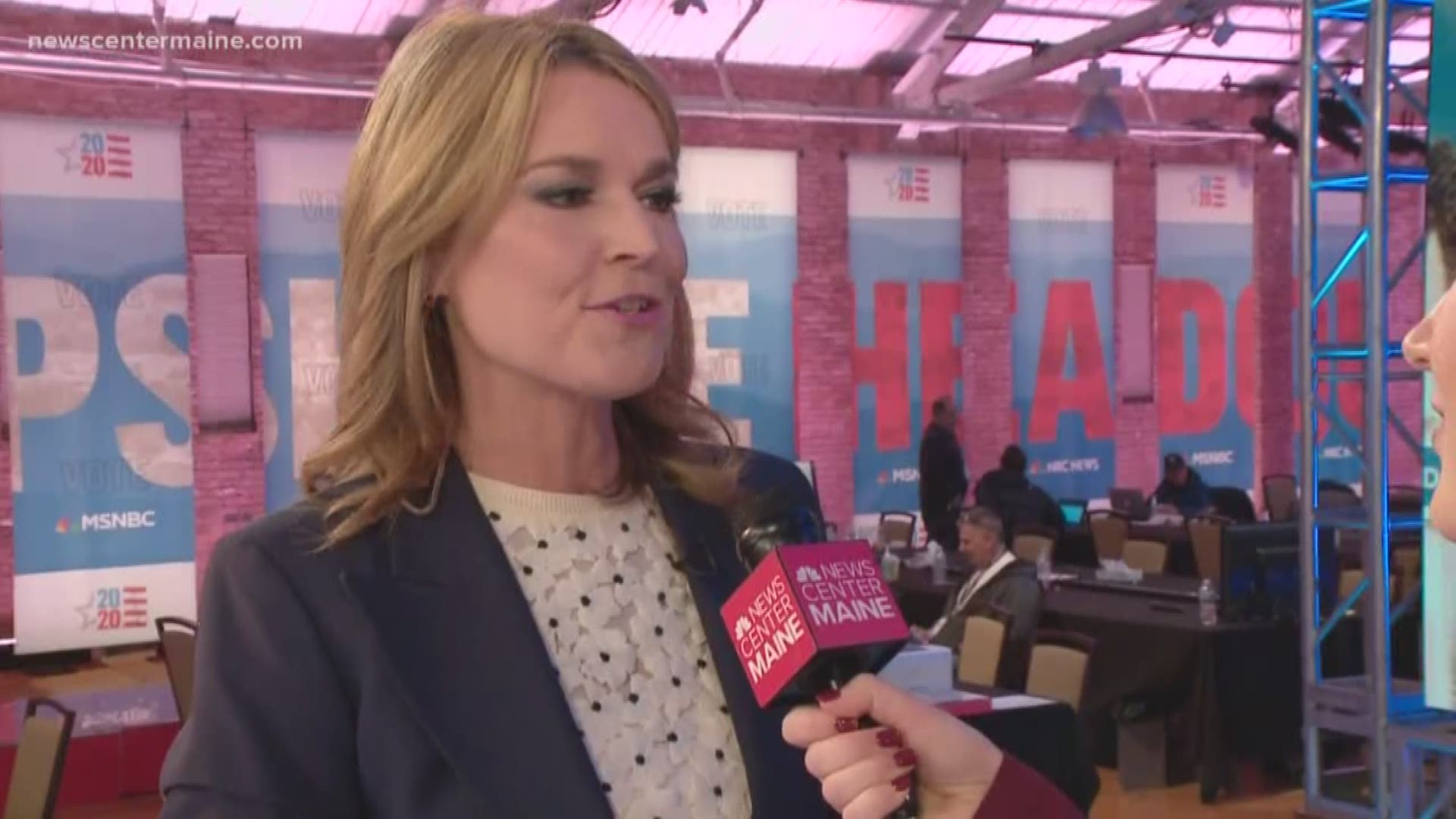 MANCHESTER, N.H. — The major news organizations do not hesitate to send their best troops to New Hampshire to cover the presidential primary, so it was no surprise when NEWS CENTER Maine’s Hannah Dineen got a chance to interview Today show co-anchor Savannah Guthrie in Manchester. For anchors who are usually tied to a desk in New York, it’s fun to travel to a much different place to cover a story with a thousand different angles. As Guthrie said, it takes her back to her reporting roots.

Virtually every national reporter who covers even some politics spends time in New Hampshire every four years. Maine, in contrast, has never been a major stop in the presidential campaign because by the time our votes are cast the candidates are off to far bigger states with many more delegates at stake.

That explains why Guthrie has been to Maine only once. She came recently to celebrate a friend’s 50th birthday, and she mentioned to Hannah that she’d heard that Portland has a great food scene.

So there it is in a nutshell. The national media travel to New Hampshire for politics. They come to Maine for the food.

RELATED: A few minutes with Andrea Mitchell of NBC News